A U.S. aircraft carrier will be redeployed to waters east of South Korea on Wednesday, South Korea's military said, one day after North Korea launched a ballistic missile over Japan and brought swift condemnation from the United States and its regional allies in response.

The nuclear-powered aircraft carrier Ronald Reagan left the Sea of Japan off the Korean Peninsula after a joint naval drill involving South Korea, the United States and Japan last week, but will return, South Korea's Joint Chiefs of Staff said in a statement. 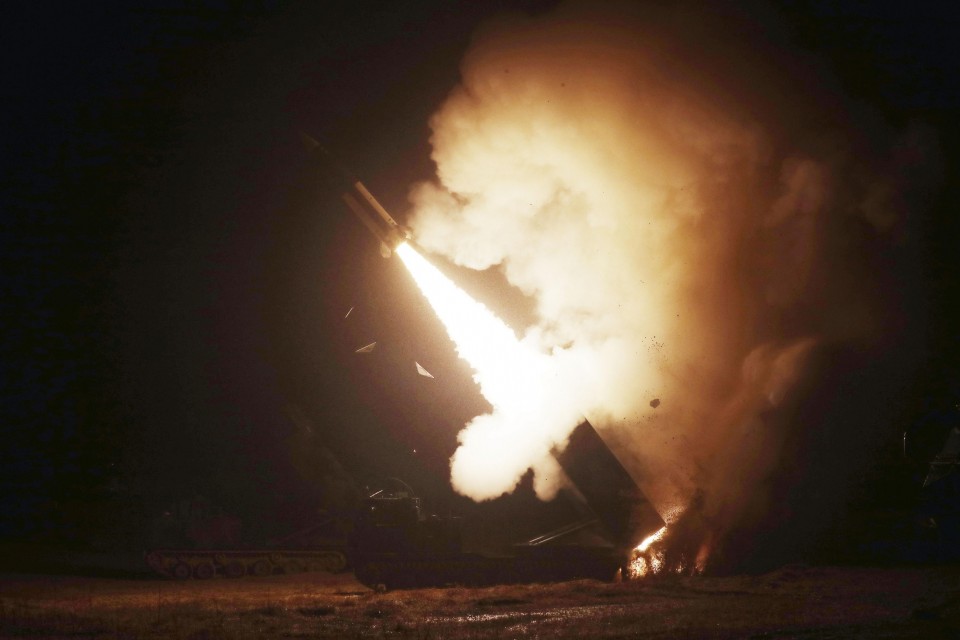 Supplied photo shows a tactical surface-to-surface missile fired towards the Sea of Japan by the U.S. and South Korean military on Oct. 5, 2022. (Photo courtesy of South Korea's Joint Chiefs of Staff)(Kyodo)

"Such a return by an aircraft carrier is very unusual" and underscores the South Korea-U.S. alliance's "strong willingness to take determined measures against any provocations from North Korea," the statement said.

One of the ballistic missiles launched early Wednesday as part of the U.S.-South Korean response to the North Korean missile test flew abnormally and fell on a base in the country's northeast, a military official said.

South Korean media reported that the Hyunmoo-2 missile fell within the perimeter of a base in Gangneung, a city on the country's northeastern coast, prompting residents surprised by the sound of an explosion to report the incident.

The four missiles launched by South Korea and the United States were Army Tactical Missile System missiles, the same type of missiles fired in response to North Korea's launch of eight short-range ballistic missiles in June.

The allies fired two ATACMS missiles each this time at mock targets, according to the JCS.

Tuesday's launch was the first North Korean ballistic missile to fly over the Japanese archipelago in five years. It was assessed to have flown 4,600 kilometers, putting the U.S. territory of Guam, where key military bases are located, within range and making it the longest-ever North Korean test missile flight.

A high-ranking official from South Korea's presidential office told reporters on Wednesday that North Korea's recent provocations, including Tuesday's launch, seem to be graduated steps that boost the likelihood of a seventh nuclear test by the North.

South Korea's Yonhap News Agency reported the Defense Ministry briefed parliament on Tuesday that the country is strengthening its attack capabilities to discourage North Korea from attempting to use nuclear weapons.

The ministry also informed lawmakers of its plans to improve the capabilities of a special forces unit tasked with leadership "decapitation operations," according to the report.