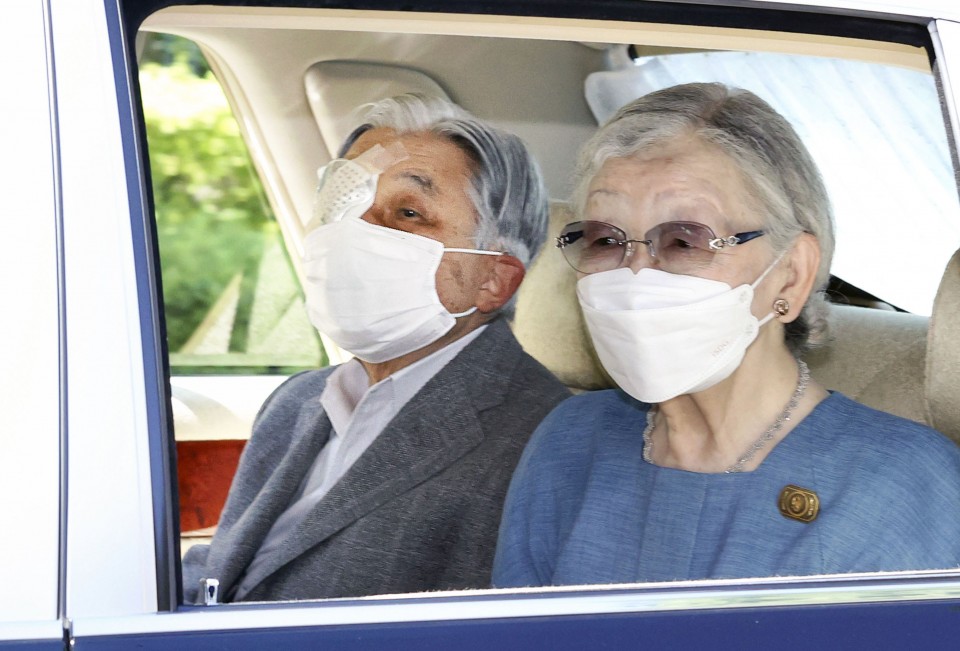 His doctor decided to operate after the former emperor appeared to have difficulty reading small letters. Glaucoma discovered in his right eye had been treated with eye drops.

A car carrying the former emperor, who was wearing glasses, entered the University of Tokyo Hospital at around 9:30 a.m. Sunday. His wife, former Empress Michiko, arrived later in a separate car to accompany him.

When the couple left the hospital just before noon, the former emperor was seen wearing an eyepatch over his right eye.

Former Emperor Akihito stepped down from the Chrysanthemum Throne on April 30, 2019, becoming the first Japanese monarch to abdicate in around 200 years. His eldest son, Naruhito, succeeded to the throne the following day.

The former emperor had indicated his wish to relinquish the throne due to concerns over his advanced age and declining health, and it was granted through a one-off piece of legislation.

Former emperor, empress move out of temporary home in Tokyo