Former yokozuna Hakuho will hold his official retirement ceremony on Jan. 28 at Tokyo's Ryogoku Kokugikan, the winner of a record 45 grand sumo tournaments announced Monday in an online press conference. 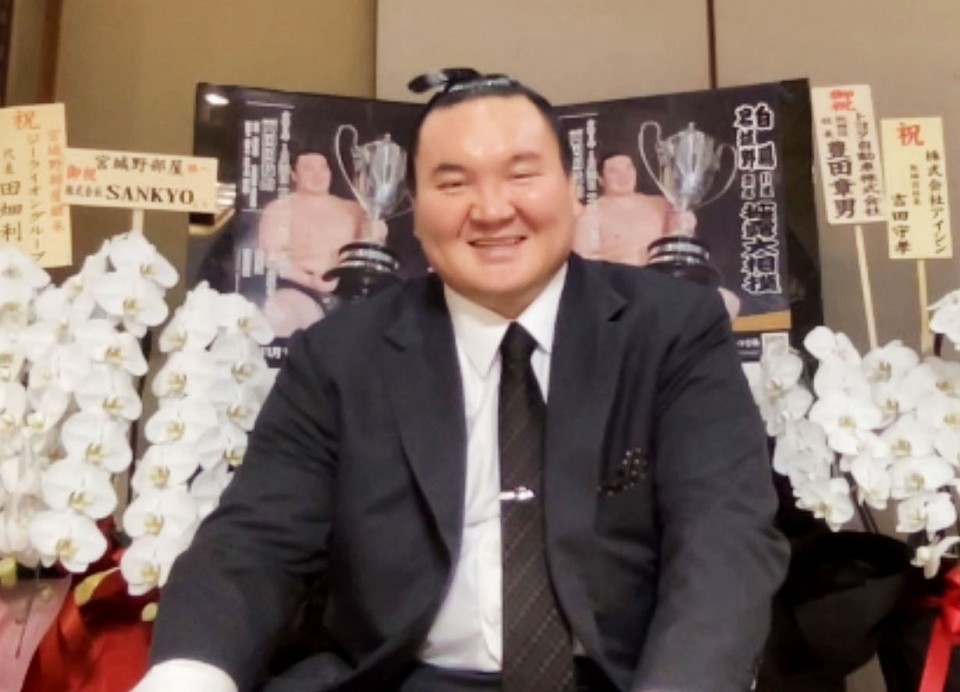 Former yokozuna Hakuho, now known as as the stablemaster Miyagino, is pictured during an online press conference on Sept. 5, 2022. (Kyodo)

"I hope you will come see my final ring entering ceremony wearing a topknot," said the 37-year-old, who has started getting into shape in preparation for the event.

"I want to step into the ring with a body that looks like I'm still able to compete."

Initially known by the sumo elder name Magaki upon retirement, he took over as master of the Miyagino stable in Tokyo's Sumida in July before his predecessor, former wrestler Chikubayama, reached the mandatory retirement age of 65.