60% of people with foreign roots questioned by Japanese police: survey

Around 60 percent of more than 2,000 people with foreign roots surveyed earlier this year by the Tokyo Bar Association have been questioned by Japanese police over the past five years, with encounters more frequent among those of African or Latin American backgrounds, a recently released report showed.

The survey found most people who had been questioned had undergone the treatment on multiple occasions, according to the report released by the association on Sept. 9, adding 80 percent of those with African and Latin American roots had to deal with investigators. 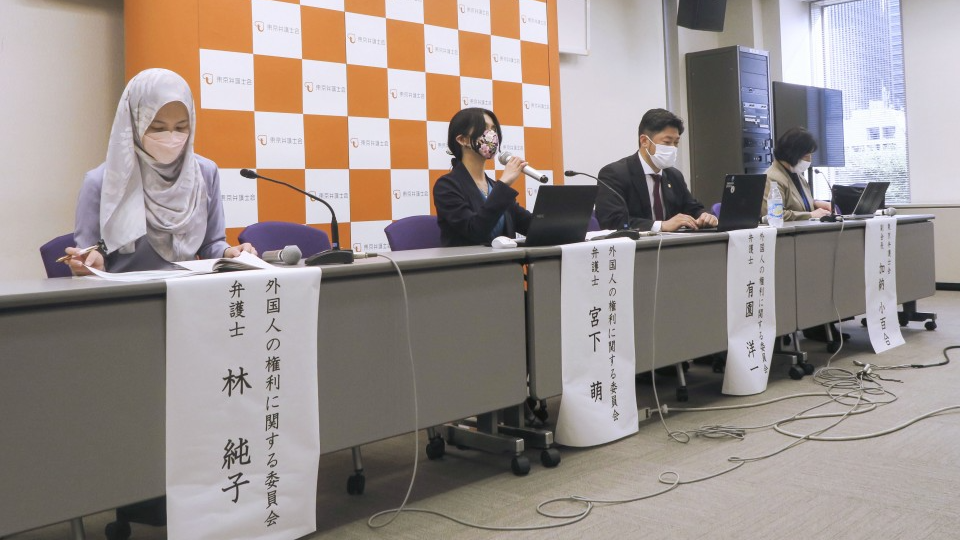 Lawyers hold a press conference in Tokyo on Sept. 9, 2022, about a survey on racial profiling. (Kyodo)

"Guidelines need to be established to end discrimination based on how one looks," the Tokyo organization said in the report on racial profiling.

A number of respondents said they had been offended by questions from police or their attitude, noting in additional comments that they were intimidating or rude, among other descriptions.

The study also found that the frequency of questioning was not reduced regardless of their Japanese ability or how long they had lived in Japan.

"In light of common sense, the percentage is high," said Yoichi Arizono, a lawyer from the bar association. "To question someone who shouldn't be subjected to it based on their looks is also not effective as a criminal policy."

Based on the survey results, the group plans to submit a written opinion to related ministries and urge them to take action.

It received valid answers from 2,094 people mainly via an online survey that was conducted between January and February this year.

The survey was carried out after the U.S. Embassy in Tokyo in December tweeted about multiple incidents of suspected racial profiling by Japanese police.

Following the post on Twitter, the National Police Agency sent prefectural police departments across Japan a request to avoid questioning that could be construed as racist.