Japan on Wednesday stepped up its warnings about the yen's volatility, with its finance minister hinting at direct market action to arrest the currency's decline and the Bank of Japan carrying out a "rate check," seen as a precursor to intervention.

The strongest warnings to date came shortly after the yen fell close to the psychologically important 145 line against the U.S. dollar, reflecting market expectations of a further divergence in the monetary policies of the two nations. Japanese authorities warned that the yen's recent movements have been rapid, one-sided, and excessive.

In a rate check, the BOJ, which is in charge of intervening in the foreign exchange market for the government, asks market participants about dollar-yen rates.

Such a check was carried out Wednesday, market participants said. The yen rose to the lower 143 zone versus the dollar in Tokyo, after nearing 145 earlier Wednesday. 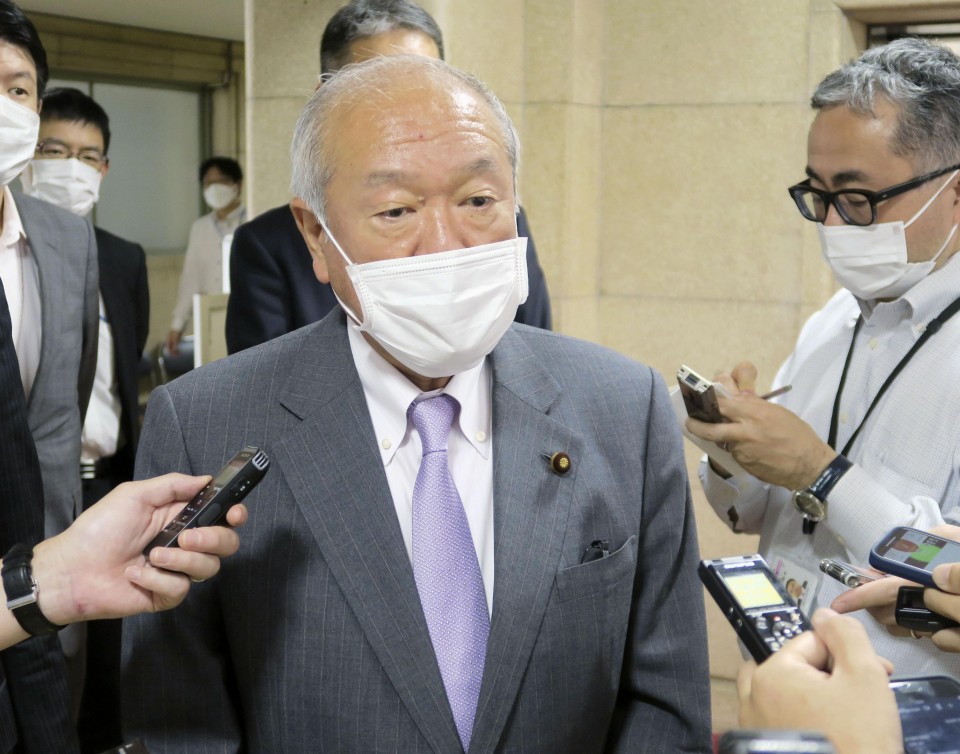 "We have to respond without excluding any options," Finance Minister Shunichi Suzuki told reporters at the prime minister's office. Asked whether such options included stepping into the market, he replied, "It's OK to think that is the case."

Japan has not intervened by selling the dollar and buying the yen since 1998.

Japanese authorities often use verbal warnings without resorting to actual intervention, calling for stable currency moves that reflect economic fundamentals. The rate check on Wednesday apparently reflects that their alert level was raised.

Suzuki declined to confirm or comment on the rate check, adding that the government will continue to monitor market developments with the BOJ. If the government decides to intervene, it will do so "instantly and incessantly," he added.

"A rate check is required before any intervention. The fact that a rate check was carried out sends a message to the market that (authorities) are ready to intervene," said Yukio Ishizuki, a senior foreign exchange strategist at Daiwa Securities Co. "It came out of the blue ... and made markets nervous about an intervention."

Still, market analysts express doubt about the possibility and effectiveness of such an intervention, even as a weak yen, once welcomed as a boost to exporters and the broader economy, is creating a headache for import-dependent, resource-scarce Japan.

Japan also faces the hurdle of getting the nod from the United States if it wants to step in. A stronger dollar is preferable for the world's largest economy in taming inflation.

The rate check had "some effect" because it was the first undertaken since the yen's sharp fall began, said Takuya Kanda, senior researcher at the Gaitame.com Research Institute.

But it also signals that it was just a stepped-up verbal warning at a time when actual intervention by buying the yen is deemed difficult, Kanda said.

Breaking the 145 barrier will likely accelerate the yen's fall toward 147.66, a level unseen since 1998, and then 150, according to currency analysts.

Yen-selling pressure had intensified after U.S. inflation data on Tuesday came out stronger than expected, dashing hopes that the U.S. Federal Reserve will be less aggressive in raising interest rates in the future.

The Fed is expected to go ahead with another rate hike at its policy meeting next week, while the BOJ will likely continue to swim against the tide of monetary tightening in major economies and remain committed to an ultralow rate policy.

This reflects the difference in the pace of accelerating inflation. Consumer prices in the United States jumped 8.3 percent in August from a year earlier while Japan has seen core consumer inflation staying just above 2 percent in recent months.

"I have been saying that rapid fluctuations are not favorable. We've seen (the dollar) rising by around 2 to 3 yen since yesterday and these movements are clearly volatile. We are very concerned," Suzuki told reporters separately at the Finance Ministry.

The government of Prime Minister Fumio Kishida has compiled additional steps to ease the pain of rising energy and food prices, aggravated by the softer yen, and is expected to draw up a broader package to support the economy in the coming months.

But Kishida, who has supported the BOJ's monetary easing to achieve its 2 percent inflation target, said Wednesday Japan should also reap the benefits of the weaker yen by boosting exports of farm produce and inbound tourism.

Prior to the strong U.S. inflation data, the yen had seen a respite from its sharp fall after BOJ Governor Haruhiko Kuroda last week added to a chorus of warnings about the currency's depreciation, saying that rapid moves were "unfavorable."