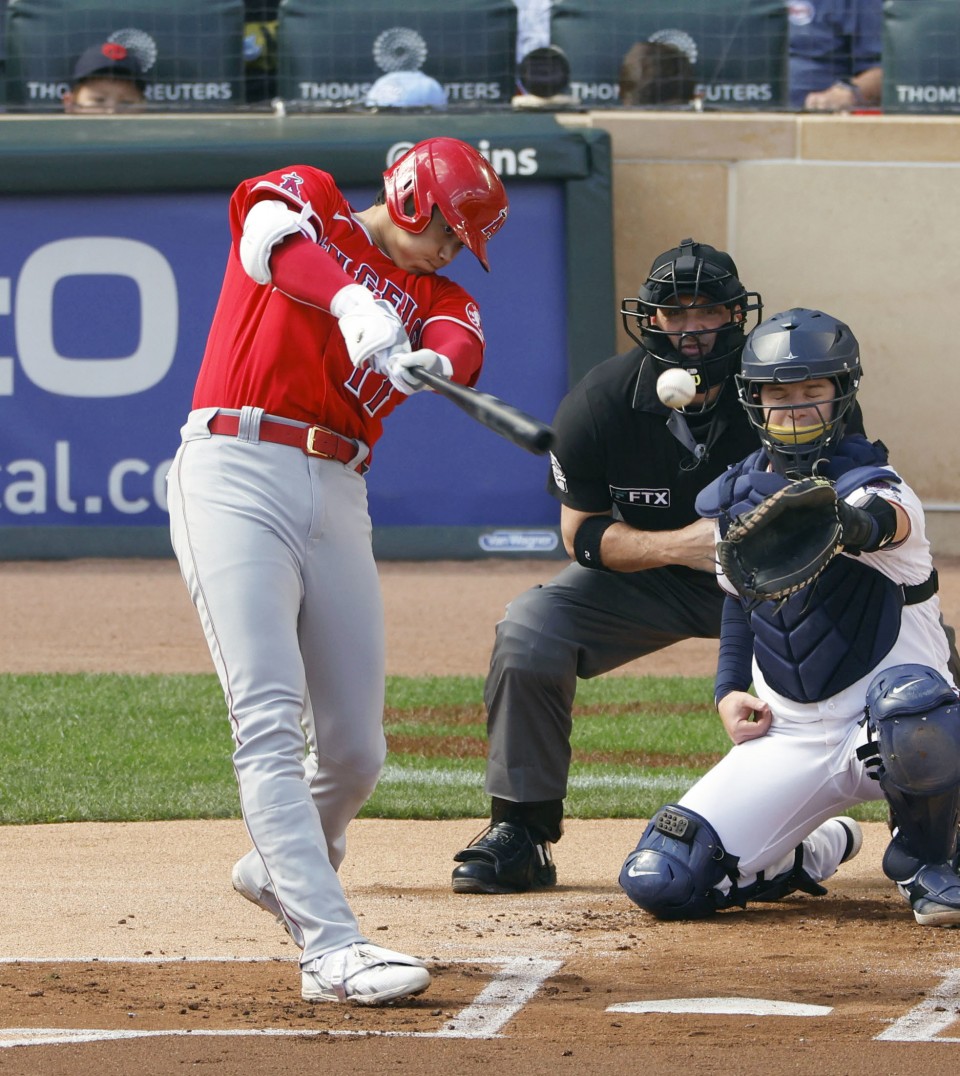 Shohei Ohtani of the Los Angeles Angels hits a single in the first inning of a game against the Minnesota Twins at Target Field in Minneapolis, Minnesota, on Sept. 25, 2022. (Kyodo) ==Kyodo

Batting third as designated hitter, Ohtani went 2-for-5 and plated a run. He tied his record with a runner on second and one out in the first inning when he singled to center off a 2-2 fastball from Dylan Bundy (8-8).

The Angels led throughout the game with Ohtani singling to left off Trevor Megill to plate a run in the five-run ninth at Target Field.

Ohtani, who has not homered in the last 13 games, is seven short of reaching 100 RBIs for the second straight year with nine games remaining this season.