Rare footage of The Beatles' 1966 visit to Japan recorded by police will be screened on Saturday after a legal battle for the release of the video documenting the legendary rock band's iconic trip.

The footage of the band's first visit to Japan will finally be seen, but with the faces of fans and police officers obscured, after a Nagoya-based nonprofit organization lost a lawsuit seeking the release of the uncensored footage.

According to the NPO, Joho Kokai Shimin Center, the 35-minute and 40-second long, black-and-white silent footage will be shown at a citizen ombudsman's conference in Tottori Prefecture, western Japan. 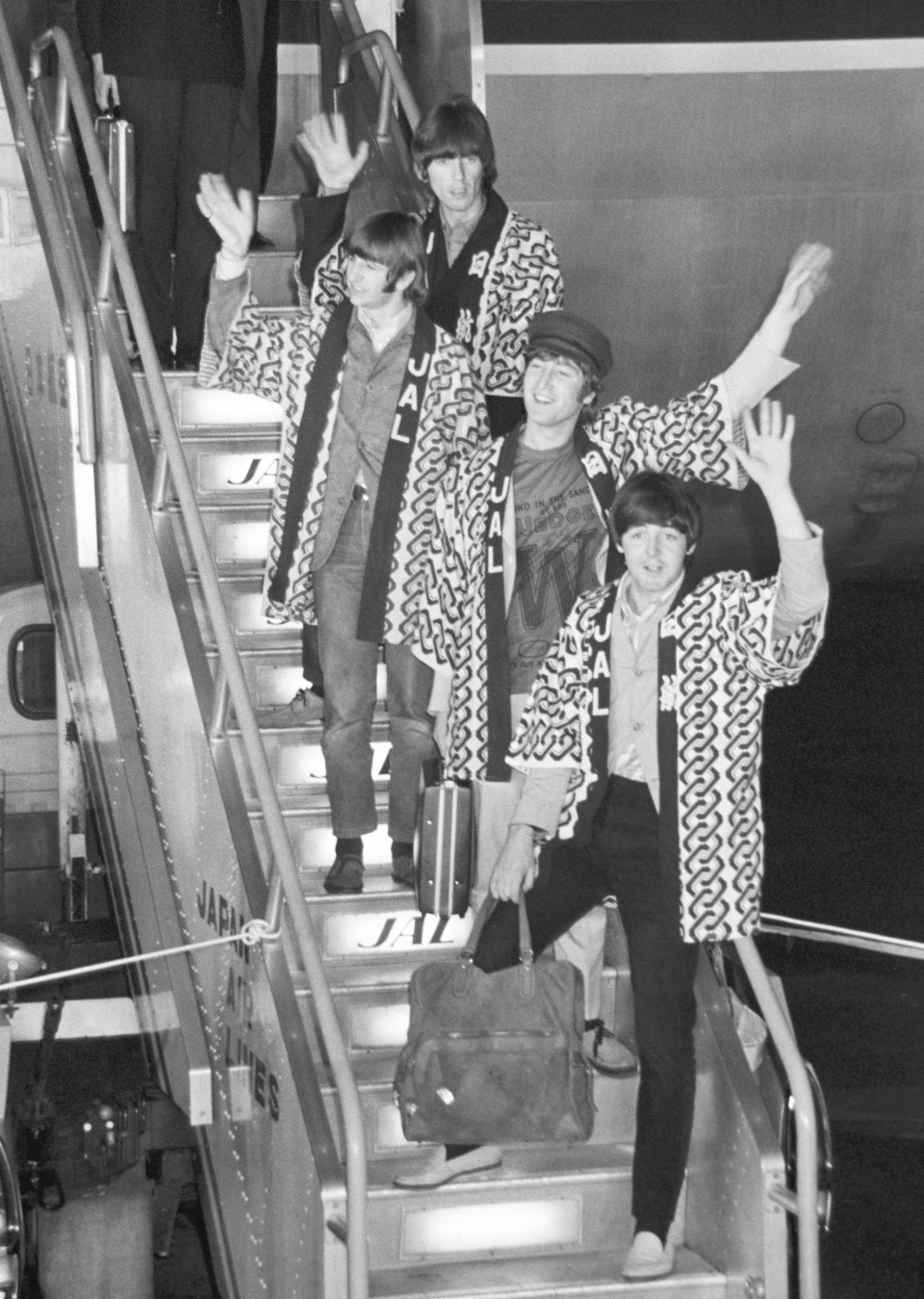 File photo shows the members of The Beatles waving after arriving at Tokyo's Haneda airport in June 1966. (Kyodo)

It includes the arrival of the band at Tokyo's Haneda airport on June 29, 1966, with the members wearing traditional Japanese-style "happi" coats, as well as the reactions of fans.

Over three days from June 30, the band performed at the Nippon Budokan hall in the capital five times and the footage includes what appears to be the never-before-seen final performance.

The censored footage was recently released to the center, which says that although the faces of people other than The Beatles have been obscured and there is no sound, it provides an interesting record of the Showa Period (1926-1989).

"The disclosure is an example of how information belongs to the people," said Satoshi Shinkai, a lawyer and head of the center, which helps facilitate the disclosure of public records.

The center had requested that the Metropolitan Police Department release the footage after its existence came to light in 2014.

In 2015, the police only agreed to a partial disclosure, prompting the center to launch a court case for the footage to be released uncensored. The center eventually lost, with the Supreme Court ruling finalized in 2018.