Japan has left all the available options on the table to respond if recent "excessively volatile" yen movements continue, its top currency diplomat said Thursday, after the currency plunged to a 24-year low against the U.S. dollar.

Masato Kanda, vice finance minister for international affairs, said the yen's recent fluctuations are "extremely concerning." The remark came after a tripartite meeting among officials from the Finance Ministry, the Bank of Japan and the Financial Services Agency. 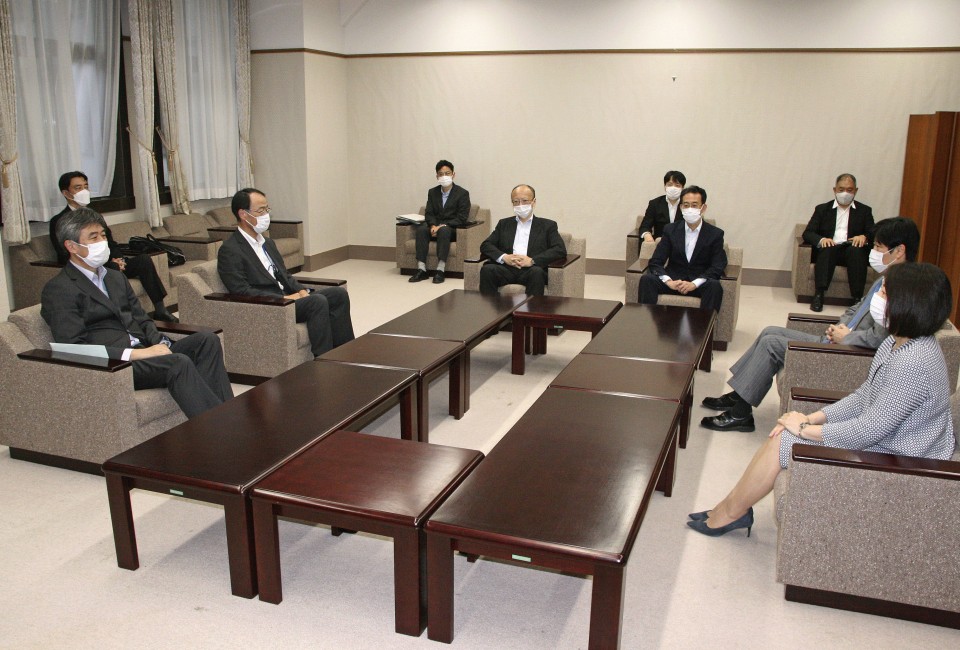 Senior officials of Japan's Finance Ministry, Financial Services Agency and the Bank of Japan meet in Tokyo on Sept. 8, 2022. (Kyodo)

"If such (yen) moves persist, the government is ready to take necessary action in the foreign exchange markets, without ruling out any options," Kanda told reporters.

The ratcheting up of rhetoric by senior Japanese officials has so far failed to arrest the weakness of the yen. The currency fell again beyond the 144 level against the dollar after Thursday's meeting. It had traded in the 143 zone earlier.

The closely watched three-way meeting was the first since June. Back then, the authorities had issued a rare statement describing the yen's depreciation "concerning."

The yen has become a favorable asset to sell for market participants, largely because of the widening interest rate gap between Japan and the United States.

The contrast in monetary policy has become more evident. The BOJ has not budged over its dovish stance while the U.S. Federal Reserve has aggressively raised interest rates and another rate hike is expected later this month.

Finance Minister Shunichi Suzuki has vowed to take "necessary action" but kept mum on what it would entail.

Japan last intervened in the currency market with dollar-selling, yen-buying operations in 1998.