A large and powerful typhoon made landfall in Japan's southwestern region of Kyushu, with the weather agency warning of unprecedented winds and waves, and calling for the highest level of caution.

The Japan Meteorological Agency said Typhoon Nanmadol continued to move slowly northward over Kyushu after making landfall in Kagoshima Prefecture and could travel along the Honshu main island in the coming days. A number of trains and flights have been canceled. 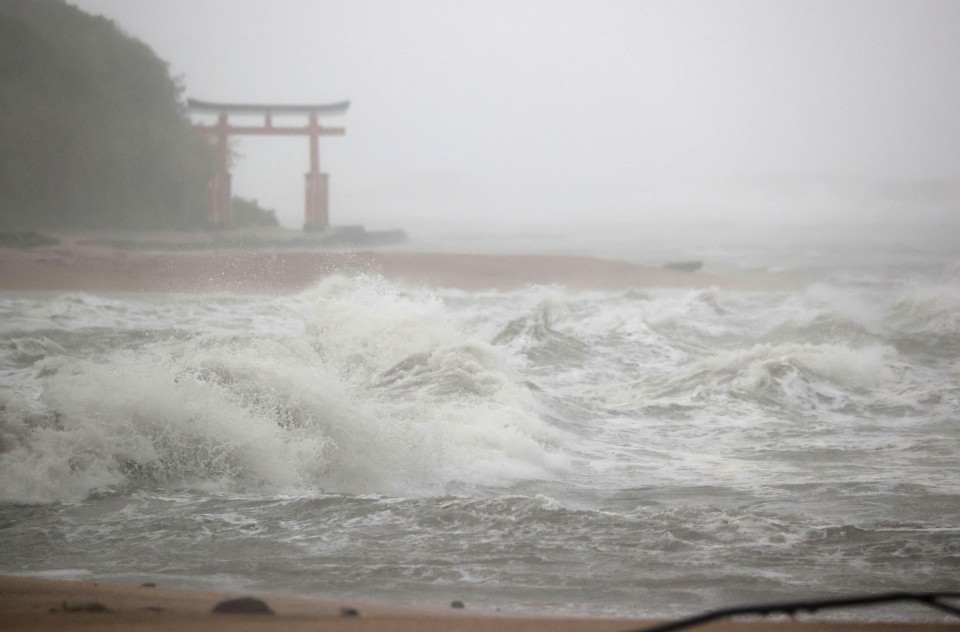 High waves are observed on the coast of Miyazaki Prefecture, southwestern Japan, on Sept. 18, 2022, due to the approach of Typhoon Nanmadol. (Kyodo)

The agency, which issued a special typhoon warning for Kagoshima on Saturday night, said that part of neighboring Miyazaki Prefecture saw linear rainbands with over 400 millimeters of precipitation recorded in some areas in the 24 hours through Sunday afternoon.

The Shikoku, Chugoku and Kinki regions in western Japan could see linear rainbands through Monday morning, the agency warned.

This marks the first time the agency has issued a special typhoon warning for an area apart from Okinawa Prefecture.

Although the typhoon, the 14th this season, had weakened slightly by 3 a.m. Sunday, there was still a possibility of maximum gusts of around 250 kilometers per hour. In Yakushima, Kagoshima Prefecture, top wind speeds of up to 183.24 kph were recorded on Sunday morning. 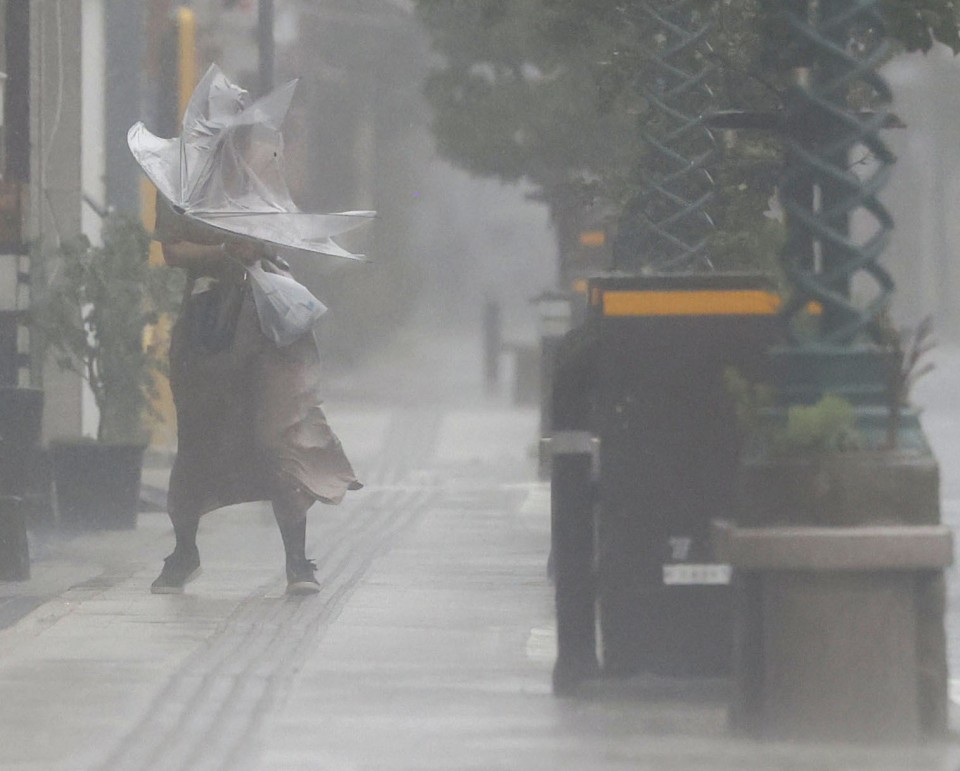 A person walks in heavy rain and wind in Miyazaki, southwestern Japan, on Sept. 18, 2022, as powerful Typhoon Nanmadol approaches the region. (Kyodo)

Prime Minister Fumio Kishida called on people in Japan to evacuate promptly if they "even feel the slightest danger" when he attended a meeting with ministers and senior officials in charge of responding to the dangerous typhoon.

Kishida also ordered the officials "to take all possible measures to ensure the safety and security of the people with a sense of urgency."

Fukuoka, Kumamoto, Miyazaki and Nagasaki prefectures have all followed Kagoshima's lead and have applied the disaster relief law to all their municipalities. This will allow them to receive support from the local and central governments.

The typhoon, which had an atmospheric pressure of 935 hectopascals at its center, is moving at 20 kph and is expected to curve eastward after reaching northern Kyushu and travel across Japan's main archipelago.

The agency said Shikoku could see up to 500 mm of rainfall in the 24 hours to Monday evening.

After many flights connecting Kyushu and other areas of Japan, as well as part of train services in the southwestern region, were canceled Saturday due to the approaching typhoon, West Japan Railway Co. said it will stop running all Sanyo Shinkansen bullet trains between Hiroshima and Hakata stations on Monday.

The train company said it will also reduce the number of bullet trains operating between Osaka and Hiroshima until around 2 p.m. on Monday and will suspend services in sequence thereafter between the two major cities.

Central Japan Railway Co., meanwhile, said all Tokaido Shinkansen bullet trains between Osaka and Nagoya will be canceled from Monday afternoon throughout the day. It will also drastically cut the number of trains between Nagoya and Tokyo. 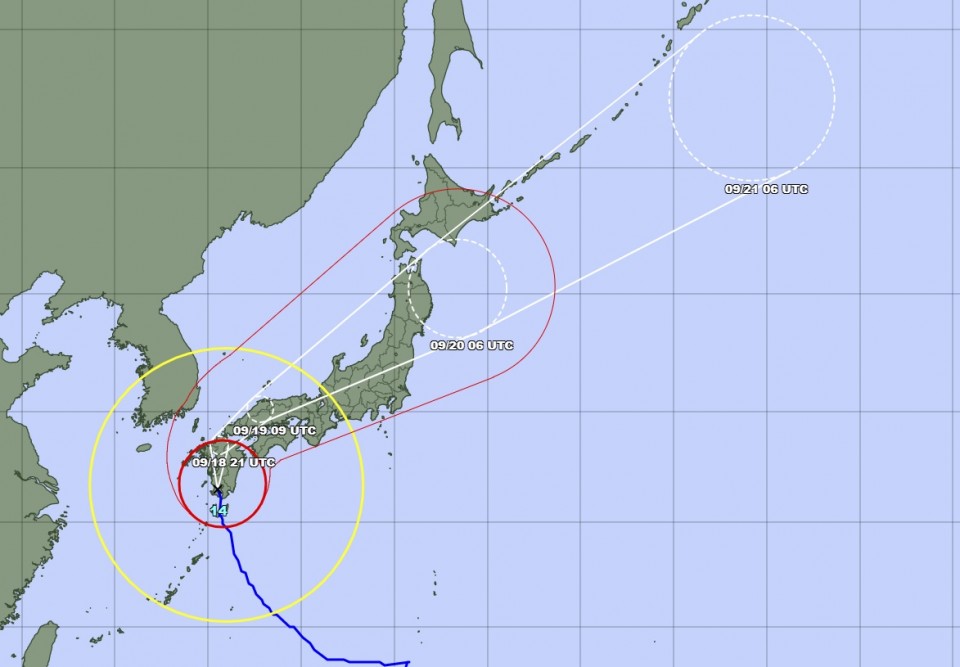