Japanese Prime Minister Fumio Kishida met Wednesday with a spate of foreign dignitaries in Tokyo on the final of three days of "condolence diplomacy," a day after the controversial state funeral for slain former leader Shinzo Abe.

During their meeting, Kishida and South Korean Prime Minister Han Duck Soo agreed that the two countries will accelerate communication to restore "sound" bilateral relations and to "further develop" them, according to the Japanese Foreign Ministry. 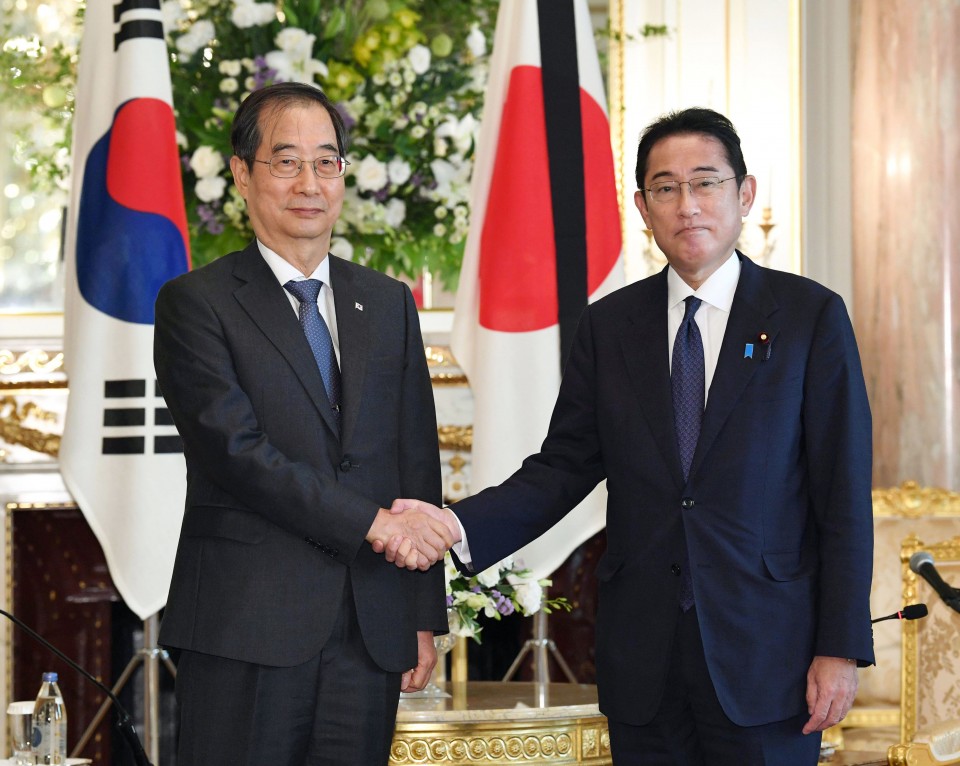 They shared the views that easing COVID-19 border controls, such as allowing visa-free trips, would facilitate the flow of people and that promoting bilateral and trilateral ties involving the United States is important to counter military threats from North Korea.

Relations between Tokyo and Seoul have recently shown signs of improvement as Yoon Suk Yeol, who has pledged to take a future-oriented approach toward ties with Japan, became South Korean president in May.

Japan-South Korea ties had deteriorated for years over wartime issues under the government of Yoon's predecessor Moon Jae In.

A Japanese government official said Kishida and Han "had no in-depth discussion" on the wartime labor issue.

The talks came after Kishida and Yoon met bilaterally in New York last week on the sidelines of the U.N. General Assembly, the first in-person summit of the two Asian nations since December 2019, although both sides have suggested it was informal.

In a separate meeting earlier Wednesday, Kishida also confirmed with Cambodian Prime Minister Hun Sen that the two countries will work together for better relations, the Japanese ministry said. 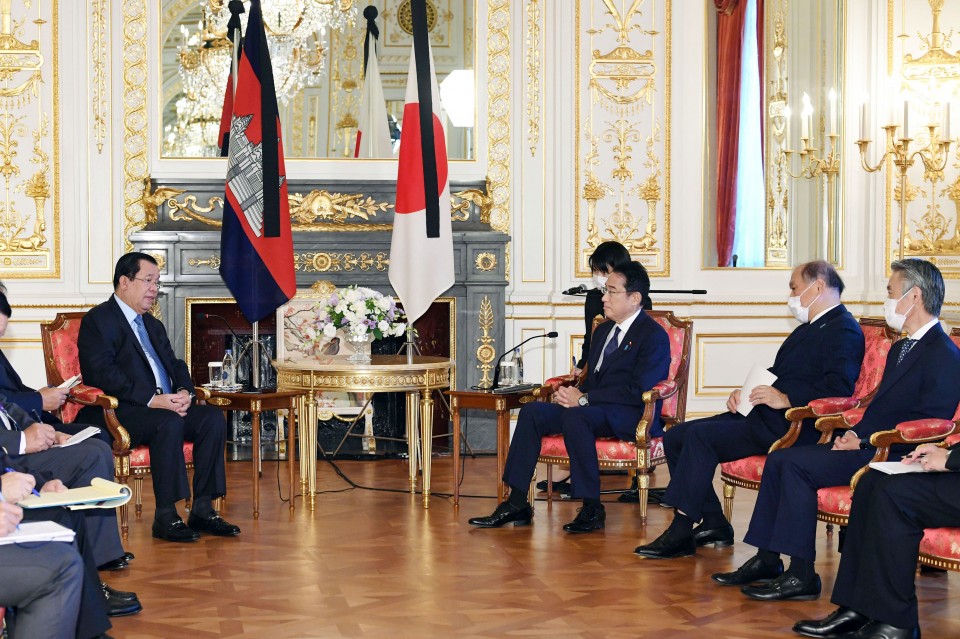 Kishida said Japan will fully cooperate with Cambodia toward a summit of the Association of Southeast Asian Nations and related annual gatherings to be held in November in Phnom Penh. The Japanese leader is expected to attend some of them.

Since Monday, Kishida has met with more than 30 dignitaries on the occasion of the state funeral for Abe, who was fatally shot during an election campaign speech in July.

The state funeral was the first of its kind for a former prime minister in 55 years.

The Japanese government said that over 4,000 people joined the funeral on Tuesday in central Tokyo, including delegates from more than 210 countries, regions and international organizations.

"We courteously accepted condolences of many domestic and overseas funeral attendants, with the cooperation of everyone," Kishida said in a speech in Tokyo.

Matsuno, the top government spokesman, and Wan affirmed that Japan and China should join hands to build a "constructive and stable relationship," the ministry said. Wan told Matsuno that Beijing puts emphasis on relations with Tokyo.

Wan, a former science and technology minister, had held talks with Matsuno when the Japanese lawmaker served as education and science minister for one year from 2016.

On Monday, Kishida met with U.S. Vice President Kamala Harris. The two leaders vowed to keep close cooperation to further beef up the Japan-U.S. alliance and realize a free and open Indo-Pacific, a vision that Abe advocated.

Composing the Quad grouping, Japan, Australia, India and the United States have been stepping up cooperation in various fields such as defense and energy amid China's growing military and economic influence in the region.