A body discovered a week ago on the beach near Japan's scenic Shiretoko Peninsula was confirmed to be that of the captain of a tourist boat that sank nearby in April, leaving more than 10 people dead, the coast guard said Saturday.

The 19-ton Kazu I, carrying 24 passengers and two crew members, made a distress call and disappeared on April 23 after leaving Utoro port in Shari for sightseeing along the peninsula of the northernmost main island of Hokkaido, despite a forecast for rough weather. 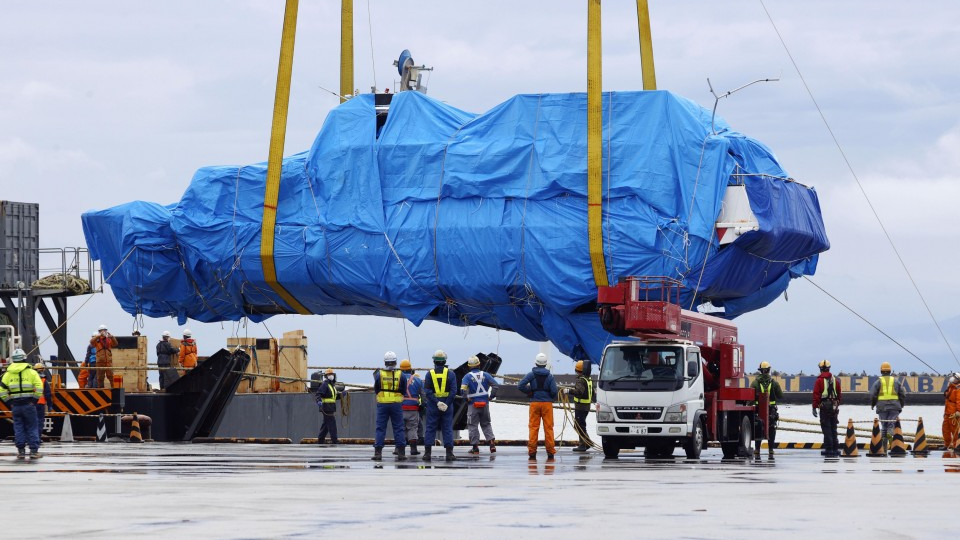 The sunken tour boat Kazu I, covered with a blue tarpaulin, is brought ashore at the port of Abashiri in Hokkaido, northern Japan, on June 1, 2022. (Kyodo)

With the confirmed death of the 54-year-old captain, Noriyuki Toyoda, a total of 19 victims have been identified, with seven still missing.

Toyoda's identity was confirmed after DNA samples taken from his body were examined, according to the 1st Regional Coast Guard Headquarters.

His body was found on the morning of Sept. 17 by a local fisherman, who was voluntarily searching for missing people from the boat.

"Even though he was in a position of responsibility, I am glad that the body was found considering the captain's family," said Kenji Sakurai, 59. "I hope the missing passengers will also be found soon."