A large international tourism event kicked off Thursday in Japan for the first time in two years, with the travel industry hoping to overcome setbacks from the coronavirus pandemic as the country gradually eases its border restrictions.

Tourism Expo Japan, one of the biggest events of its kind in the world, opened at the Tokyo Big Sight exhibition center, with representatives from more than 70 countries and regions, and Japan's 47 prefectures promoting international and domestic travel after it was canceled in 2021 due to COVID-19. 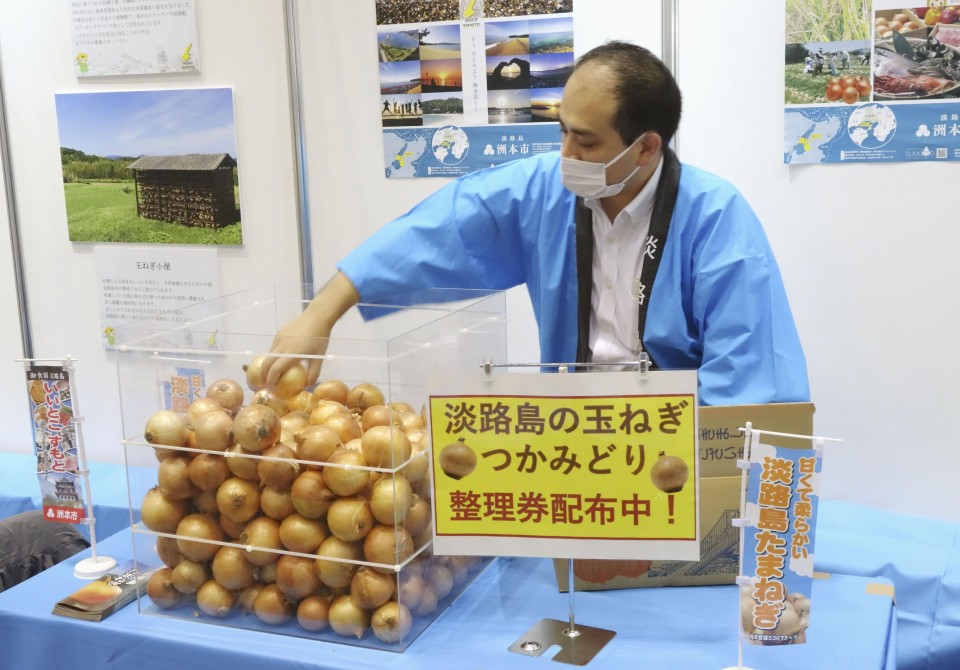 The 4-day event through Sunday, hosted by the Japan Travel and Tourism Association, among others, is expected to attract around 150,000 visitors.

Among the displays is an exhibit on onion picking in Sumoto on Awaji Island in Hyogo Prefecture, which is known for its production of the vegetable, as well as live guitar music and sherry on offer at the booth of the Tourist Office of Spain.

Referring to the Japanese government's consideration of a full relaxation of border controls, Kenichiro Yamanishi, chairman of the tourism association, said at the opening of the event, "This is the perfect chance to introduce a new form of travel from Tokyo to the world."

"We want to use it as a foothold for the revival of the tourism industry," he added.

Foreign visitors to Japan topped 100,000 in August for the fifth consecutive month following a relaxation of border controls, government data showed Wednesday, with the figure likely to continue rising as the country is looking to remove its current daily arrival cap of 50,000 as early as next month.