Autumn Grand Sumo Tournament winner Tamawashi vowed to keep defying the odds Monday after becoming the oldest winner of an Emperor's Cup at the age of 37 years and 10 months.

The No. 3 maegashira went 13-2 this month at Ryogoku Kokugikan, again displaying his powerful pushing and thrusting on Sunday when he gave his closest rival, No. 4 Takayasu, no chance in a title-clinching final-day push-out win.

Mongolian Tamawashi, who won his only previous title in January 2019 when fighting in the ancient sport's third-highest rank of sekiwake, became the oldest winner since the current format of six grand tournaments a year was introduced in 1958. 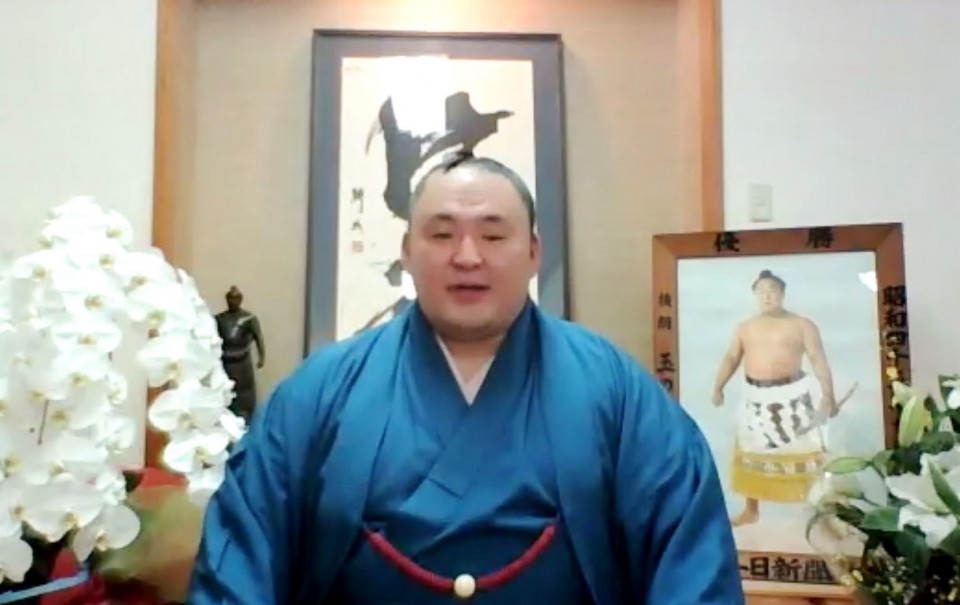 "I'm still going strong. I had in my mind that someday, someday (the second title) would arrive," Tamawashi said during an online press conference from his Kataonami stable.

"I knew I had to finish it off in that bout (and avoid a playoff with Takayasu). I had to press hard straight away...I tried to avoid hesitation or giving him room to exploit."

The veteran credited an unusual training method of simultaneously taking on two young wrestlers from his stable, both fighting in the third-tier makushita division or below, for his latest success.

"It had an immediate effect. I'm really thankful," Tamawashi said.

"At the end of the day, I don't want to lose against younger wrestlers. I'm blessed with the chance to go onto the raised ring, and I want to wrestle full of life, even if my face is aging," joked Tamawashi.

"I won't change wherever I am in the rankings. I want to please the visiting fans."