The chairman of major Japanese publisher Kadokawa Corp. was arrested Wednesday for his alleged involvement in a widening sponsorship bribery scandal over the Tokyo Olympics and Paralympics.

Tsuguhiko Kadokawa is suspected by Tokyo prosecutors of giving 69 million yen ($481,000) in bribes to a consulting company led by an acquaintance of Haruyuki Takahashi, a former Tokyo Olympic organizing committee executive, in return for helping the publisher be selected as a sponsor of the Summer Games last year.

The 79-year-old chairman is suspected of colluding with Toshiyuki Yoshihara, 64, a former executive of Kadokawa, and 63-year-old current employee of the publisher, Kyoji Maniwa. 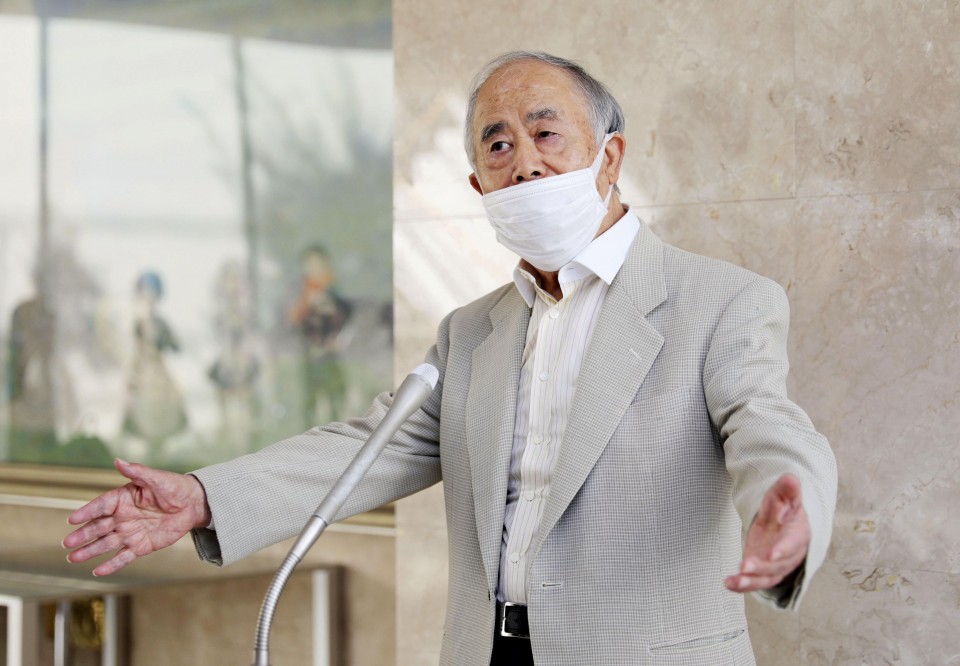 Kadokawa Corp. Chairman Tsuguhiko Kadokawa speaks to reporters in Tokyo on Sept. 5, 2022, amid speculation that the Japanese publishing company made payments to Haruyuki Takahashi, a former Tokyo Olympic organizing committee executive, in exchange for preferential treatment in the process of selecting Olympic sponsors. (Kyodo) ==Kyodo

The chairman has denied the allegations, according to a source familiar with the situation, while his company said in a statement it will fully cooperate with the authorities on the investigation.

The publisher also apologized for "the trouble and concern caused to everybody involved."

Kadokawa is the second corporate leader to be arrested in the unfolding scandal after Hironori Aoki, former chairman of business suit retailer Aoki Holdings Inc., who has also been charged with bribe-giving over sponsor selection for the games.

Kadokawa, Yoshihara and Maniwa allegedly worked together to deposit funds via nine transactions between September 2019 and January 2021 from a bank account under the publisher's name to the consulting company headed by Kazumasa Fukami, 73.

Fukami and Takahashi, 78, were both former executives of advertising giant Dentsu Inc.

Kadokawa was named an "official supporter" of the Tokyo Games in the books and magazines publishing services sponsorship category in April 2019.

The Tokyo prosecutors' special investigation squad believes the true sum of the transactions is believed be around 76 million yen, deposited over a course of 10 transactions beginning in July 2019.

But the amount dictated in the bribery case was set at 69 million yen due to the statute of limitations on giving a bribe being three years.

Kadokawa told the press last week he was "absolutely not" aware any bribery had taken place, adding he had heard the transactions were for general sports-related consulting fees and that he believed they were unproblematic.

The special investigative team served a fresh arrest warrant on Takahashi, who had a huge influence in the Japanese sporting world, on Sept. 6. It also arrested Fukami, Yoshihara and Maniwa, in addition to searching Kadokawa's home and his firm's headquarters in Tokyo.

The publisher was founded by Kadokawa's father, Genyoshi, in 1945. Its business has since diversified from an independent publishing company into an entertainment conglomerate, expanding into film and online sectors.

Besides the Aoki and Kadokawa cases, the prosecutors are investigating Osaka-based Daiko Advertising Inc., also suspected of paying a large sum of money to Fukami's consulting firm.