The government started Monday a telephone consultation service for people experiencing trouble with the Unification Church, a religious group that has stirred controversy since former Prime Minister Shinzo Abe was killed over alleged links to the group in July.

Officials from government offices, including the Justice Ministry and the police and consumer affairs agencies, have gathered in Tokyo to offer the service. They will mainly introduce professional consultation entities including those offering legal help to resolve troubles with the group. The service is set to run through Sept. 30. 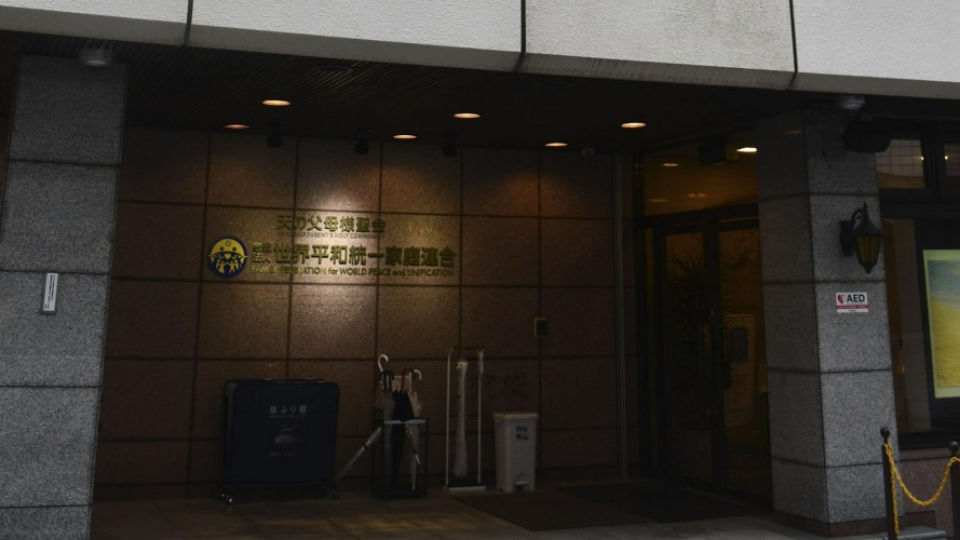 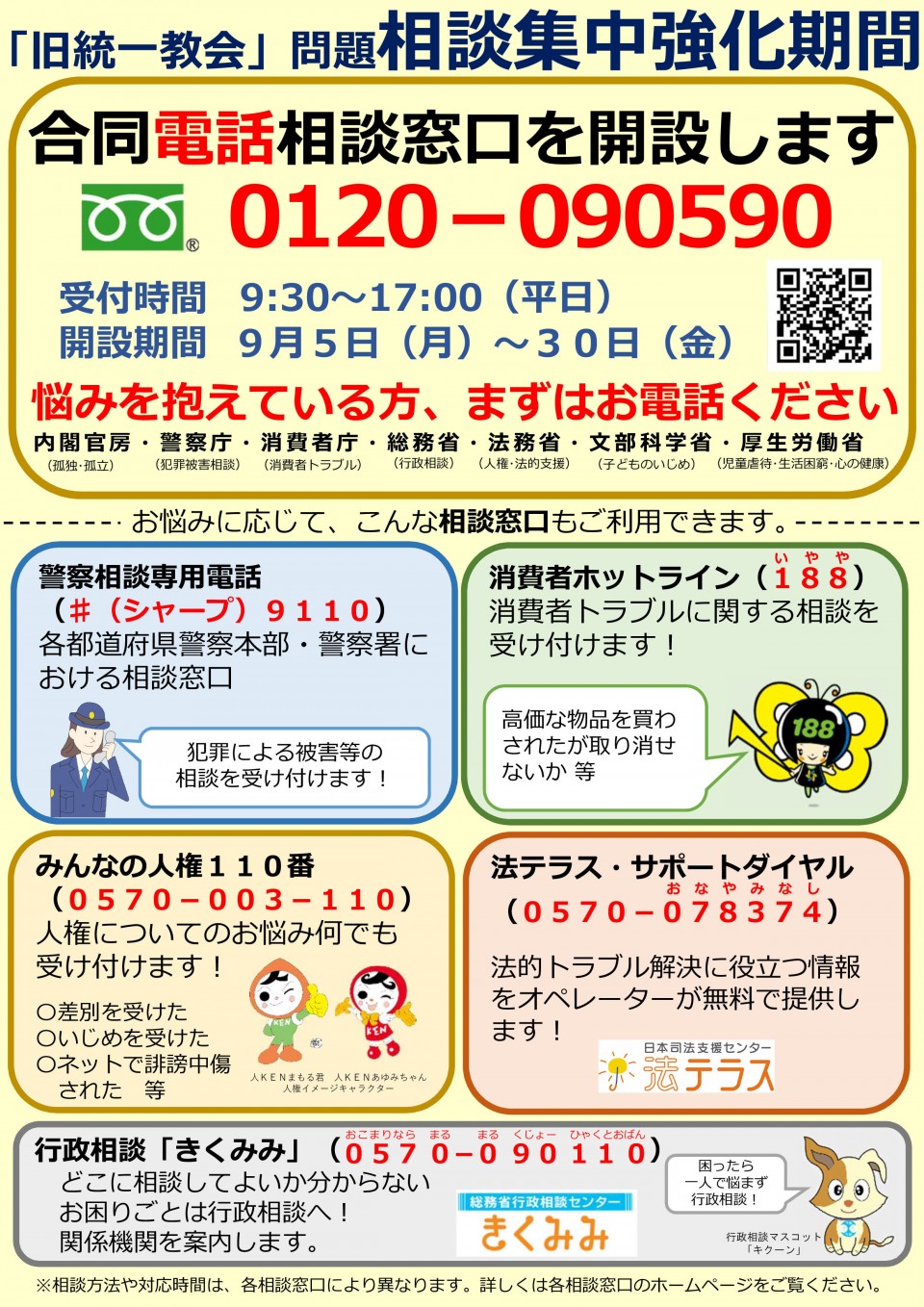 File photo shows a flyer for a telephone consulation service the government launched for people experiencing trouble with the Unification Church. (Kyodo)

The church, now formally called the Family Federation for World Peace and Unification, has come under scrutiny after Abe's assailant reportedly told investigators he harbored a grudge against the group due to his mother's massive donations, and believed that Abe had ties with it.

Complaints have already been raised with the Consumer Affairs Agency about the church purportedly demanding huge donations from its followers that push them to the point of financial ruin.

As troubles related to the Unification Church are expected to be widespread, the government has also assigned officials from the Ministry of Internal Affairs and Communications, Foreign Ministry, Ministry of Education, Culture, Sports, Science and Technology, Ministry of Health, Labor and Welfare to the consultation service.

A person seeking the return of donations to the church can ask the consultation window to introduce a lawyer. The service can also help a person who is financially struggling due to a family member's massive donations to get access to public aid.

It will also introduce consumer affairs centers for those seeking to cancel purchase contracts related to "spiritual sales," in which the church pressured people to buy jars and other items for exorbitant prices by the use of threats, including the citing of "ancestral karma."

The consultation window is open on weekdays from 9 a.m. to 5 p.m.

At least 146 LDP lawmakers had dealings with Unification Church