South Korea, the United States, and Japan on Friday held anti-submarine drills in international waters off the Sea of Japan for the first time in five years, amid concerns over the potential threat posed by North Korean sub-launched ballistic missiles.

The one-day trilateral exercises came amid heightened concerns in the wake of North Korea's launches of ballistic missiles into the Sea of Japan last Sunday and again on Wednesday and Thursday.

The first such anti-submarine drills since 2017 were led by U.S. forces and focused on detecting and tracking down submarines. 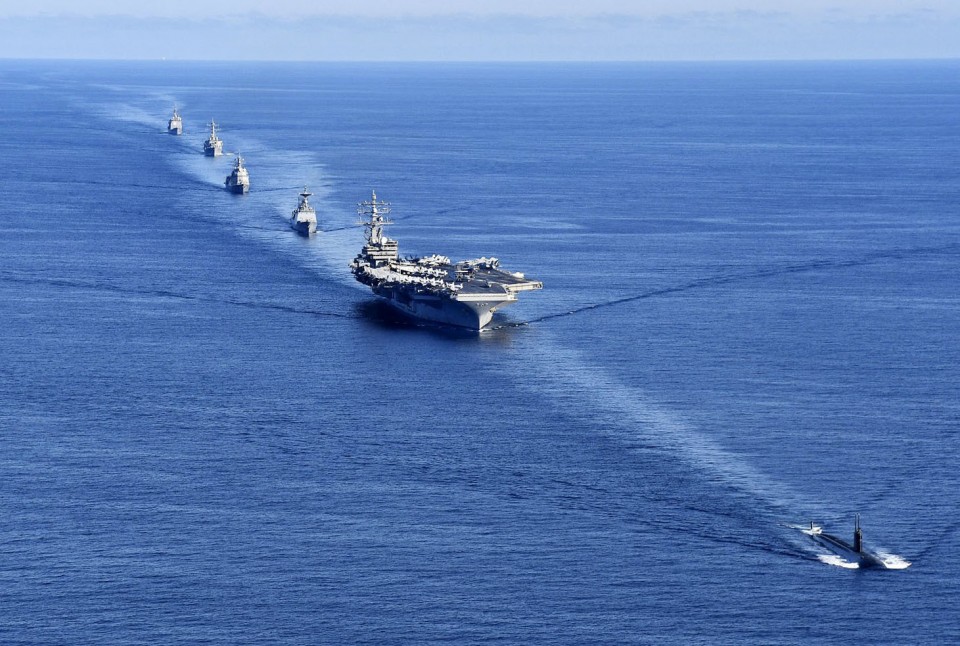 Such exercises aim to strengthen defense capabilities against North Korean submarine threats, which have gradually increased due to an improvement in short-range ballistic missiles, South Korea's navy said in a statement on Thursday ahead of the latest drills.

"We will neutralize any forms of provocations from North Korea in an overwhelming and decisive manner," a colonel from the navy was quoted as saying in the statement.

The exercises came a day after the U.S. Vice President Kamala Harris' one-day visit to South Korea during which she highlighted the importance of trilateral cooperation to respond to potential future provocations from North Korea.

Concerns are growing that North Korea may conduct what would be its seventh nuclear test and first since September 2017.