The Japanese government warned Friday of fallout from the rapid depreciation of the yen after the currency slumped to a fresh 24-year low against the U.S. dollar, saying it is prepared to take "appropriate action" to bring stability in conjunction with monetary authorities in other nations.

Volatility in currency markets has been "increasing somewhat," Finance Minister Shunichi Suzuki said at a press conference, adding that the government is watching foreign exchange moves "with a heightened sense of vigilance." 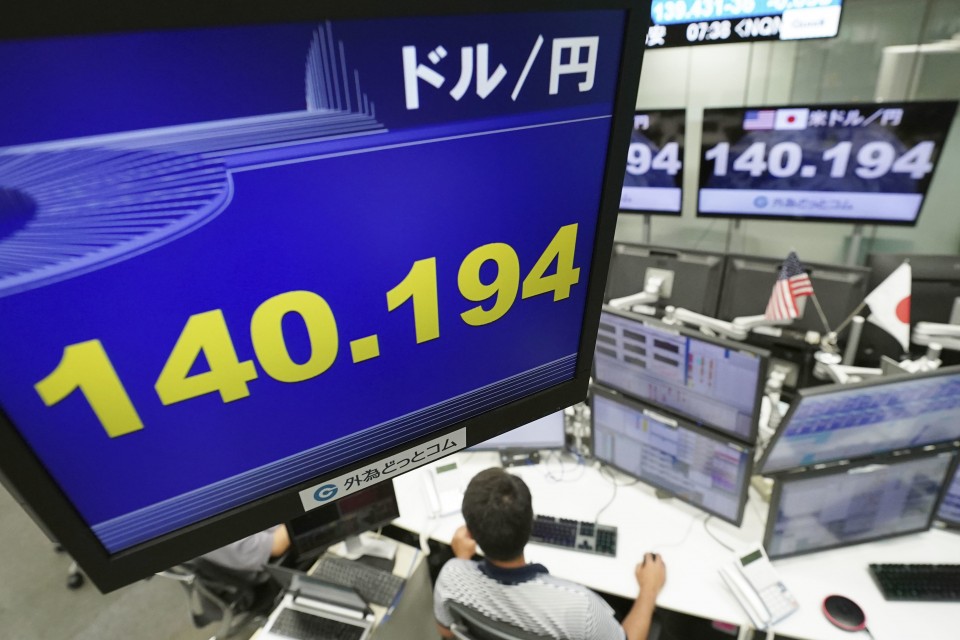 "We have an agreement by the Group of Seven and others that excess volatility and disorderly movements in exchange rates can have an adverse impact on economic and financial stability," Suzuki said.

Aggressive interest rate increases by the U.S. Federal Reserve have weakened the yen against the dollar, as the Bank of Japan has stated it is not planning to change its ultralow rate policy. The Fed is expected to continue raising, putting further pressure on the yen.

The U.S. dollar was trading in the lower 140 yen zone on Friday.

A weak yen is a double-edged sword for Japan as it helps exporters by boosting their overseas profits when repatriated but it also inflates import costs for energy and other raw materials, a headache for resource-scarce Japan.

The yen's breach of the psychologically important 140 line is seen by some currency market analysts as a sign further falls could follow, with U.S. economic data coming into sharper focus for any clues to the pace of further rate hikes by the Fed.