The Japanese yen fell to a fresh 24-year low in the 139 zone against the U.S. dollar in Tokyo on Thursday as hawkish remarks by a Federal Reserve official fueled speculation of a widening interest rate gap between Japan and the United States. 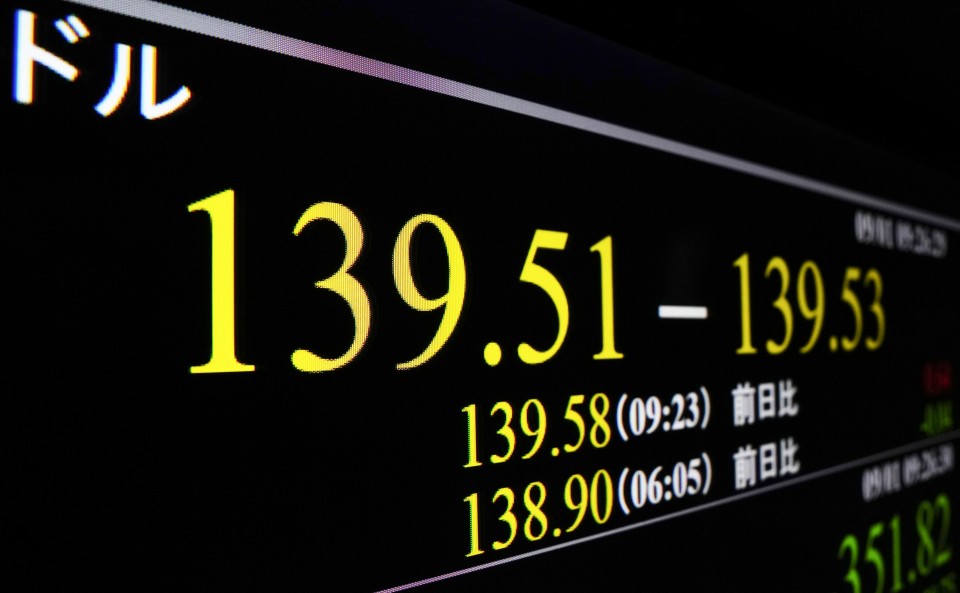 Japan's top government spokesman said at a press conference that currency rates should "move stably, reflecting economic fundamentals" and the government is "watching foreign exchange market moves with a high sense of urgency."

Tokyo stocks ended lower as investor sentiment was hurt by continuous falls in U.S. shares since late last week, and an overnight drop in European shares.

On the top-tier Prime Market, decliners were led by marine transportation, electric appliance, and oil and coal product issues.

Investors unloaded the yen and bought the dollar after Cleveland Fed President Loretta Mester said Wednesday the U.S. central bank should raise its benchmark rate to above 4 percent by early next year from the current 2.25-2.5 percent, higher than the market's expectations of up to 4 percent, dealers said.

Mester also said she does not "anticipate the Fed cutting the Fed funds rate target next year," reiterating a hawkish stance that many Fed officials have been showing recently.

Expectations are growing that the European Central Bank will implement a 0.75 percentage point hike in next week's policy meeting amid rising inflation, analysts said.

Worries about a slowdown in the global economy due to monetary tightening weighed on the Tokyo stock market as well.

Concerns over power shortages in Europe were rekindled after Russia's Gazprom said it has stopped energy supplies to the region for maintenance, weighing on stocks globally, brokers said.