Japan will remove its cap on daily arrivals on Oct. 11 as part of its easing of COVID-19 border controls, Prime Minister Fumio Kishida said Thursday.

On the same day as the expiration of the daily cap, currently set at 50,000, Japan will also resume visa-free individual trips to the country, Kishida told a press conference in New York.

Japan's measures against the spread of the novel coronavirus have been criticized by tourism, entertainment and other industries at home and abroad for being too stringent. 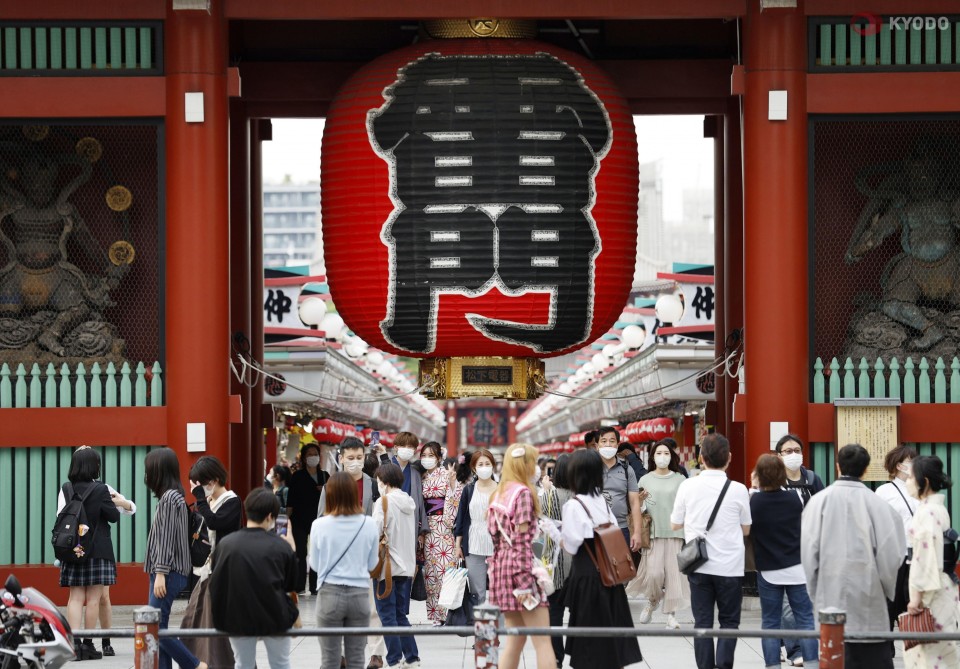 Kishida had said the government would further ease its border control measures to make its entry procedures as smooth as those of other Group of Seven nations.

By ditching the daily entry cap, Japan aims to revive its economy, the world's third largest, which was hit hard by the absence of tourists from overseas due to its COVID-19 border controls.

In 2019, prior to the outbreak of the global pandemic, a record 31.9 million tourists visited Japan, with over 2 million visitors a month. The estimated monthly figure for August this year was 169,800, according to the Japan National Tourism Organization.

To revamp domestic tourism, Kishida said that the government will also restart its nationwide subsidy program on Oct. 11.

Expanding the scope of the domestic tourism campaign introduced by each Japanese prefecture, the scheme offers financial assistance of up to 11,000 yen ($77) per person for a one-night stay.

"I hope as many people as possible utilize (the program), which would support tourism and entertainment industries," Kishida said.