Shohei Ohtani came within four outs of a no-hitter and extended his MLB career-high win total to 15, leading the Los Angeles Angels to a 4-2 win over the Oakland Athletics on Thursday.

Ohtani (15-8) limited Oakland to a pair of singles in eight shutout innings before being relieved by Aaron Loup at the start of the ninth. He struck out 10 and walked one in a 108-pitch outing.

The two-way star's continued run of dominance on the mound brought chants of "MVP! MVP!" from the fans at Angel Stadium as he went on to win his fifth straight decision. 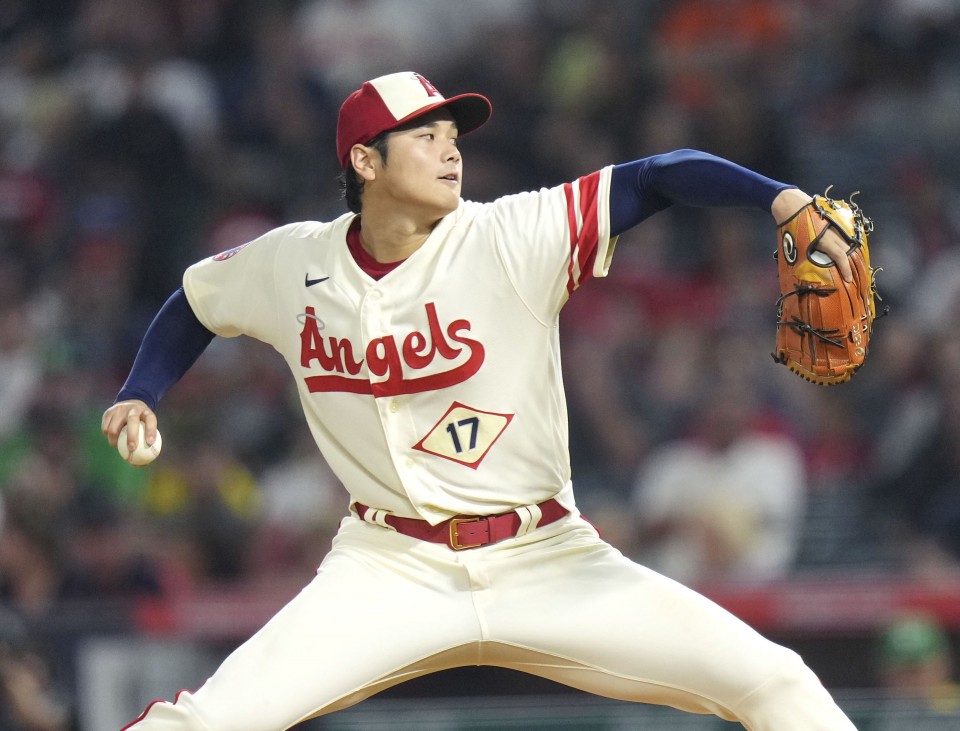 Shohei Ohtani of the Los Angeles Angels delivers a pitch during a game against the Oakland Athletics at Angel Stadium in Anaheim, California, on Sept. 29, 2022. (Kyodo)

After walking the first batter of the game, Ohtani did not allow any other runner until Conner Capel had a two-out single in the eighth to break up his no-hit bid.

Dermis Garcia followed Capel with a base hit of his own, but Ohtani escaped the two-on jam by getting Shea Langeliers to ground out to third.

"I left that pitch a little high," Ohtani said of the first hit he allowed. "To be honest, I was not really feeling my fastball. But my slider was doing its thing and it was working. I am kind of surprised that I got through eight innings."

Asked if he thinks he is having a better year than in his 2021 MVP season, Ohtani said, "I definitely feel like this season is better overall, my pitching numbers are better and I am playing with more confidence after experiencing last year."

Ohtani now needs to pitch just one more inning to reach 162 innings for the season to qualify among the league leaders and make history as the first player to do so as both a hitter and a pitcher.

Ohtani also contributed to his own cause with a first-inning RBI single that extended his major league career-best hitting streak to 14 games. He later added an infield single in a 2-for-4 night at the plate. 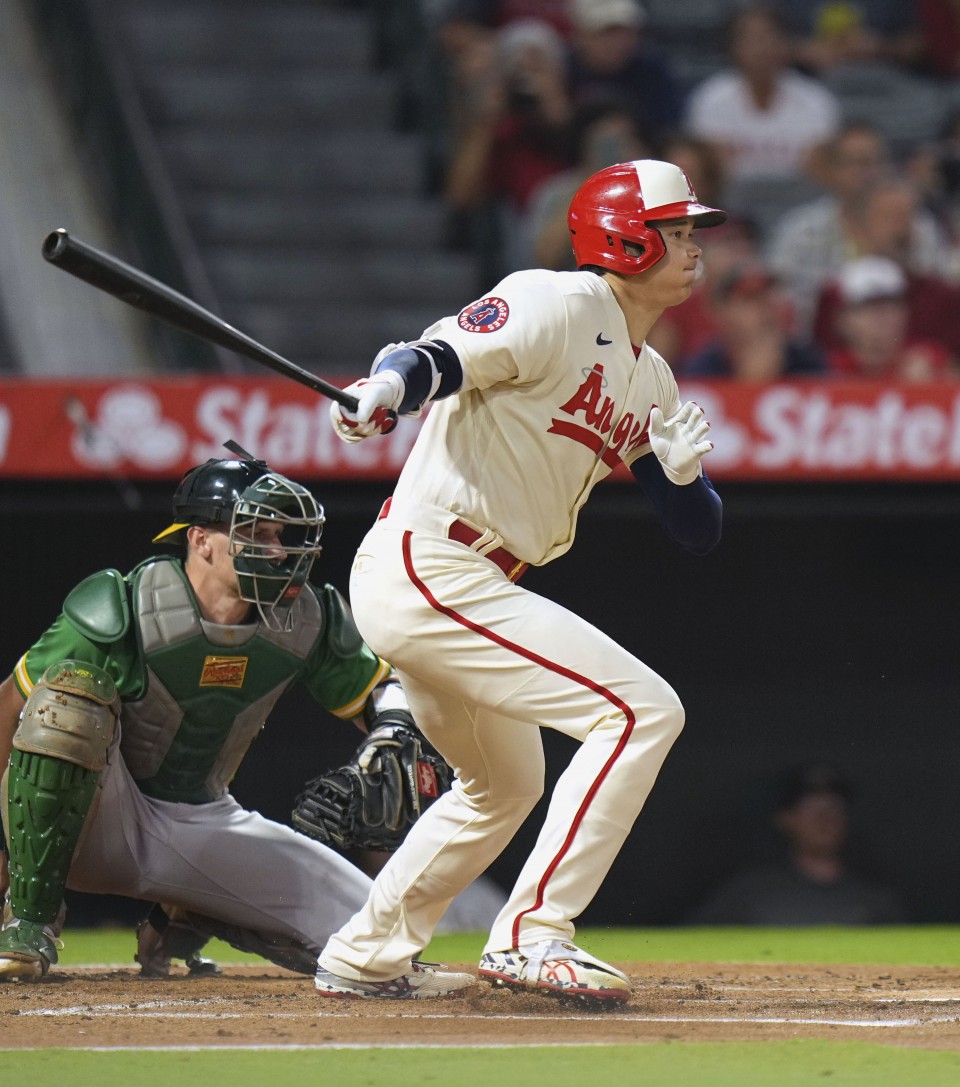 Shohei Ohtani of the Los Angeles Angels hits an RBI single in the first inning of a game against the Oakland Athletics at Angel Stadium in Anaheim, California, on Sept. 29, 2022. (Kyodo)

A's starter Cole Irvin (9-13) took the loss. Ryan Tepera got the final out for his fifth save.

At Wrigley Field, Chicago Cubs outfielder Seiya Suzuki, who recently returned from paternity leave, went 2-for-3 with two runs scored in a 2-0 victory over the Philadelphia Phillies, their fourth win in a row.