U.S. President Joe Biden and Japanese Prime Minister Fumio Kishida are planning to hold a summit around Sept. 20 on the sidelines of the U.N. General Assembly in New York, diplomatic sources said Saturday.

The meeting could, however, be reduced to short talks as Biden has already indicated that he will travel to London to attend Queen Elizabeth II's state funeral, which might clash with the first day of high-level debate at the assembly on Sept. 20. 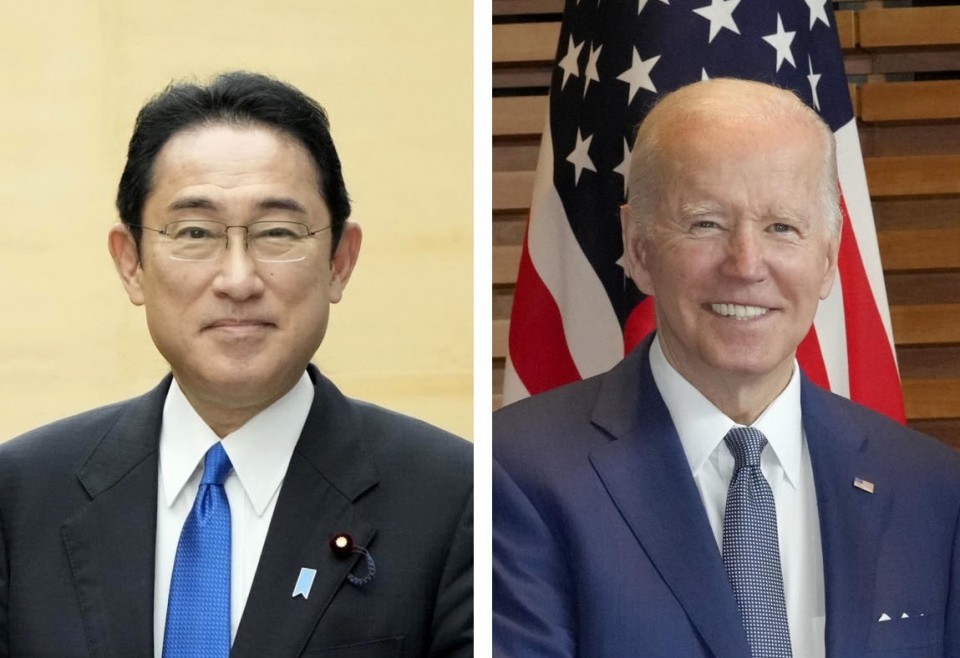 In addition to talks on cooperation in responding to Russia's invasion of Ukraine, the pair is expected to hold further discussions on the security environment around Japan, including increased Chinese military pressure on Taiwan and a possible North Korean nuclear test.

Kishida is also likely to seek cooperation from Washington on holding next year's Group of Seven leaders' summit in Hiroshima, devastated by a U.S. atomic bombing in the closing stages of World War II in August 1945.

Should the two come together for discussions, it will be the first meeting between them since June when they attended the Group of Seven leaders' summit in Germany. The pair also joined a trilateral meeting with South Korean President Yoon Suk Yeol on the sidelines of the North Atlantic Treaty Organization summit in Madrid two days later.

Chinese military activity in the Taiwan Strait has intensified since U.S. House of Representatives Speaker Nancy Pelosi's visit to the island in early August inflamed tensions between the two powers. Relations were further strained following a U.S. decision to have two warships pass through the strait on Aug. 28.

There are also fears North Korea may have completed preparations for its seventh nuclear test.