Swiss glaciers shrink by half since 1930s, melting faster: study

Switzerland's glaciers lost more than half their volume between 1931 and 2016, a new study found, with glacier retreat accelerating in recent years amid growing concerns over global warming.

The ice volume on the country's glaciers has shrunk by 62 cubic kilometers, or 51.1 percent, over the 85-year period and glaciers are melting even faster, losing an additional 12 percent since 2016, according to the study published Aug. 22 in the scientific journal Cryosphere. 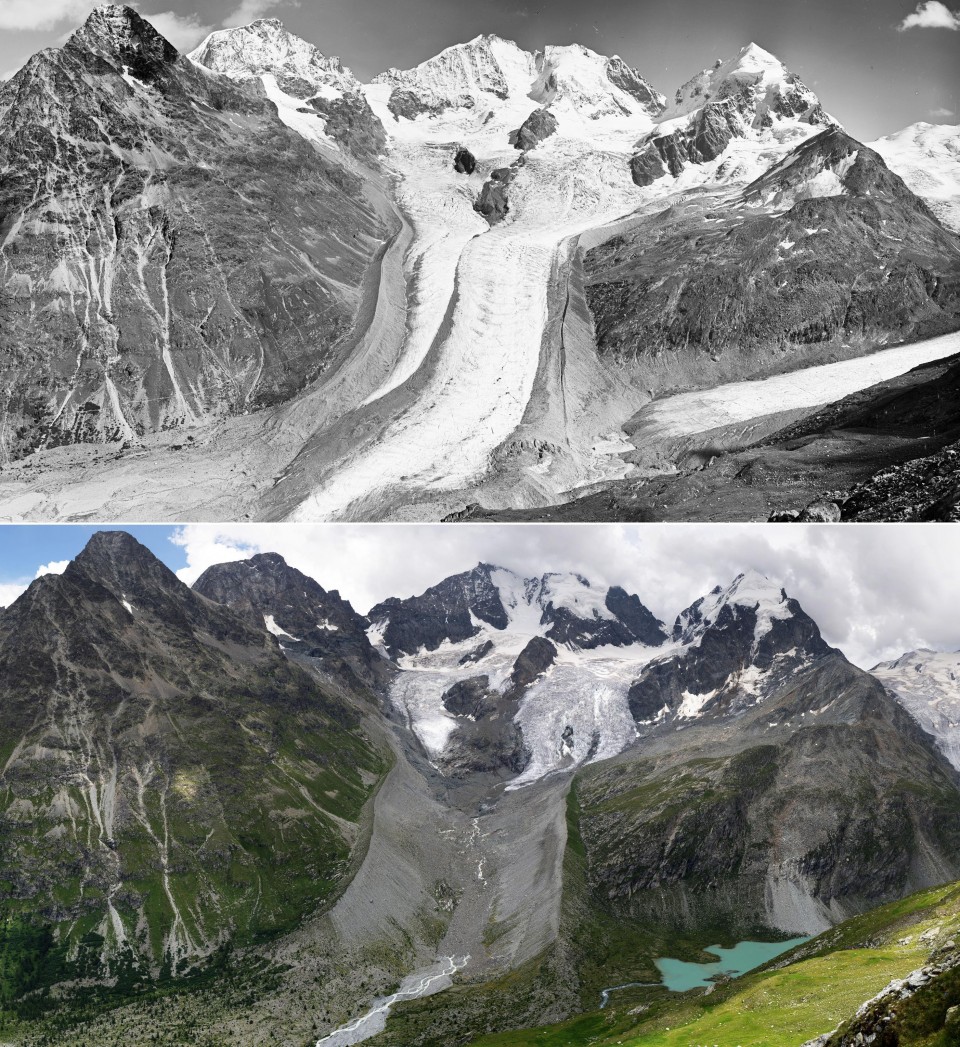 "Our study is absolutely essential as there was not much information on how glaciers behave on such a long timescale at the level of the entire country," Daniel Farinotti, professor of glaciology at ETH Zurich and co-author of the study, told Kyodo News.

The findings will help train computer-based models to make better predictions about the future behavior of glaciers, he added.

The researchers processed about 21,700 photographs of glaciers taken between 1916 and 1947. The historical archive pictures released by the Swiss Federal Office of Topography in 2018 had never been used in a scientific work before, according to the scientists.

The study shows that glaciers' volume loss is about 20 percent bigger than previously estimated, said Farinotti.

Researchers have found that not all Swiss glaciers have been affected in the same way. Glaciers in the eastern part of Switzerland have shrunk faster than in the south, where the famous Matterhorn is located.

The study shows that low altitude, rocks on the ice surface and the flatness of a glacier's snout are parameters contributing to accelerating melting.

While the climate in the 20th century has been generally unfavorable for Swiss glaciers, some increased their ice volume during a sporadic growth period in the 1920s and late 1970s.

According to the latest Swiss Glacier Inventory, Switzerland's 1,400 glaciers cover a little less than 1,000 square kilometers, which is about half of the total glacier surface of the European Alps.

In a report in 2019, the Intergovernmental Panel on Climate Change said the world's glaciers are projected to lose up to 47 percent of their ice volume by 2100, with small glaciers in Europe and other regions estimated to shrink more than 80 percent.