"No one country can satisfy the globe's demand," Harris told Japanese corporate executives in a meeting held at the U.S. ambassador's residence in Tokyo. "Japan and the United States share a commitment to work on resilient supply chains and to invest in forward-looking innovation."

Harris urged Japanese companies to join U.S. efforts to promote investment in research and production of chips, explaining the details of the CHIPS and Science Act that U.S. President Joe Biden signed into law in August. 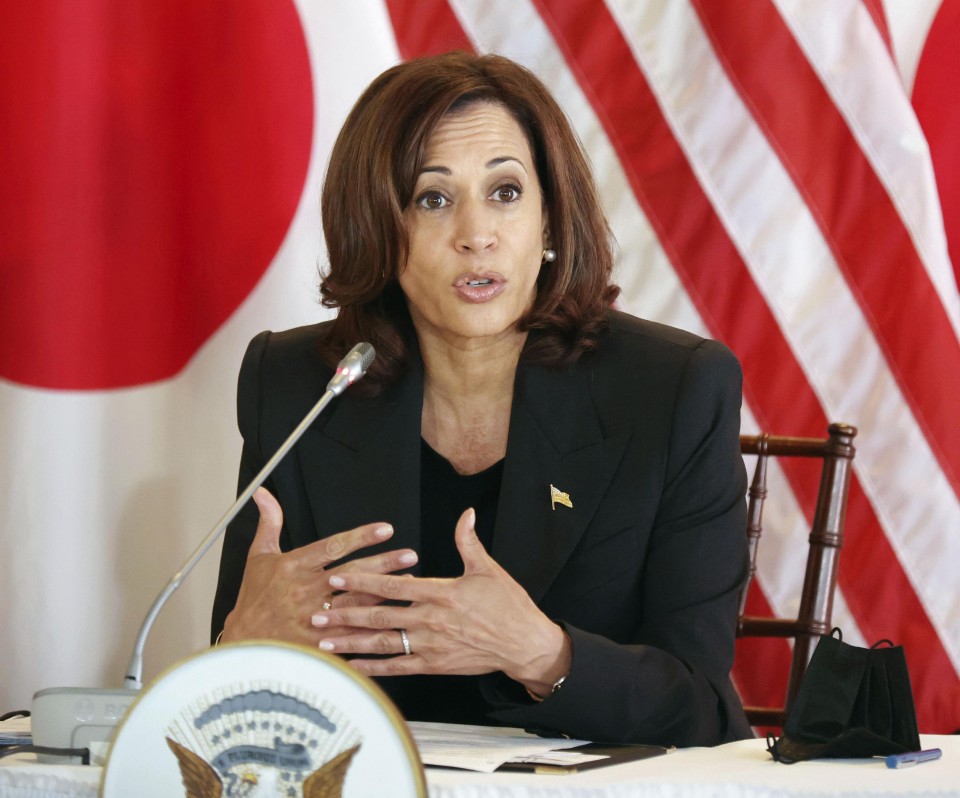 Top brass from about a dozen leading firms in Japan, including Tokyo Electron Ltd., Nikon Corp. and Fujitsu Ltd., attended the meeting, organized a day after Harris represented the United States at the state funeral for slain former Prime Minister Shinzo Abe.

The United States and Japan are facing an urgent need to expand semiconductor production capacity amid recent shortages aggravated by the coronavirus pandemic, which have proved that an unstable supply of the components can have huge economic repercussions.

The two countries are also grappling with increasing economic security risks from countries such as China, which has heavily invested in technology and manufacturing related to semiconductors that are used in everything from smartphones to cars.

"We have to diversify our reliance on essential supplies," Harris said, suggesting the pandemic has underscored the weakness of the countries' supply chains.

Harris and Japanese executives discussed recent and future investments by Japanese firms in the U.S. chip industry and how they can further collaborate to build more resilient supply chains, according to the White House.

The CHIPS and Science Act, which aims to invest $52.7 billion in semiconductor production and development, is part of the U.S. government's efforts to secure a technological edge amid intensifying competition with China.

With an eye to building semiconductor supply chains that rely less on potential adversaries, the United States has recently moved to accelerate cooperation with Japan, a key security ally.

In July this year, the two countries agreed to collaborate on research and development of next-generation semiconductor technology that is expected to be used for artificial intelligence, quantum computing and other purposes.

Japan has also ramped up efforts to establish a secure domestic semiconductor supply chain, allocating up to 476 billion yen ($3.3 billion) for the construction of a chip-making factory to be operated by Taiwan Semiconductor Manufacturing Co. in the southwestern prefecture of Kumamoto.

Japan gov't to allocate up to 476 bil. yen for TSMC chip plant