Ministers from countries involved in a U.S.-led Indo-Pacific framework agreed Friday to start formal negotiations on building a rules-based economic order in the fast-growing region where China is expanding its clout.

The 14 member states of the Indo-Pacific Economic Framework will engage in rule-setting talks to create economic opportunity, improve labor conditions and promote sustainability in the region, Japanese trade minister Yasutoshi Nishimura said after a two-day IPEF meeting in Los Angeles. 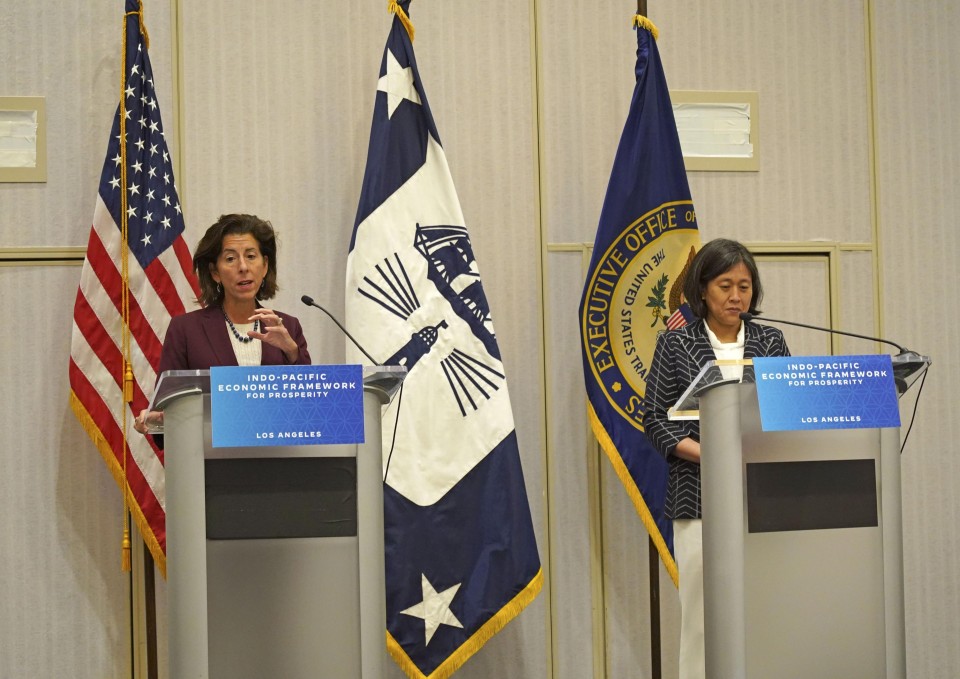 "This is an impressive achievement and one that reflects the fact that we have consensus and commitment among all 14 IPEF partner countries," U.S. Commerce Secretary Gina Raimondo said at a press conference.

The IPEF members are all committed to creating an ambitious and high-standard economic agreement in the Indo-Pacific, she said, without referring to a deadline for the negotiations.

Raimondo indicated there will be senior-level talks by the end of the year and another ministerial meeting early next year.

Nishimura told reporters separately, "We would like to especially push forward initiatives focused on economic security, including energy." 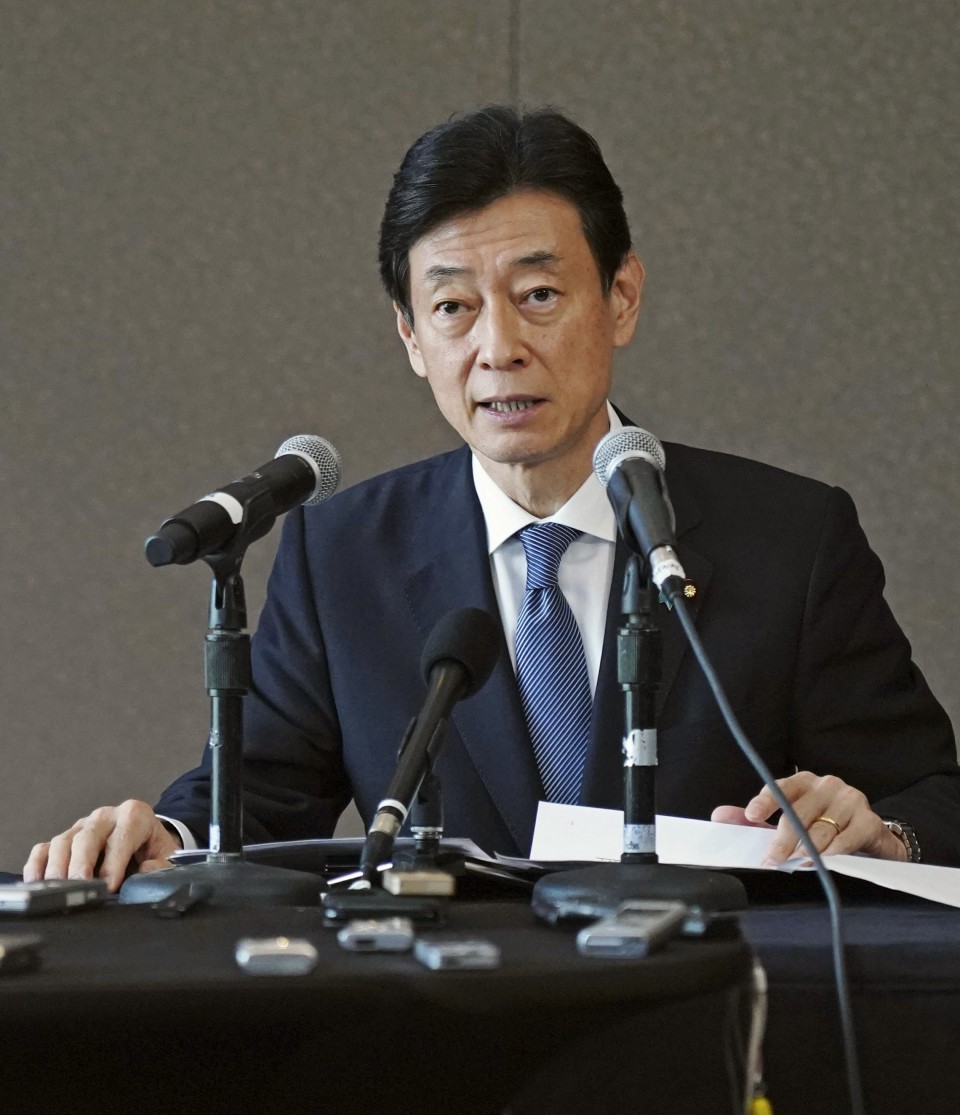 The IPEF members will strive to produce outcomes in areas where they can feel the benefits of being part of the framework, the minister of economy, trade and industry said.

U.S. Trade Representative Katherine Tai said, "Our intention now is to move towards negotiations with our partners on each pillar, with the first round of discussions taking place after this ministerial."

The IPEF countries, accounting for 40 percent of global gross domestic product and 28 percent of the global goods and services trade, released ministerial statements after the talks.

"We will seek to develop new and creative approaches to trade and technology policies that advance a broad set of objectives and that fuel economic activities and generate investments," according to a statement on the trade pillar.

India chose not to take part in the trade pillar, aimed at crafting high-standard, inclusive, free, fair, and open trade commitments that build upon the rules-based multilateral trading system, according to the statements.

The South Asian country apparently did not want to be committed to trade rules without gaining market access.

Unlike a conventional trade agreement, IPEF does not involve tariff cuts and other trade liberalization measures, prompting critics to question the initiative's value to participating countries.

Apart from India, the other 13 members are participating in negotiations for all four pillars.

In a demonstration of IPEF's flexibility, countries can pick and choose which pillars to join, and trade experts say the flexible approach appears to have lowered participation hurdles for countries such as India and those in Southeast Asia.

In Los Angeles, IPEF members shared their understanding of the importance of ensuring supply chain resilience after disruptions caused by the coronavirus pandemic and Russia's invasion of Ukraine, the ministers said.

Raimondo noted that early harvest opportunities in negotiations could come from the supply chain pillar, as every country in the world has realized the importance of supply chain resiliency after experiencing the COVID-19 pandemic.

A statement on the supply chain pillar said IPEF members "will advance these areas of cooperation in an expeditious and steadfast manner."

The White House projects the Indo-Pacific region, with around 60 percent of the world's population, will become the largest contributor to global growth over the next 30 years.

The launch of the framework aimed at setting high economic standards was announced during U.S. President Joe Biden's visit to Japan in May.

U.S. officials say IPEF is a key part of Biden's strategy for the Indo-Pacific region.

The following is a list of major events related to trade initiatives and deals involving countries in the Indo-Pacific in recent years.

March 2010 -- Eight countries, including the United States and Australia, start negotiations toward a multilateral free trade pact to be called the Trans-Pacific Partnership, or TPP.

February 2016 -- The United States, Japan and 10 other countries sign the TPP agreement.

January 2017 -- President Donald Trump pulls the United States out of the TPP.

December 2018 -- CPTPP enters into force for six countries including Japan and Australia.

November 2020 -- Asia-Pacific countries including Japan, China and the 10 members of ASEAN sign the Regional Comprehensive Economic Partnership, or RCEP, following India's withdrawal from the negotiations.

January 2022 -- RCEP takes effect for 10 countries including Japan and China.

May 2022 -- Biden announces launch of IPEF with 13 members, including the United States, Japan and South Korea. Fiji joins later.