North Korea's Kim vows to never give up nukes amid U.S. threat

North Korean leader Kim Jong Un has pledged his country will never give up its nuclear weapons, alleging the United States ultimately aims to cause the Pyongyang regime to collapse, state-run media reported Friday.

Kim made the remarks Thursday in a speech to the Supreme People's Assembly, the country's top legislature, which adopted legislation detailing its policy on the use of nuclear forces, according to the official Korean Central News Agency.

The law said the country's nuclear forces "shall obey the monolithic command" of Kim, who shall have "all decisive powers concerning nuclear weapons" as supreme leader. 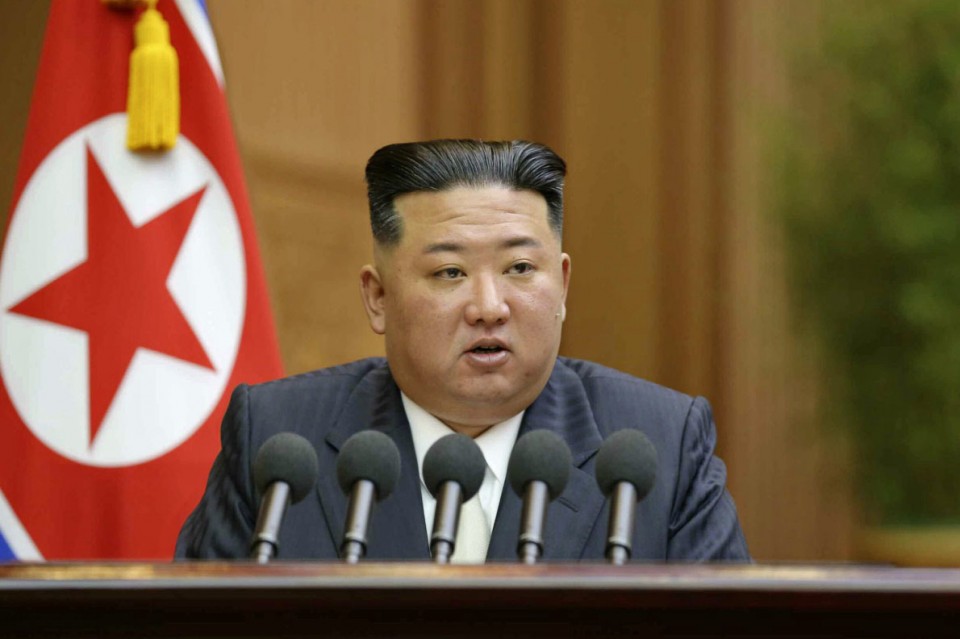 "In case the command and control system over the state nuclear forces is placed in danger owing to an attack by hostile forces, a nuclear strike shall be launched automatically and immediately to destroy the hostile forces," it said.

The KCNA said the country's status as a nuclear weapons state has become "irreversible" with the enactment of the nuclear force policy.

In April, Kim said in a speech that North Korea will bolster its development of nuclear weapons at an increased pace and use them if its fundamental interests are threatened.

North Korea is believed to have completed preparations for its seventh nuclear test and the first since September 2017, with speculation mounting that the Asian country may carry out it soon.

In the speech, Kim stressed Pyongyang's resolve to not yield to economic sanctions imposed in response to its nuclear and missile programs, saying it is a "misjudgment" that the North Korean people would become dissatisfied with the ruling Workers' Party of Korea and the government over the largest U.S. sanctions in history.

Kim also said North Korea would "responsibly conduct" a vaccination campaign against the coronavirus and recommended all residents wear masks from November as immunity acquired during the latest wave of infections could wane before winter.

The country with a population of 25 million has not rolled out COVID-19 vaccines despite reporting about 4.77 million fever cases since late April, with 74 people dying. On Aug. 10, Kim declared victory in North Korea's fight against the coronavirus and ordered an easing of "maximum emergency" measures imposed in May.

On Friday, North Korea marked the 74th anniversary of the country's founding, with no indication it plans to stage a military parade.

Xi praised the North's success in curbing the spread of COVID-19, while Putin expressed conviction that bilateral ties would be further developed to strengthen security and stability in the Korean Peninsula.

North Korea yet to show any sign of immediate nuclear test: South Korea