The Japanese government decided Friday on a new relief package to cope with accelerating inflation, featuring a 50,000 yen ($350) cash handout program for about 16 million low-income households and steps to keep gasoline and imported wheat prices at current levels.

Prime Minister Fumio Kishida also instructed officials to draw up a more comprehensive economic package next month, as economists expect slower growth for the world's third-largest economy due to higher import prices, largely blamed on Russia's war in Ukraine and a relentless drop in the yen.

To finance the package, the government plans to submit a draft supplementary budget to an extraordinary parliament session in the fall, hoping to secure its passage by the end of the year. 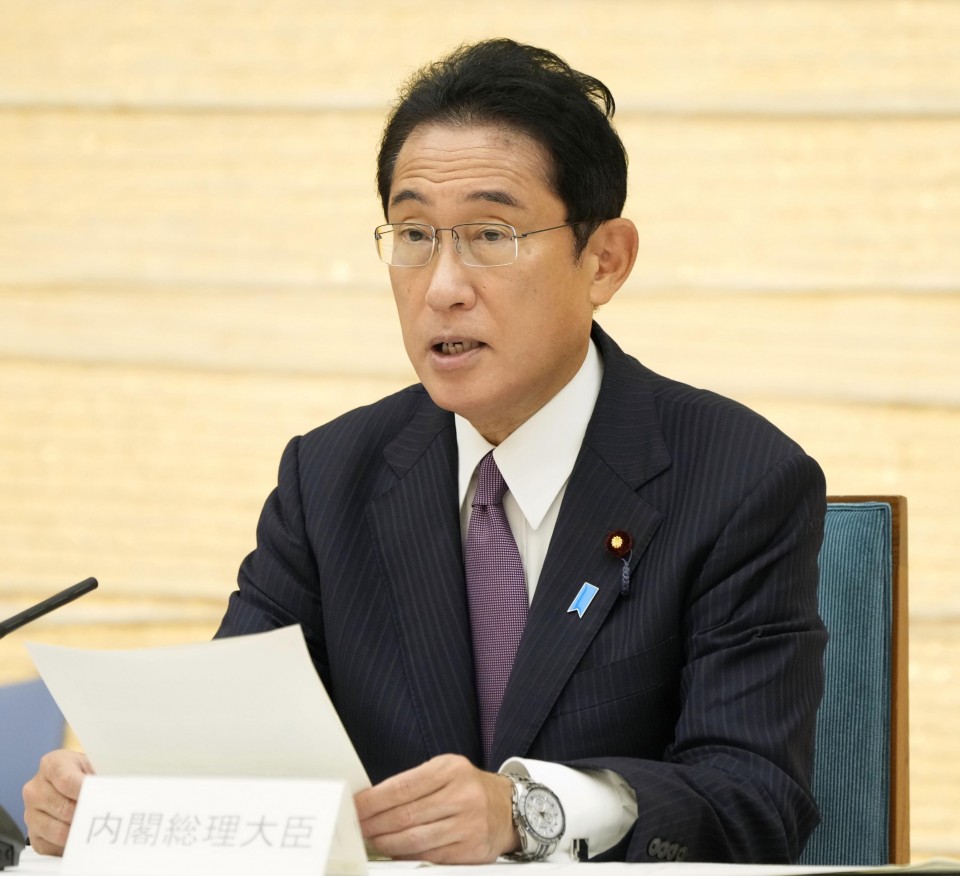 The government has started making arrangements to convene the Diet session in early October, sources with knowledge of the planning said.

"To realize the passage within the year for sure, it is preferable to convene the Diet in October at an early date," a senior government official said.

The decision to craft the relief package comes at a critical time for Kishida as he faces some of the biggest challenges of his roughly 11 months in office -- falling public support amid scrutiny over a state funeral for the late former Prime Minister Shinzo Abe and the ruling party's ties with the controversial Unification Church.

"It is one of the top priorities for the administration to protect people's livelihoods and business in the midst of a global price surge," Kishida told a government meeting, noting that an urgent response is needed. "We will take bold steps seamlessly."

The government will spend around 900 billion yen to give 50,000 yen each to low-income households exempt from paying resident taxes. The program comes on top of similar cash handouts for households to cope with the COVID-19 pandemic and inflation.

To help reduce fuel costs shouldered by consumers, the government will maintain its subsidies to oil wholesalers beyond September until the end of this year. Such subsidies are intended to lower retail gasoline and kerosene prices.

For the relief package, the government will tap reserve funds in the state budget for the current fiscal year from April. Along with measures against the coronavirus, around 3.5 trillion yen is expected to be used from the funds.

The price of imported wheat that the government sells to millers will be kept at its current level in the hope of preventing further price rises in staple food items such as bread and noodles.

The government will maintain costs for compound feed at current levels between October and December to help farmers.

Households in Japan have already begun to feel the pinch from higher prices of energy and everyday goods, with more price hikes in the offing as companies pass on higher costs to them.

Economists say rising inflation will dent consumer sentiment at a time when domestic demand is still weak, and the economic recovery from the COVID-19 fallout has been relatively slow.

A resurgence in coronavirus cases this summer is also raising questions about the strength of its recovery, even though the economy grew at a faster-than-expected annualized rate of 3.5 percent in the three months to June.