Darvish (16-7), who previously won 16 games in his major league rookie year in 2012, allowed two runs and five hits, striking out eight and walking one at Coors Field. The right-hander won his sixth straight start. 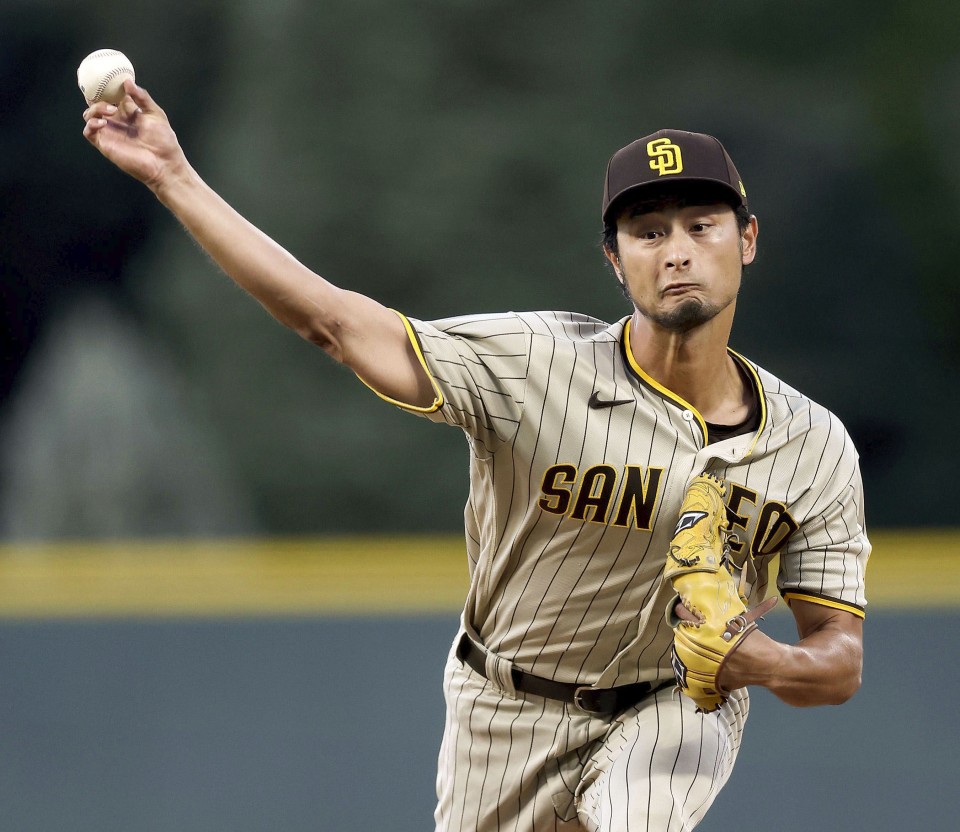 Starting pitcher Yu Darvish of the San Diego Padres throws against the Colorado Rockies on Sept. 24, 2022 in Denver, Colorado. (Getty/Kyodo)

Darvish, the NL Player of the Week for Sept. 12-18, yielded a leadoff home run to Ryan McMahon in the first inning but quickly recovered and settled in.

The Padres turned a 1-0 deficit into a 3-1 lead through the top of the fifth.

Padres manager Bob Melvin sent Luis Garcia to the mound to replace Darvish after his offense scored six runs to open up a 9-2 lead in the seventh. Darvish threw 87 pitches, 63 for strikes.

"I managed to pitch persistently," Darvish said. "With our offense, I usually get a win if I throw about six innings and limit the damage to two or three runs."

At Target Field in Minneapolis, Shohei Ohtani extended his hitting streak to 10 games with a two-run single while going 1-for-5 in the Los Angeles Angels' 8-4 loss to the Minnesota Twins.

Baseball: Yu Darvish named Player of the Week in MLB for 1st time