At least 146 LDP lawmakers had dealings with Unification Church

At least 146 lawmakers from the Liberal Democratic Party have had dealings with the Unification Church or affiliated organizations, a Kyodo News survey and interviews revealed Saturday, once again highlighting the close ties between Japan's main ruling party and the religious body.

Politicians' connections to the church, formally known as the Family Federation for World Peace and Unification, have become a source of controversy since former Prime Minister Shinzo Abe was killed on July 8 over alleged links to the religious group by a gunman who harbored a grudge against the church. 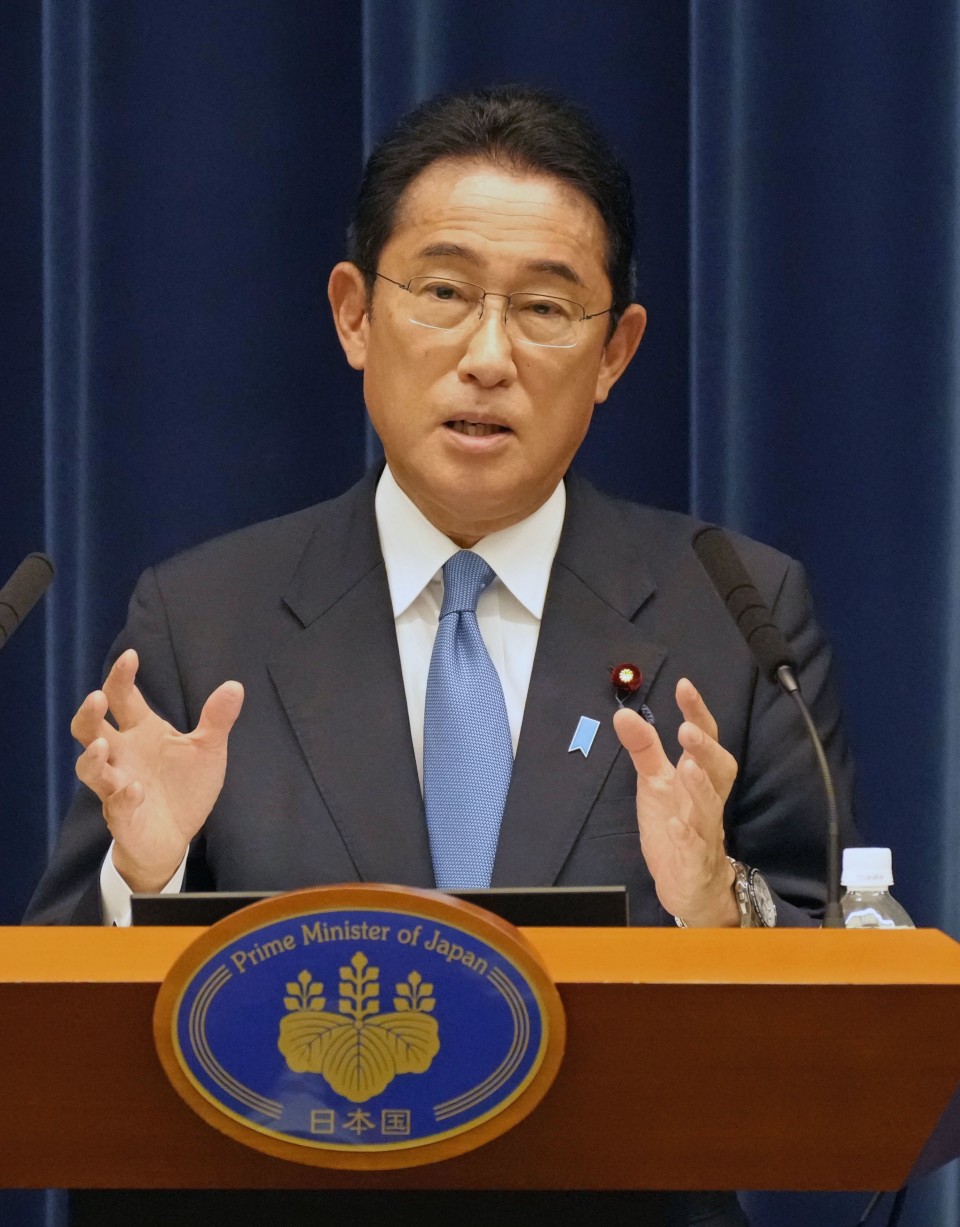 Japanese Prime Minister Fumio Kishida speaks about the Unification Church issue at a press conference at his office in Tokyo on Aug. 31, 2022. (Kyodo)

The number of those found to have ties with the group, currently equivalent to 38 percent of the 381 LDP members in both chambers of parliament, is likely to increase once the results of an internal survey are released.

Founded in South Korea in 1954 by the late Sun Myung Moon and labeled a cult by critics, the church is famous for its mass weddings.

The group's "spiritual sales," in which people are talked into buying jars and other items for exorbitant prices, have become a social problem in the past.

Of the total, the Abe intraparty faction made up the largest number of members with ties at 39, followed by party Vice President Taro Aso's and Secretary General Toshimitsu Motegi's factions at 21 each, heavyweight Toshihiro Nikai's faction at 20 and Prime Minister Fumio Kishida's faction at 19.

Three belong to a faction led by Hiroshi Moriyama, chairman of the LDP Election Strategy Committee, and 23 others were not affiliated with any faction.

A Kyodo News survey conducted in July and August revealed that 82 LDP lawmakers had dealings with the church.

Kyodo reporters individually interviewed lawmakers who had not responded to the survey because some admitted, upon taking up government posts in the Cabinet reshuffle last month, to have had contacts with the group.

The new findings showed that Nikai, a former LDP secretary general, and Takumi Nemoto, a former minister of health, labor and welfare, had sent congratulatory messages to meetings of organizations related to the church.

It was also discovered that Kosaburo Nishime, a former minister in charge of Okinawa and Northern Territories affairs, Gen Nakatani, an advisor to the prime minister, and Eriko Yamatani, a former chairwoman of the National Public Safety Commission, had previously been interviewed by the church-affiliated Sekai Nippo newspaper.

Ken Saito, a former minister of agriculture, forestry and fisheries, said his secretary had attended a meeting of a group related to the church, while Aso and Motegi both denied having had any dealings.

Around 40 lawmakers did not respond to the survey, accept interviews, or declined to comment, citing the ongoing investigation by the LDP.

Among other parties, internal surveys revealed that 15 members of the Japan Innovation Party, 14 members of the Constitutional Democratic Party of Japan, and three members of the LDP's junior coalition partner Komeito have also had dealings with the Unification Church.

The findings bring the number of lawmakers found to have been involved with the church in some way to 184 out of a total of 711.