A team of researchers has developed a rechargeable cyborg cockroach that can be remotely controlled for use in search-and-rescue and other missions, Japan's Riken research institute said.

In experiments led by the state-backed institute, the team attached 4-micrometer ultrathin solar cell film to the backs of Madagascar cockroaches, which are around 6 centimeters long and easy to handle because they do not fly.

Despite the attached electronic components, the cockroaches could still move freely as the team interleaved adhesive and non-adhesive sections onto the solar cell films to accommodate the insects' natural movement. 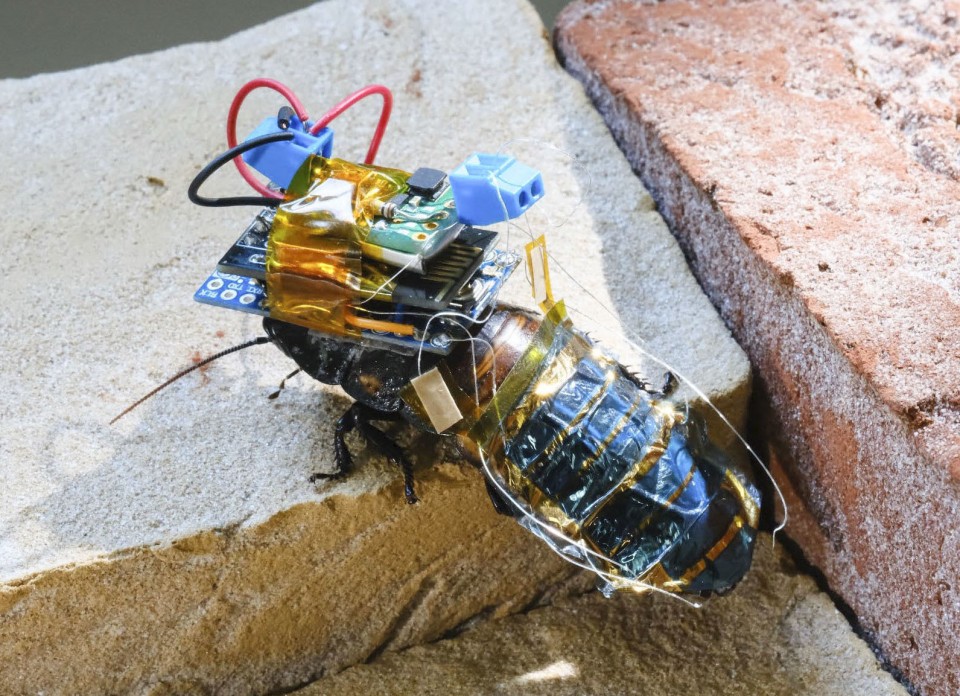 With the electricity supplied by the solar cell, the team could control the cockroaches' movements via a wireless control module attached to the thorax by applying electrical stimulation to a sensory organ called the cercus at the rearmost segment of the insects, it said.

Cyborgs, which are integrations of machines and organisms, can be used not only to replace an organism's defective body parts but also to realize functions that exceed its normal capabilities, the team said.

The team hopes the latest study will contribute to the practical use of cyborg insects, including the ability to search for survivors trapped in rubble or to collect data in hazardous zones.

"As wireless communication consumes a lot of power, we want to improve the amount of electricity generated by solar cells in the future," said Kenjiro Fukuda, a senior research scientist at Riken.

He added that the method to attach the solar panels used in the latest study could be applied to other insects.

The research was published in the international science journal npj Flexible Electronics on Sept. 5.