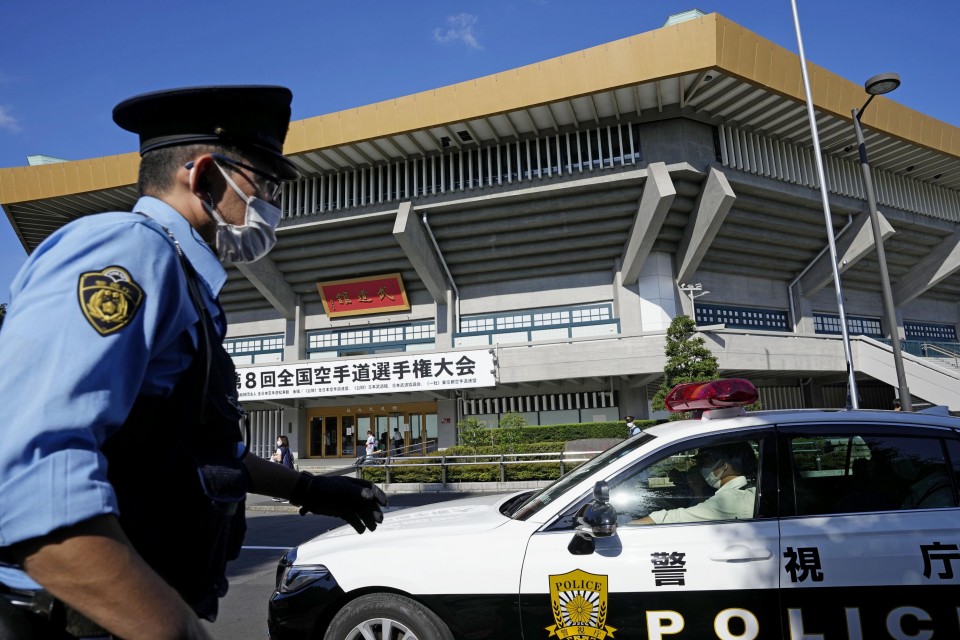 Police officers patrol in front of the Nippon Budokan hall in Tokyo on Sept. 25, 2022, two days ahead of slain former Japanese Prime Minister Shinzo Abe's state funeral to be held there. (Kyodo) ==Kyodo

The "National Travel Discount" will provide the equivalent of up to 11,000 yen ($77) in discounts and coupons per traveler per day, which can be used for meals, shopping and accommodation expenses.

On the first of three days of talks with overseas delegations, Kishida received a pledge from Vice President Kamala Harris that the United States would work with Japan if the Asian nation faced security threats.

TOKYO - Nearly a decade after the launch of "Abenomics," Japan cannot still do without massive monetary and fiscal stimulus -- the two features of the economy booster program pushed by the late former Prime Minister Shinzo Abe.

A weaker yen, a byproduct of the Bank of Japan's monetary easing and welcomed as beneficial for the export-reliant economy, has reached a point where the current leader Fumio Kishida had to say its rapid weakening pace is one of the "crises" facing the country.

TOKYO - Japan is on alert against speculative yen moves against the U.S. dollar and is ready to act again in the currency market if needed, after its intervention last week had a "certain effect," the country's finance minister said Monday.

TOKYO - Japan has imposed tight security measures in the capital as it prepares to hold a state funeral for slain former Prime Minister Shinzo Abe on Tuesday with foreign dignitaries attending.

TOKYO - The global economy will likely grow 2.2 percent in 2023, slower than the 2.8 percent projected earlier, weighed down by monetary tightening in advanced economies to fight inflation, the Organization for Economic Cooperation and Development said Monday.

Japan will see growth of 1.4 percent next year, slower than the 1.8 percent expansion previously forecast in June, the OECD's economic outlook report showed, even as the Bank of Japan is in no rush to tweak its ultralow rate policy.

BEIJING - A freight train service between China and North Korea resumed Monday after it was suspended in late April amid a coronavirus outbreak in the Chinese border city of Dandong, South Korea's Yonhap News Agency said.

The train with more than 10 cars from Dandong was spotted crossing a bridge to the North's border city of Sinuiju at 7:43 a.m., Yonhap said. China is the country' closest and most influential ally in economic terms and the move signals the expansion of bilateral trade.

TOKYO - Japan began Monday to simplify its coronavirus reporting system by targeting elderly and high-risk people in a bid to reduce the administrative burden on hospitals and local health centers.

The new system will not require medical facilities to report details such as names and addresses of younger people with milder symptoms that have made up around 80 percent of the country's COVID-19 cases since the Omicron strain drove numbers sharply higher and stretched the medical system thin.