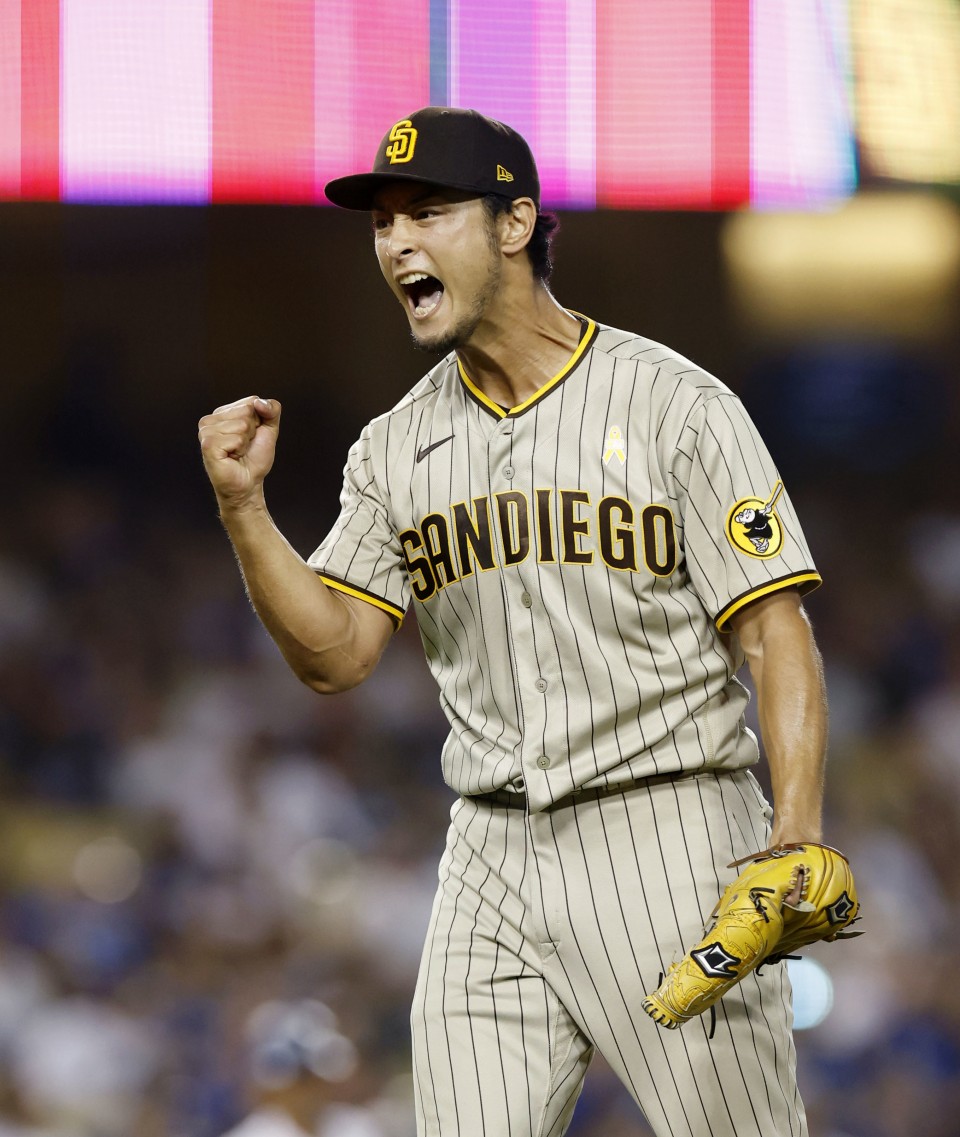 Yu Darvish of the San Diego Padres reacts after pitching a scoreless seven innings against the Los Angeles Dodgers at Dodger Stadium in Los Angeles on Sept. 2, 2022. (Kyodo)

Upon reaching his milestone 3,000th strikeout in elite pro competition Friday, Yu Darvish reflected on how having fun as a child in Japan's rigid baseball culture by making the ball bend made him the pitcher he is today.

Darvish joined Hideo Nomo as just the second pitcher with 3,000 pro strikeouts and 1,000 each in Japan and MLB.

Famous in MLB for confounding hitters with a broad assortment of pitches, Darvish said that breaking pitches became his passion at an early age.

"Ever since I started playing baseball, I've been obsessed with breaking pitches," he said after pitching the San Diego Padres to a 7-1 win over the Los Angeles Dodgers.

As a boy from an international family in Japan's authoritarian youth baseball culture, Darvish didn't want to just pitch by the book the way he was told.

"In junior high school, I was rarely allowed to pitch, so pitching was a big deal for me," he said. "It seemed like a waste to just be so serious and throw everything low and away. Because I wanted to have fun trying different things, my starting point was making the ball break."

An Osaka-area youth coach who managed national championship winners, Ryunosuke Seno, said local coaches did not think highly of Darvish during his final year of junior high school because he wanted to go his own way and refused to pitch when hurt.

"I asked people...and they said, 'He (Darvish) quickly says he feels pain. He doesn't listen," Seno said. "They said, 'If he goes to a higher level, he'll get crushed.' But he was from an international family, and his education was different."

Instead of getting crushed, Darvish thrived in high school and as a pro, where his fascination with getting the ball to move made it hard for his first pitching coach, Mike Brown, to get him to throw his four-seam fastball.

Darvish did begin throwing the big fastball more, and in the middle of the 2006 season he went from solid to dominant, helping pitch the Pacific League's Nippon Ham Fighters to the pennant. Yet, he has never gotten away from his love of variety.

"It's because of that that I can change the way I pitch. It's all due to my (longtime) fascination with breaking balls," he said. "In the middle of the game, I can become a completely different pitcher. That's my strength."

But even with 3,000 pro strikeouts, Darvish said, they are not his focus.

"Now, as I can throw more pitches with subtle differences, and my command improves, I can pitch more different ways," he said. "Getting a strikeout feels great, but what I enjoy more is being able to finish six or seven innings in good fashion." 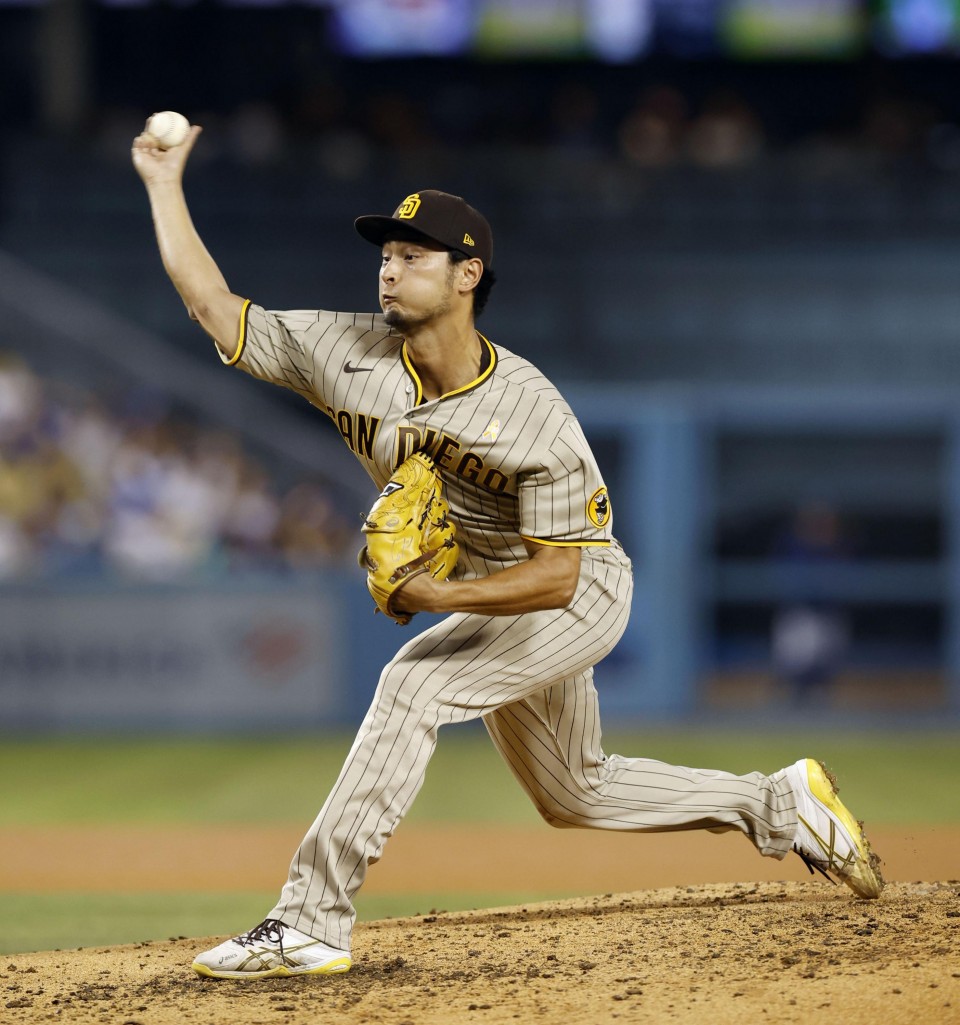 Yu Darvish of the San Diego Padres pitches against the Los Angeles Dodgers in a baseball game at Dodger Stadium in Los Angeles, on Sept. 2, 2022. (Kyodo)