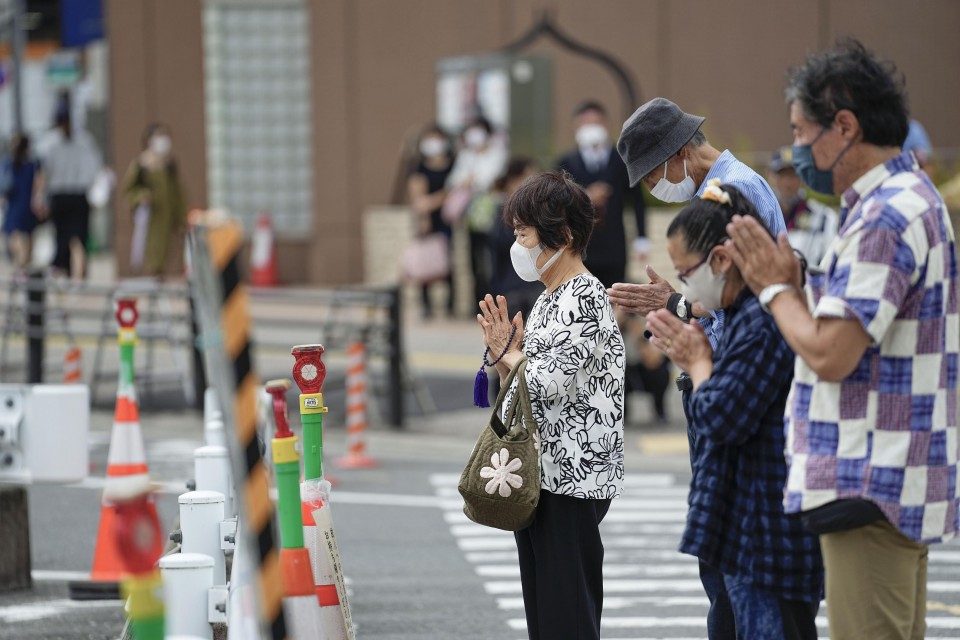 TOKYO - Haruyuki Takahashi, a former Tokyo Olympic organizing committee executive at the heart of a widening corruption scandal over games sponsor selection, and one of his closest business partners allegedly shared a bribe from an advertising company, a source close to the matter said Wednesday.

Takahashi and Kazumasa Fukami, both former executives of Japan's largest advertising agency Dentsu Inc., are suspected of using consulting firms that they now head to receive the money.

TOKYO - Japanese Prime Minister Fumio Kishida met Wednesday with a spate of foreign dignitaries in Tokyo on the final of three days of "condolence diplomacy," a day after the controversial state funeral for slain former leader Shinzo Abe.

During their meeting, Kishida and South Korean Prime Minister Han Duck Soo agreed that the two countries will accelerate communication to restore "sound" bilateral relations and to "further develop" them, according to the Japanese Foreign Ministry.

WASHINGTON - The administration of U.S. President Joe Biden vowed Wednesday to strengthen ties with Pacific island nations through an enhanced diplomatic presence and climate crisis support as part of its first strategy specifically focused on the region.

The move comes as the U.S.-Pacific Island Country Summit is set to be held in Washington for two days from Wednesday, in another effort by the Biden administration to step up regional engagement in the face of China's expanding influence.

TOKYO - North Korea on Wednesday fired what appeared to be a ballistic missile, according to Japanese and South Korean authorities.

The projectile appears to have landed outside of Japan's exclusive economic zone, Japanese government sources said. There are no reports of damage caused by the launch.

NAHA, Japan - Three Chinese coast guard vessels entered Japan's territorial waters near the Senkaku Islands on Wednesday and stayed for more than eight hours, a day before the 50th anniversary of the normalization of the countries' diplomatic ties.

The Japan Coast Guard said the intrusion, the first since Sept. 8, off the uninhabited islets claimed by China occurred around 3:15 a.m. after the ships tracked three Japanese fishing boats.

"No one country can satisfy the globe's demand," Harris told Japanese corporate executives in a meeting held at the U.S. ambassador's residence in Tokyo. "Japan and the United States share a commitment to work on resilient supply chains and to invest in forward-looking innovation."

NAHA, Japan - Defense Minister Yasukazu Hamada and Okinawa Gov. Denny Tamaki on Wednesday failed to make concessions on a plan to relocate a key U.S. base within the island prefecture.

During their first talks since Hamada became defense minister in August, Tamaki urged the central government to scrap the plan to move U.S. Marine Corps Air Station Futenma from the densely populated city of Ginowan to the less populated coastal area of Henoko in Nago.

TOKYO - Japan's parliament will convene an extraordinary session on Monday, lawmakers said, with opposition parties aiming to grill Prime Minister Fumio Kishida over links between his party and a controversial religious group.

The session will continue for 69 days through Dec. 10, the lawmakers of the ruling Liberal Democratic Party and its junior coalition partner Komeito said Wednesday, with approval ratings for Kishida's Cabinet on a downward trend.