Tries to Seina Saito and Yuka Sadaka were among the rare highlights for Japan in a lopsided 95-12 loss to New Zealand in their women's international rugby test match on Saturday.

The world No. 2 Black Ferns ran in 15 tries against the 13th-ranked Sakura Fifteen at Auckland's Eden Park, including seven by winger Portia Woodman. 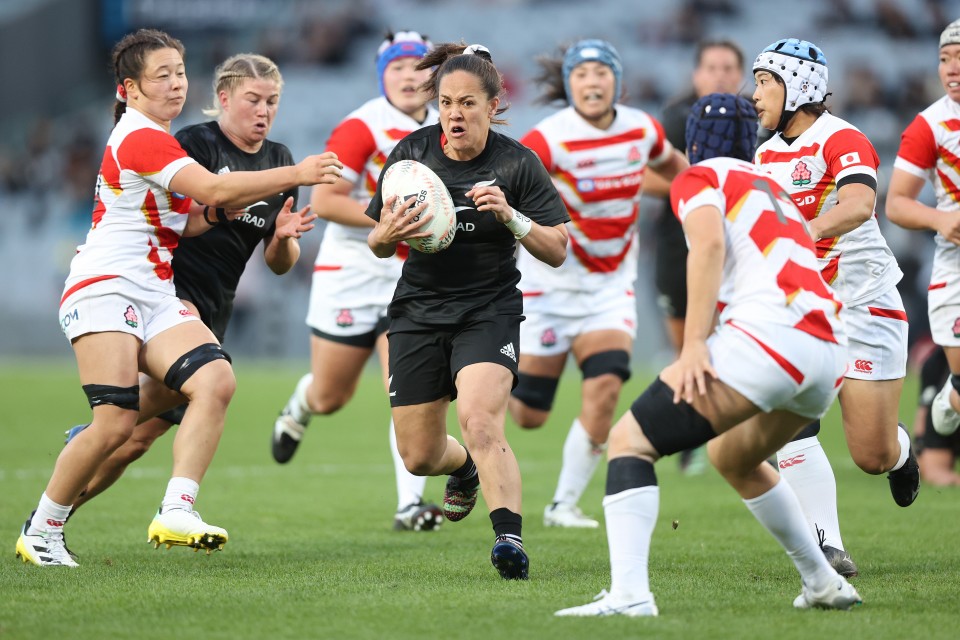 The match was already out of hand when Saito put Japan on the board in the 37th minute, diving across from a ruck to make it 45-7 following the conversion. Sadaka dotted down in the 58th minute for a 71-12 deficit.

New Zealand will aim to win their record sixth women's rugby World Cup as hosts of the Oct. 8 to Nov. 12 tournament. Japan will begin their World Cup campaign against Pool B opponents Canada on Oct. 9 in Whangarei.