Japanese figure skater Yuzuru Hanyu, a star in China, celebrated the 50th anniversary of the normalization of Japan-China diplomatic ties at a ceremony held in Tokyo on Thursday.

During the Beijing Olympics earlier this year, Chinese media repeatedly reported on the local popularity of Japan's double Olympic champion Hanyu, who retired from competition in July. 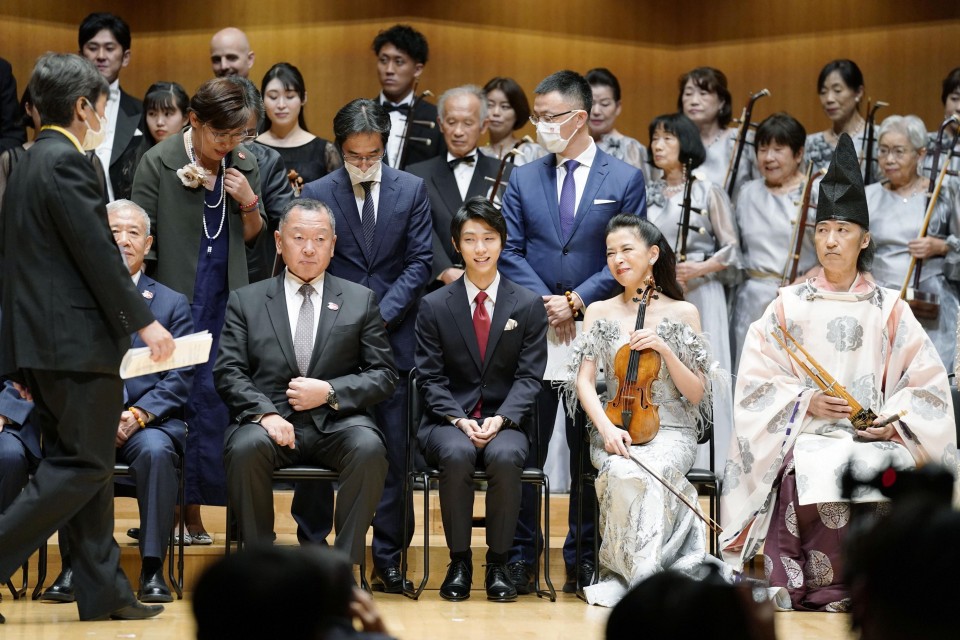 Figure skater Yuzuru Hanyu (C in front row) is pictured at an event held in Tokyo on Sept. 29, 2022, marking the 50th anniversary of the normalization of diplomatic ties between Japan and China. (Kyodo)

In his five-minute speech at the event, Hanyu said he hopes that Japan and China will "build a better relationship because they are neighbors," expressing willingness to contribute to improving bilateral ties.

"Today is a memorable day, and I feel very glad," said the figure skater, who became the youngest recipient of the Japanese government's People's Honor Award at age 23 in 2018. He did not give any performance at the ceremony.

Looking back to the Beijing Games, Hanyu said he "got involved with Chinese people's kindness and warmness, which were impressive."

Hanyu has drawn attention in China since 2014 when he had a bloody collision with a Chinese skater during the official practice before winning the silver medal at the Cup of China in Shanghai. 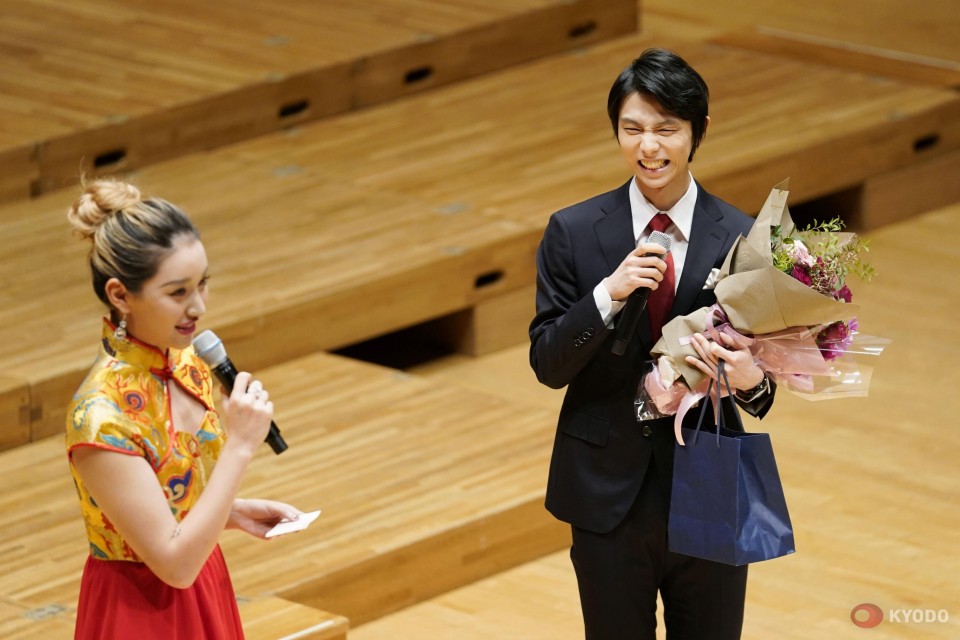 In February this year, Chinese fans were upset as his eight-year reign as Olympic champion had ended in Beijing.

Kishida was absent from the ceremony held in Tokyo in apparent consideration of bilateral ties, recently strained by a deepening rift between Beijing and Western nations over Taiwan.