Pressure is mounting on the Japanese government to compile uniform guidelines on school bus safety after a 3-year-old girl died of heatstroke early this month when she was left inside a van used by a kindergarten for several hours.

The incident involving China (pronounced chee-na) Kawamoto, who died on Sept. 5 after being left behind in a vehicle in Shizuoka Prefecture for about five hours, was a painful reminder of a similar tragedy only a year earlier -- a 5-year-old boy who succumbed to heatstroke in Nakama, Fukuoka Prefecture in southwestern Japan, after being left in a locked nursery school bus for about nine hours.

In both cases, the driver and other staff failed to notice that the children were left behind by forgetting to check the seats and not confirming their presence at the day care centers. 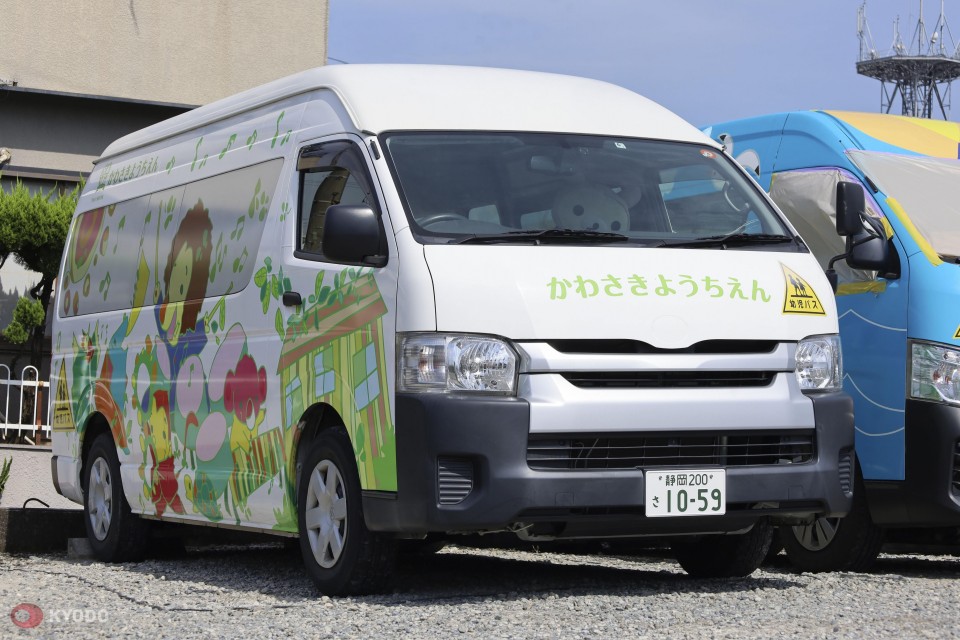 Photo taken on Sept. 14, 2022, in Makinohara, Shizuoka Prefecture, shows the vehicle in which 3-year-old China Kawamoto was left behind. (Kyodo)

The latest incident prompted the government to start compiling safety guidelines for school buses for the first time, with the minister in charge aiming to complete it by the end of October, suggesting the state will stop dragging its feet on the issue.

In Japan, the operation of school vehicles is not subject to the government's safety regulations as it is "a private contract" between a nursing facility and parents. Thus, it has been left up to the nursery facilities to operate them safely.

The government has resorted to only issuing municipality notices on safety management. But with the little girl's death, there are growing calls from the public for mandatory installation of school vehicle safety systems and financial assistance in introducing them.

Nonprofit organization Florence, a child welfare aid group, started a signature rally demanding the government compel nursery facilities to install safety systems in vehicles to prevent children from being left behind and to subsidize their installments.

The campaign, which had collected over 43,000 signatures as of Thursday, also urges the government to support nursery facilities' bus operations -- assistance which is "extremely small" despite labor shortages due to low wages and heavy workloads.

The group presented the signatures to Masanobu Ogura, minister in charge of policies related to children, on Wednesday. "I take (the signatures) seriously and see them as a big voice," Ogura said.

After meeting Ogura, Florence founder Hiroki Komazaki told reporters that the lives of children cannot be protected just by telling day care facilities to be more careful. "I expect the government to take concrete measures," he said.

In a government meeting on Thursday, the minister said in addition to calling for the mandatory installation of safety devices on school buses, the government will come up with a concrete plan to extend financial assistance for such improvements.

Unlike in Japan, measures to protect children's safety on vehicles have been introduced in other countries.

When a South Korean girl died after being left behind on a day care bus in 2018, the government amended that country's road traffic law almost overnight -- stipulating several months later that the disembarking of all children on school buses must be verified.

Day care centers must apply a "sleeping child check" system, where the driver is required to walk to the back of the vehicle to check whether all passengers have gotten off.

The driver must press a button installed at the back of the vehicle, confirming that all children have alighted within 3 minutes after turning off the engine or removing the key. If the driver fails to press the button, an alarm sounds.

Similar safety measures have also been introduced in the United States, such as sensors that detect if a child remains on a school bus and warn staff of their presence.

Earlier this week, children from a nursery in Shizuoka took part in a drill in which they practiced honking a horn inside a vehicle to alert people if they are left behind.

About 45 kids participated in the exercise held at a driving school, where they learned to put weight on their elbows or other body parts to sound the horn. A sticker was affixed to the steering wheel to mark the spot.

"It was no problem when I pressed down with both hands. If I'm in danger, I have to scream 'help!' and honk the horn," a 4-year-old boy said. 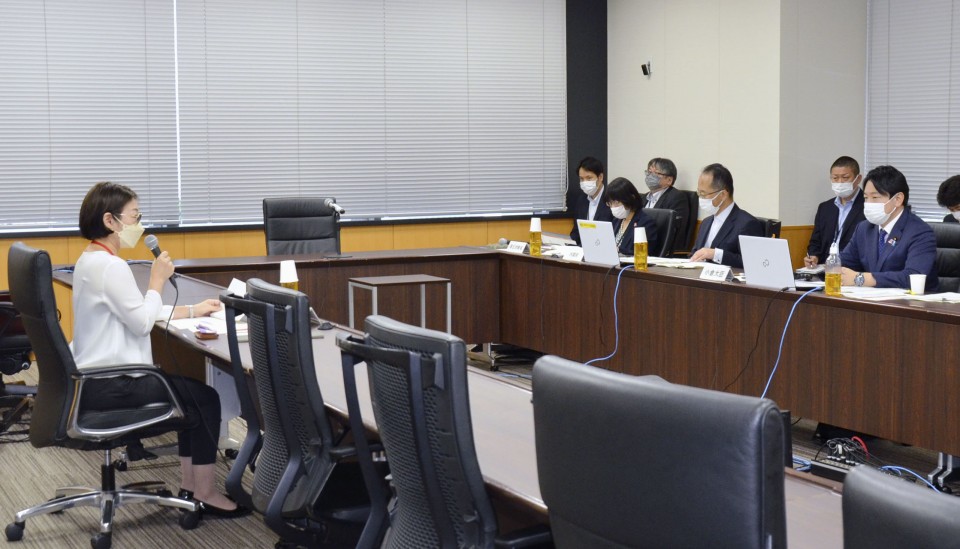 Masanobu Ogura (far R), minister in charge of policies related to children, is briefed by an expert at a meeting in Tokyo on Sept. 20, 2022, as the Japanese government compiles safety measures following the death of a girl who was left behind in a kindergarten bus. (Kyodo)

Mieko Miyata, head of a nonprofit organization on child safety, said while it is important to introduce safety manuals and systems, "training to ensure that (the manuals and systems) are properly functioning and giving support to secure human resources is also indispensable."

Nearly 6 percent or 15 out of 267 drivers and other staff involved in school bus operations said they have experienced leaving children behind in the past year, according to a survey conducted in May by Sanyo Trading Co., which sells sensors that can detect children in vehicles.

The survey showed that three of the bus drivers said they "were unaware" of the children remaining.

When asked why children are left on buses, more than 65 percent of the respondents cited "low awareness" among the drivers and bus staff, while 56.3 percent said it was because of staff shortages.

Sanyo Trading said it aims to introduce a "radar sensor" detection device developed by IEE SA, a Luxembourg-based tech company, to the Japanese market in fiscal 2023.

The device, which can be retrofitted to the ceiling of vehicles, can detect the slightest motion by children -- even breathing -- and immediately alerts the driver of their presence on board.

"As the last line of defense, the sensors can detect a child left behind, and we want to save as many lives as possible," said an official of Sanyo Trading, adding that government support is needed to ease the financial burden in introducing sensors.