Japanese and South Koreans both see each other's country more favorably than last year, but ill feelings linger after years of soured political relations between the Asian neighbors over wartime issues, a survey showed Thursday.

Japanese who have unfavorable feelings about South Korea stood at 40.3 percent, down 8.5 percentage points, while South Koreans who hold a negative impression of Japan came to 52.8 percent, down 10.4 points, according to the poll conducted by nonprofit think tank Genron NPO and the Seoul-based East Asia Institute. 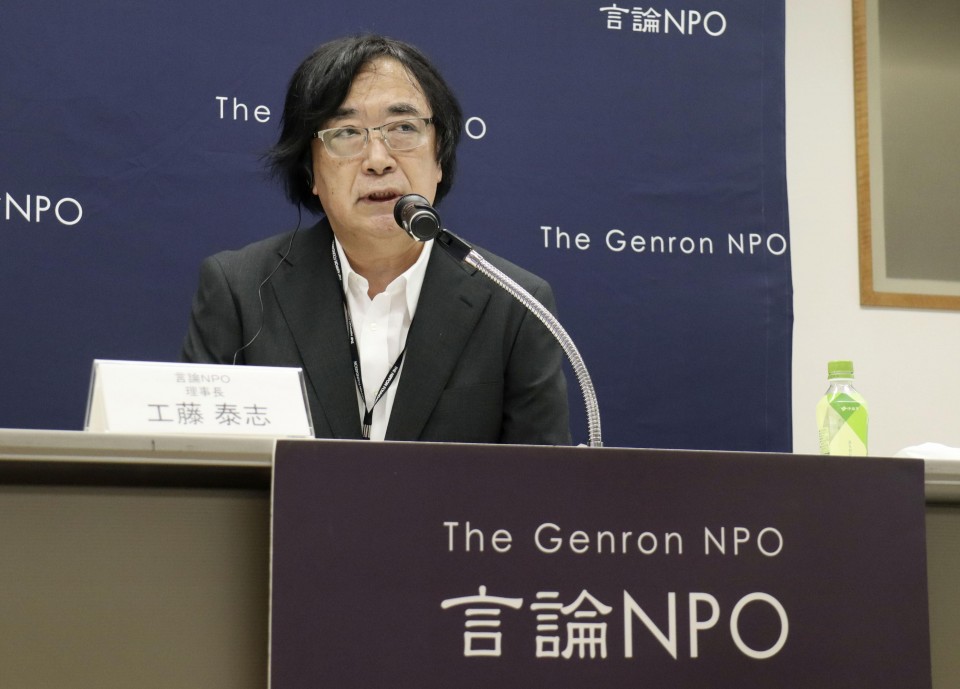 Yasushi Kudo, head of Genron NPO, speaks at a press conference in Tokyo on Sept. 1, 2022. (Kyodo)

The Japanese think tank attributed the slight improvements to the fact that the two countries are both democratic countries allying with the United States on the back of intensifying tensions between Washington and Beijing.

Still, the survey covering about 1,000 people in each country, conducted between July and August, found that 52 percent of South Koreans believe relations between Tokyo and Seoul will not change. Among the Japanese respondents, it was 37.7 percent.

About 20 percent of the Japanese respondents hold a good impression of South Korean President Yoon Suk Yeol, who took office in May, known for taking a "future-oriented" approach with Japan. It compares with 2 percent for his predecessor, Moon Jae In.

Japan-South Korea ties deteriorated to their lowest level in decades under the previous administration of Moon, during which the top court ordered the two Japanese firms to compensate South Korean plaintiffs for their unpaid labor during Japan's 1910-1945 colonial rule of the Korean Peninsula.

Japan maintains that the issue of claims stemming from the colonial era was settled under a bilateral accord signed in 1965 when they normalized diplomatic ties.

Asked about Japanese Prime Minister Fumio Kishida, only 6.6 percent of the South Korean respondents said they have a good impression.

"Public sentiment is beginning to change, but government-to-government relations remain stagnant," Yasushi Kudo, the head of the think tank, said at a press conference in Tokyo, urging Tokyo and Seoul to take specific steps to improve ties.