A coffee shop in the central Japan prefecture of Aichi has begun catering to elderly people with dementia, creating a welcoming community between customers, their caretakers and the children given a chance to wait on them.

At Anki Cafe in Toyohashi, named after the regional dialect word "anki" meaning "relief," no one is bothered even if a customer bursts into song or wanders aimlessly around the shop -- behaviors related to the illness often considered too disruptive to be acceptable in regular society. 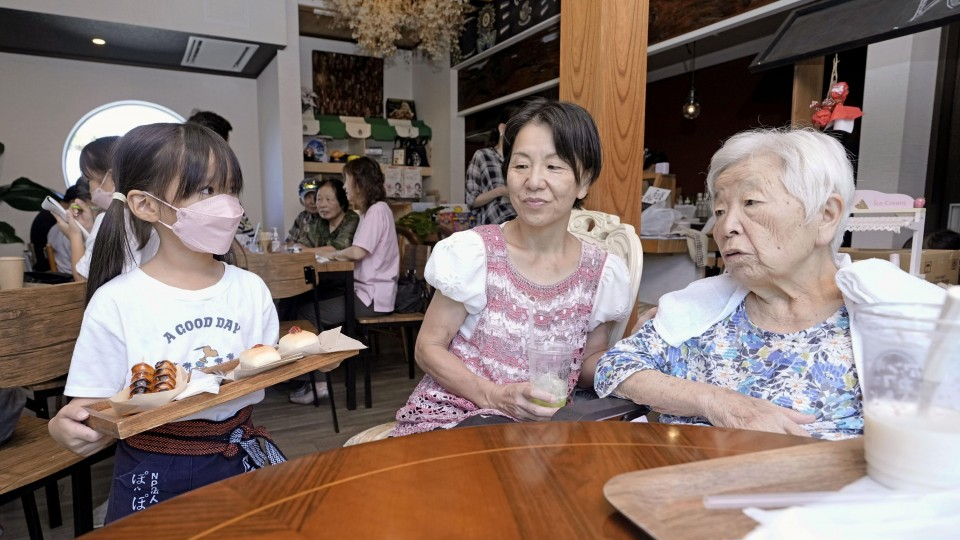 Eiko Hosokawa (C) and her mother interact with a child helping out at Anki Cafe in Toyohashi, Aichi Prefecture, on Sept. 11, 2022. (Kyodo)

"When my mother chats with her friends, she seems so happy," said Eiko Hosokawa from Gamagori in Aichi. The 59-year-old has cared for her dementia-suffering 83-year-old mother almost single-handedly for a decade.

Watching her mother speak to a woman around her age and willingly chat with children serving as staff, Hosokawa said she felt comforted that there was "a place for her." The cafe also became her own place of respite, she said.

Before finding out about the cafe in August last year, Hosokawa could never leave her mother alone at home even just to go out to a cafe for a break. But if she took her mother, she was worried that her mother might suddenly start screaming.

Anki Cafe is managed by Tomoka Sugino, a 52-year-old woman who was forced to care for her father Masamachi who was injured around April 2020 in a workplace accident. He became trapped under heavy machinery while cleaning at a construction company operated by a relative. 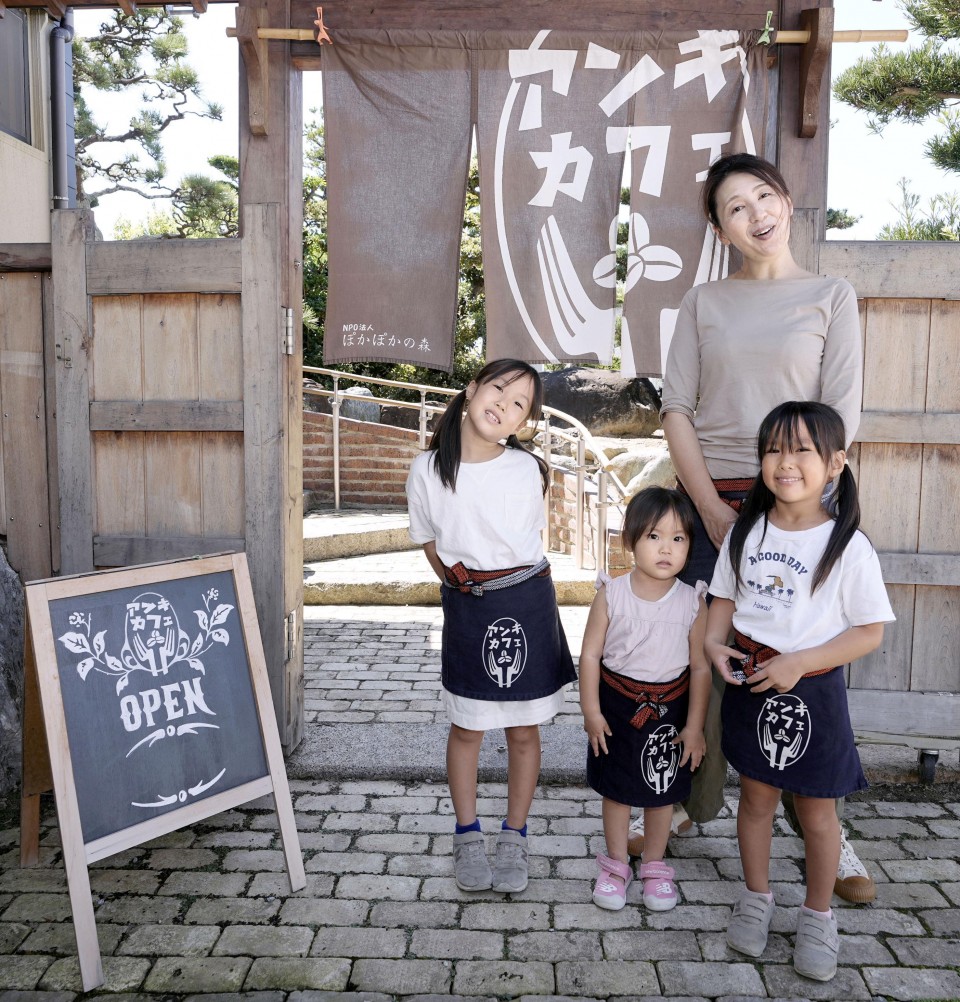 Tomoka Sugino (back) stands in front of Anki Cafe with her "store staff" in Toyohashi, Aichi Prefecture, on Sept. 11, 2022. (Kyodo)

When she was studying home nursing care, a photograph caught her attention. It showed two elderly people smiling as they drank some juice.

"Caretaking is of course important but a place where old people can laugh is necessary," she thought. She opened the cafe in June last year, helped by the 82-year-old Masamichi who by that time had recovered.

Sugino wanted to create a place for people of different ages to communicate at a time when children have fewer opportunities to interact with their grandparents. Like in other parts of the world, Japan's traditional family structure has shifted and no longer do three generations regularly live under one roof.

Hoping that spending time with the elderly would foster kindness in children that would lead to them helping the elderly when they are in need, Sugino has "hired" around 40 children from nearby elementary schools and kindergartens to be store staff.

One day in September, 7-year-old Koharu Ono was helping out at the coffee shop.

"Sometimes I feel a bit nervous, but it's fun asking what people want and bringing them drinks. I play card games with guests sometimes too," she said.

In aging Japan, dementia has become a pressing issue. The government estimates that around 7 million people, or one in five who are aged 65 years or older, will suffer the illness by 2025.

"There will be a time when places like Anki Cafe will be necessary across Japan. It would make me happy to see more shops undertaking similar projects," Sugino said.