Newlyweds get the Pokemon seal of approval in Hokkaido

A couple from Bihoro in Hokkaido this month became the first newlyweds to submit a marriage registration form the town has designed with cute illustrations of Pokemon characters.

Yuji Toyoshima from Tsubetsu and Haruka Ishikawa from Bihoro were given a round of applause when they handed over the form to Bihoro Mayor Koji Hirano on stage at a festival on Sept. 4. 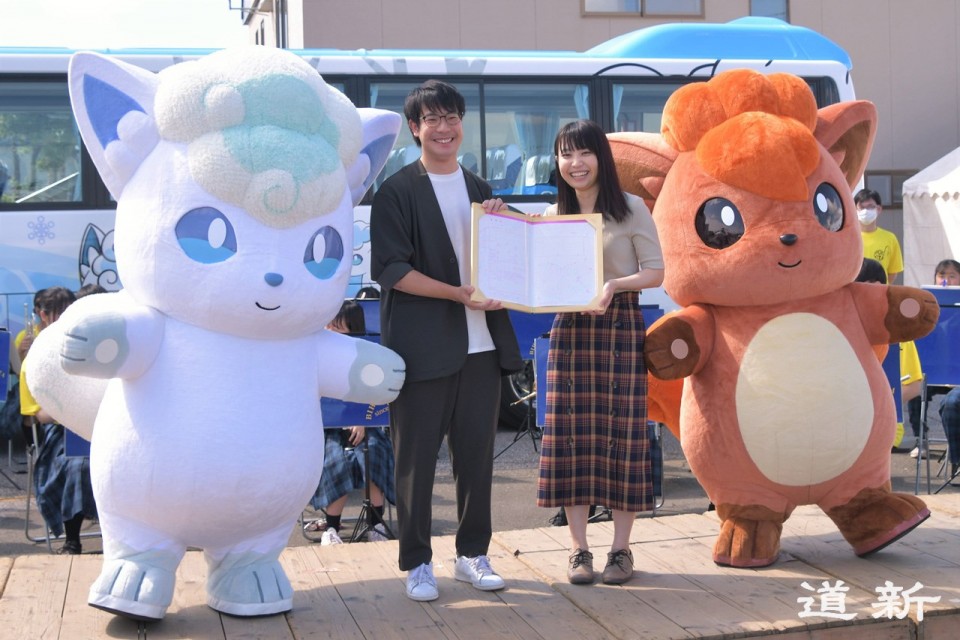 Yuji Toyoshima (2nd from L) and Haruka Ishikawa pose with their marriage registration form and the Pokemon characters featured on it.

The new marriage registration form was created based on a partnership agreement between Hokkaido and The Pokémon Company in Tokyo.

The entry fields are the same as on conventional forms, but there is an illustration of "Rokon," also known in English as "Vulpix," and "Arora Rocon," or "Alolan Vulpix," facing each other above the words "Happy Wedding." The margins are interspersed with pictures of flowers.

The couple said they were glad they were able to attend the "celebratory occasion" and that it would make a good memory.