A 3-year-old girl died Monday after she was likely left for about five hours inside a kindergarten school bus in Makinohara, Shizuoka Prefecture, southwest of Tokyo, police said.

China Kawamoto is suspected of dying of heatstroke, according to the Shizuoka city fire department, which has jurisdiction over Makinohara. Police may pursue professional negligence resulting in death in connection with the case.

The bus arrived at her kindergarten at around 8:50 a.m. and school staff found her unconscious inside the bus at around 2:10 p.m., according to police. She was subsequently confirmed dead.

Five other children and a staff member in her 70s had also boarded the vehicle with the kindergarten principal in his 70s in the driver's seat. 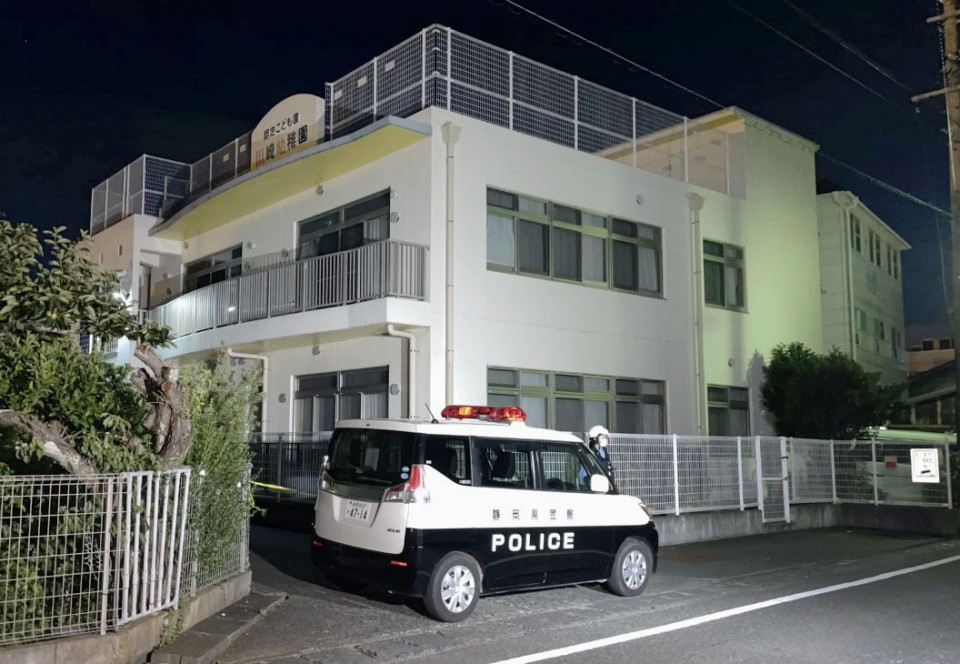 Photo shows the kindergarten where a child died on a school bus in Makinohara, Shizuoka Prefecture on Sept. 5, 2022. (Kyodo)

When a staff member boarded the bus shortly after 2 p.m. to send kindergarteners home, China was found inside. The girl's body temperature was high at the time she was transported to a hospital, according to the fire department.

A 5-year-old boy died of heatstroke in Nakama, Fukuoka Prefecture, in southwestern Japan in July 2021 after being left in a locked nursery school bus for about nine hours. The incident prompted the welfare ministry to send a notice to local municipalities to ensure proper measures are taken to prevent similar incidents.

The kindergarten in Makinohara declined to comment, citing a lack of details it can share on the incident.