A man set himself on fire on a street near the Japanese prime minister's office in Tokyo on Wednesday, apparently intending to commit suicide in protest against an upcoming state funeral for former Prime Minister Shinzo Abe, police said.

Police found a note at the scene saying, "I personally am strongly opposed" to the state funeral next Tuesday for Abe, who was slain by a gunman in July. The man, who was taken to hospital, was conscious, police said, adding that he told them he was in his 70s.

They quoted him as saying he had doused himself in oil and set himself alight. 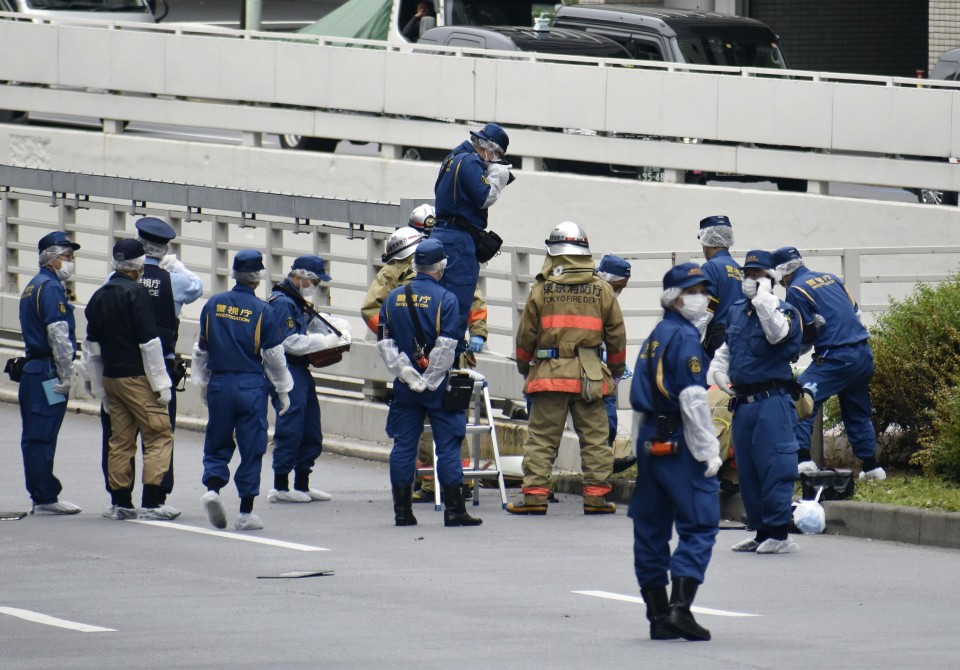 Police and fire department officers investigate the scene in Tokyo's Kasumigaseki district on Sept. 21, 2022, after a man attempted suicide by setting himself on fire. (Kyodo)

Police received an emergency call around 6:50 a.m. reporting that someone had set themselves on fire in Tokyo's Kasumigaseki district, where most of the country's government ministries and Diet building are located.

The incident took place as police strengthen security ahead of Tuesday's state funeral for Abe, who was fatally shot during a July 8 campaign stump speech.

Recent polls have shown that a majority of people in Japan oppose a state funeral for Abe, as dubious relations between Liberal Democratic Party lawmakers and the Unification Church, founded in South Korea in 1954 and labeled a cult by critics, have come under scrutiny following his death.

The suspect in the shooting said the church had caused his mother to suffer financial ruin and that he believed Abe had supported the church.

No damage to any of the nearby buildings was reported following the incident.