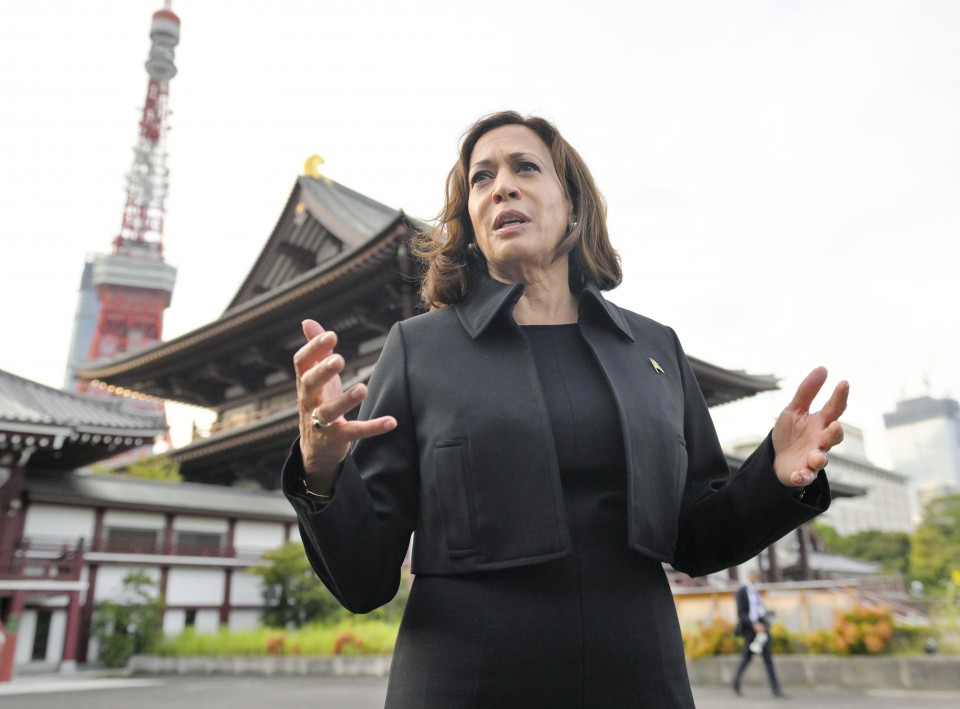 TOKYO/BEIJING - Japanese and Chinese leaders exchanged messages to mark the 50th anniversary of the normalization of diplomatic ties on Thursday, with little mood for a grand celebration as tensions remain over a territorial row and a deepening rift between Beijing and Western nations over Taiwan.

TOKYO - Japan's lower house chief admitted Thursday to having had some connection with the Unification Church, amid growing calls for him to explain his suspicious ties with the controversial religious group.

Hiroyuki Hosoda, the speaker of the House of Representatives, said in a statement that he delivered speeches twice at ceremonies and took part in two other gatherings between 2018 and 2019, all of which were hosted by the church or affiliated groups.

SEOUL - U.S. Vice President Kamala Harris on Thursday visited the Demilitarized Zone dividing the two Koreas a day after Pyongyang test-fired ballistic missiles, in a show of Washington's commitment to the defense of the South.

Before winding up her four-day trip to Japan and South Korea with the visit to the zone, South Korean President Yoon Suk Yeol and Harris denounced North Korea for its flurry of missile tests.

TOKYO - A new economic package to be drawn up next month will focus on mitigating the blow from rising prices and a weaker yen, spurring wage growth and revitalizing the economy through investment, Japanese Prime Minister Fumio Kishida said Thursday.

In addition to "bold measures" focusing on the three priority areas, the package would also include launching a new mechanism to help cope with higher electricity bills amid surging natural gas prices caused by Russia's war in Ukraine, Kishida told reporters, adding that the details have yet to be worked out.

Taiwan hoping to boost ties with Japan as anniv. marked with China

TAIPEI - Taiwan expressed hope to strengthen security and economic cooperation with Japan on Thursday, the day Tokyo marked the 50th anniversary of the normalization of diplomatic relations with Beijing.

Taiwan Foreign Ministry spokeswoman Joanne Ou said the self-ruled island and Japan are "friends who share fundamental values such as freedom, democracy, and the rule of law," even though formal diplomatic ties were severed half a century ago.

TOKYO - Japan's Defense Ministry on Thursday apologized to a former female member of the Ground Self-Defense Force after an internal probe confirmed that she had been sexually assaulted by colleagues.

The investigation found that Rina Gonoi, 23, had been subjected to sexual harassment, including sexually explicit comments, on a daily basis, and been the victim of other forms of abuse from fall 2020 through August last year, including being pushed down during training.

TOKYO - Japan will take on England in a women's friendly match on Nov. 11 in Spain, the Japan Football Association said Thursday.

The 11th-ranked Nadeshiko Japan will face the fourth-ranked England, who won the European Championship in the summer, in Murcia as both teams step up their preparations for the World Cup next summer in Australia and New Zealand.