Philippine President Ferdinand Marcos Jr. on Thursday witnessed the opening session of the Bangsamoro parliament, signaling his government's commitment to seeing through the largely Muslim region's transition to self-rule.

The interim body, known by its acronym BTA, is tasked to ensure the region's readiness to hold a regular election for self-rule in 2025.

"As your president, I assure you, the BTA and all the Bangsamoro people, of this administration's full and unwavering commitment to the peace process and to BARMM," said Marcos, clearing early doubts on how he will tackle armed conflict in Mindanao. 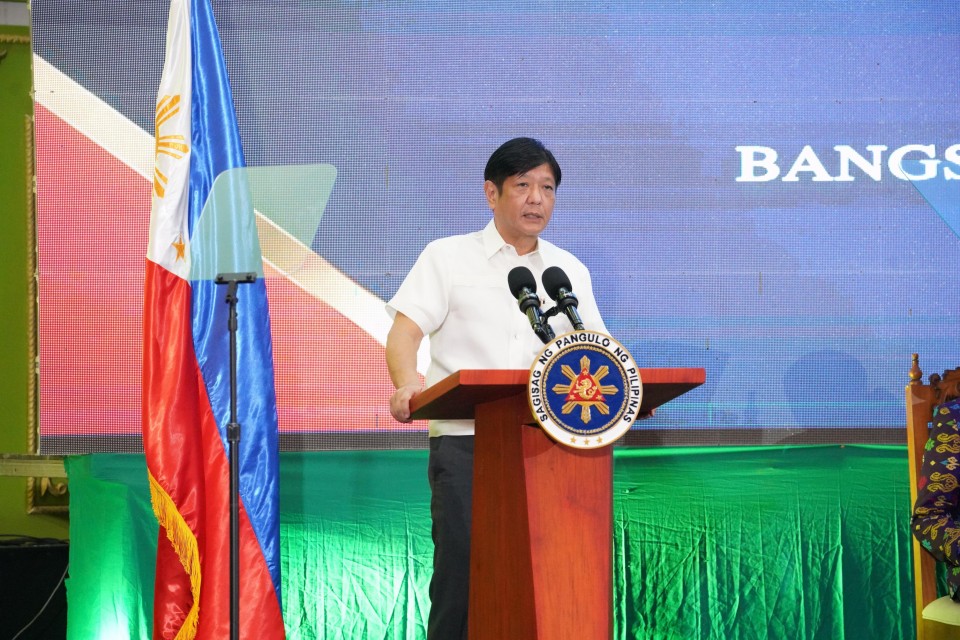 BARMM refers to the Bangsamoro Autonomous Region in Muslim Mindanao.

Under the 2018 Bangsamoro Organic Law, which paved the way for the creation of the Bangsamoro Autonomous Region, the transition period should have ended this year.

But the Philippine government decided to extend it by three years to give more time for the passage of crucial legislation such as on election and revenue generation.

In a separate event in Manila last Tuesday, Japanese Ambassador to the Philippines Kazuhiko Koshikawa said "it is highly encouraging that the Marcos administration is prioritizing the peace process."

The Moros had a history of atrocities committed against them by the country's military during the martial law of Marcos' namesake father and late dictator.

But Ahod Ebrahim, who was reappointed by Marcos as interim BARMM chief minister, expressed his commitment to Marcos' government.

"The peace process started during your father's time and it would be a fitting end to this long journey if we could complete the process during your administration," Ebrahim said.