Typhoon Muifa brought strong winds overnight into Tuesday as it passed a group of islands in Japan's southernmost prefecture of Okinawa on its slow trajectory toward the East China Sea, the weather agency said.

With adverse conditions expected to continue into Wednesday, the Japan Meteorological Agency is urging caution against powerful winds and high waves and mudslides. 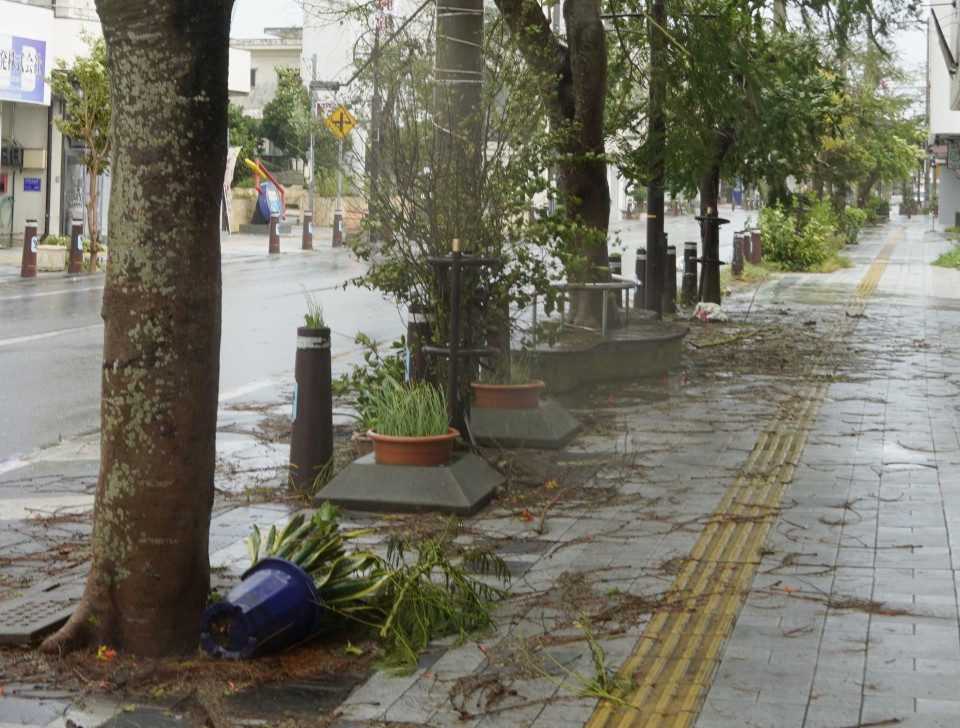 Leaves are scattered on a street in the city of Miyakojima, Okinawa Prefecture, on Sept. 12, 2022, as powerful Typhoon Muifa passes through southwestern Japan. (Kyodo)

The season's 12th typhoon was located 160 kilometers north of Okinawa Prefecture's Ishigaki Island at 10 a.m., and moving northward at a pace of about 10 kilometers per hour, the agency said. It had an atmospheric pressure of 955 hectopascals and maximum wind speeds of up to 216 kph.

The typhoon is projected to continue traveling north toward mainland China on Thursday, the agency also said.

Maximum wind speeds in Okinawa on Tuesday are forecast to reach as high as 180 kph, the weather agency said, with top speeds of 90 kph on Wednesday. It also forecast 100 millimeters of rainfall in Okinawa for the 24-hour period ending 6 a.m. Wednesday.

The weather agency also said that a low pressure system currently in waters south of Japan could develop into another typhoon, and that depending on its trajectory it may approach the southwestern Kyushu region and Okinawa Prefecture by the coming long weekend spanning Saturday to Monday.