With the world facing the prospect of more extreme weather events including droughts, Japan is one of a number of countries making efforts to advance artificial rain technology to help mitigate water shortages when rainfall is sparse.

In Tokyo, metropolitan authorities set up artificial rain generators on the eve of the Tokyo Olympics and Paralympics last year with the aim of increasing the amount of water stored in dams during dry spells. 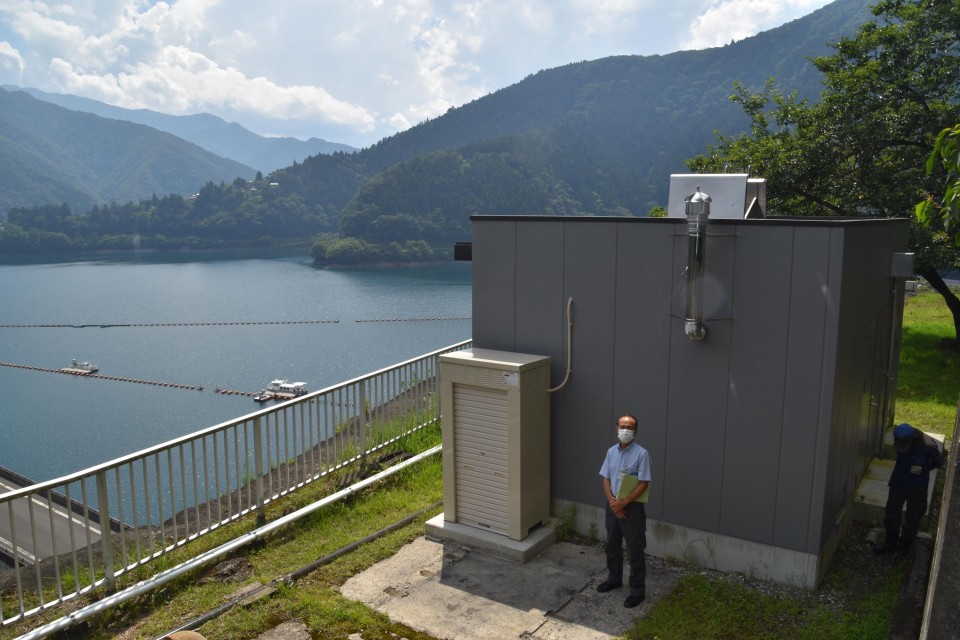 One is erected inside a newly built shed near the Ogouchi Dam, upstream of the Tama River system in Okutama, western Tokyo. Pipes stretch around a silver-colored tank connected to a retractable roof in the facility, dubbed the "Ogouchi Smoke Station."

"The material that will become the seeds of raindrops is blown into the sky from here," explains Tetsuo Nakamura, head of the management office of the Ogouchi reservoir, located some 65 kilometers west of the Japanese capital.

In the "seeding" process, smoke generated by burning liquid silver iodide mixed with acetone is emitted from the facility, with the silver iodide becoming the nucleus around which water condenses to form a raindrop.

It is a method of weather modification that experts admit has limited effectiveness and almost no practical application today. Nevertheless, the metropolitan government has three more generators at sites on the west side of the dam in Yamanashi Prefecture.

According to the Tokyo government, silver iodide is a substance that is hard for the body to absorb, and there have been no reports of harmful effects of man-made rain on the human body or environment.

Tokyo introduced artificial rain generators in 1965. But due to aging, it jointly developed new models with the Meteorological Research Institute of the Japan Meteorological Agency, having replaced two old generators at a cost of 80 million yen ($570,000) since 2020.

With the use of overseas know-how, the city was able to improve the combustion method and concentration of the solution, enabling a more efficient way of dispersing the raindrop nuclei than is usual, a metropolitan government official said.

However, only 5 percent of rainfall can be expected to be increased using the rain generator, and only if certain weather conditions, such as wind direction, are met.

Although the rain generators were made available to address a possible water shortage during the Olympics and Paralympics, there were no opportunities to operate them. 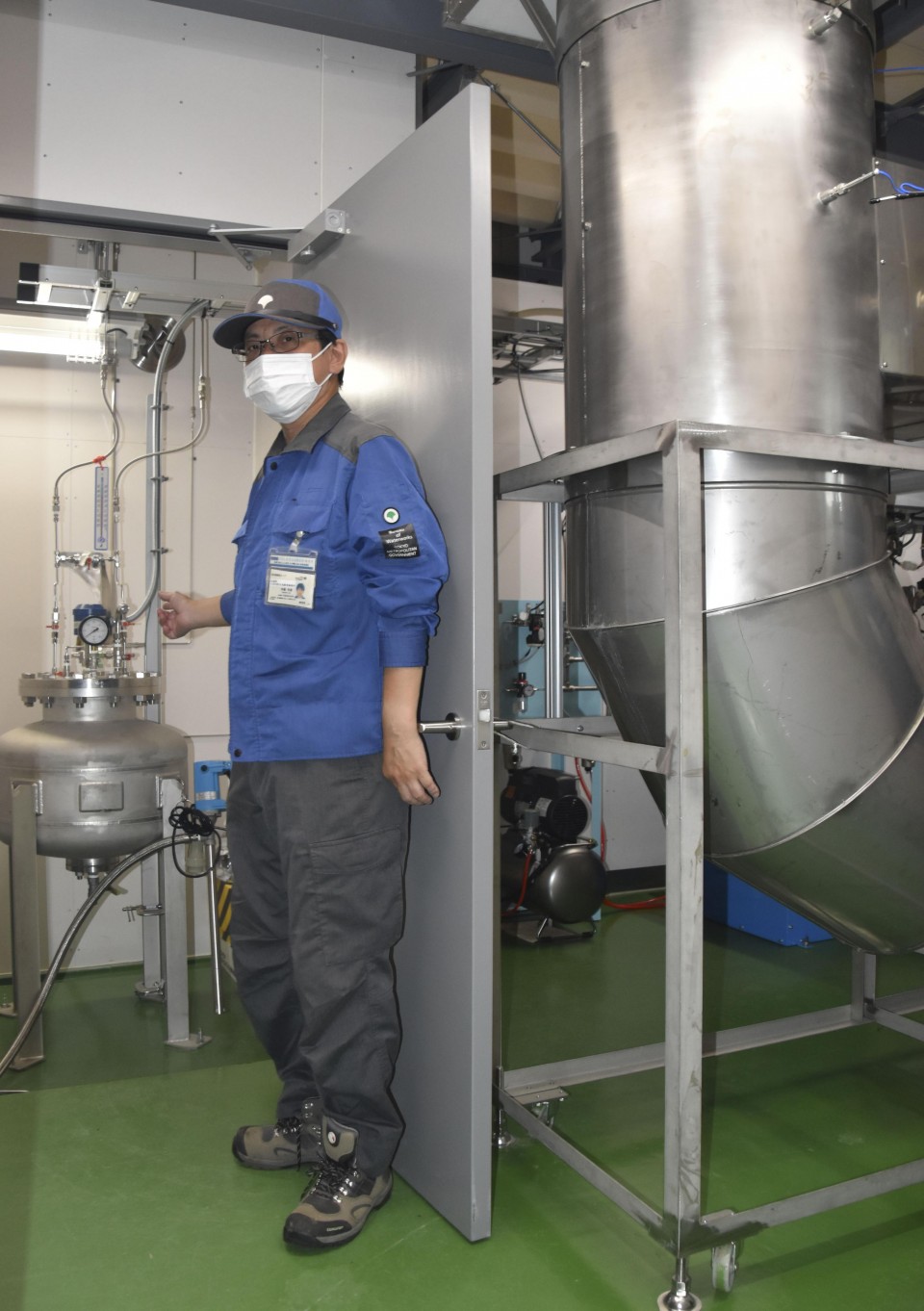 Photo taken on Aug. 1, 2022, shows inside the "Ogouchi Smoke Station," used as an artificial rain device. A liquid placed inside a tank (L) is vaporized and the smoke emitted into the sky from the facility in Okutama, western Tokyo. (Kyodo)

Since 1965, the devices have been operated for about 800 days, and have not been put to practical use since 2001. Although there were droughts in 2013 and 2016, the machines were operated only on a trial basis, partly because of the development of water sources other than the Tama River system.

"Artificial rain generators alone cannot solve water shortages," the metropolitan government official said. "But just the fact of operating them implicitly conveys the seriousness of a situation to citizens and is a way of asking for their cooperation in restricting their water intake."

Artificial rain technology has been adopted by 50 countries around the world, including Thailand, which experiences severe water shortages during its dry season.

In Japan, research into weather modification started in the 1950s. Masataka Murakami, a specially appointed professor at Nagoya University who was involved in the development of rain generators for the Tokyo government, said their effects on increasing rain and snow have been "scientifically proven" in recent years.

To increase rainfall more reliably, the Tokyo government had considered using aircraft to seed clouds directly with the core substance for raindrops but gave up the plan because of high maintenance costs.

Speaking about the potential benefits of further research in artificial rain production, Murakami said, "In addition to artificial rainfall, if it becomes possible to artificially adjust the amount and location of rain and snow in the future, it may be used to reduce torrential rain and other disasters."