President Joe Biden said in an interview aired Sunday that U.S forces would defend Taiwan if it is attacked by China, the clearest response yet to the issue of whether the United States will come to the aid of the self-ruled island.

The remarks may be seen as a shift in Washington's long-standing policy to maintain "strategic ambiguity" regarding the use of military force in response to a Chinese attack on Taipei. The president has made similar suggestions in the past that have not amounted to an official policy change. 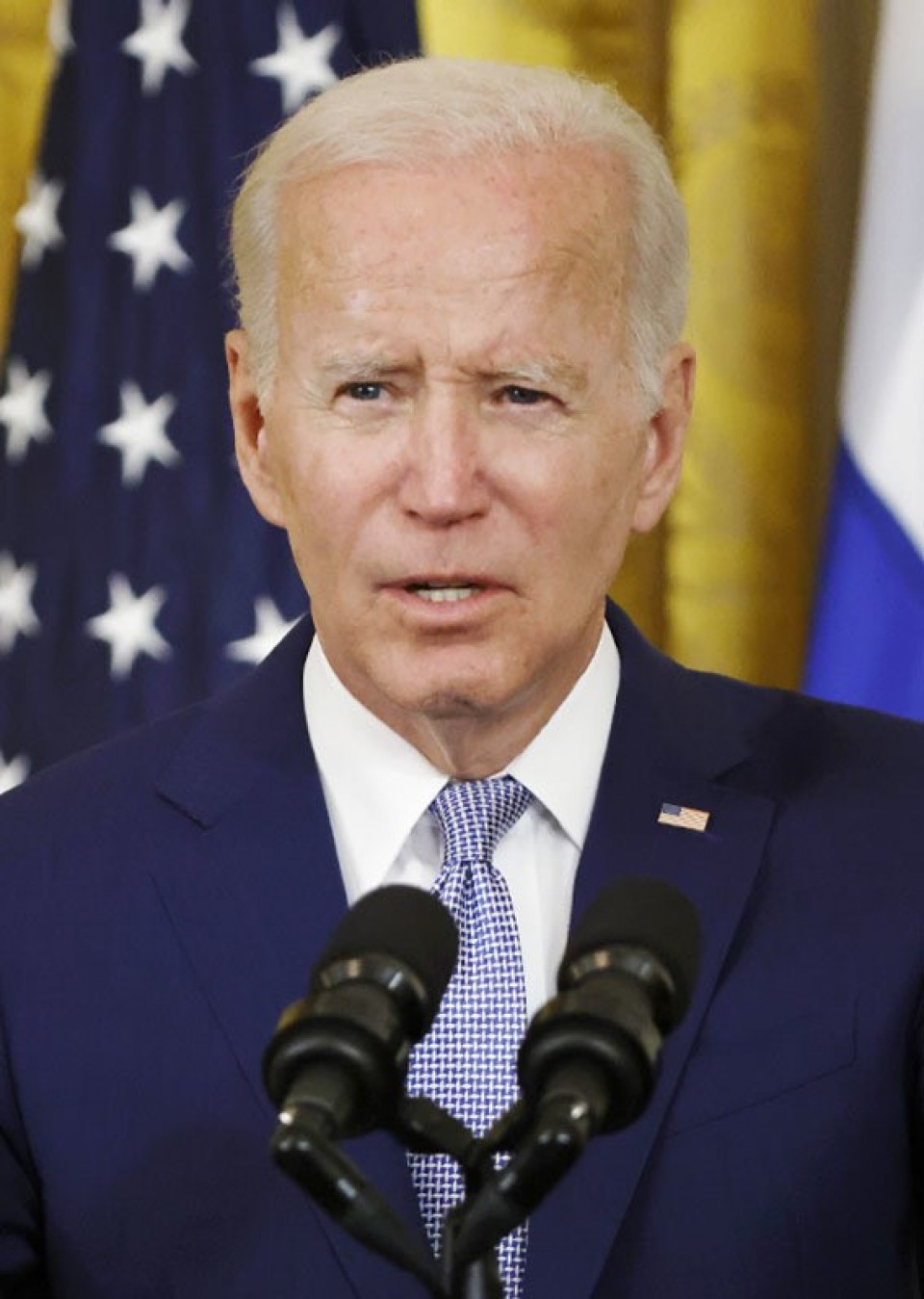 Biden said in the CBS News interview that the United States is not encouraging Taiwan to become independent. But asked if the U.S. forces would defend the democratic island, the president said, "Yes, if in fact there was an unprecedented attack."

The interviewer sought to clarify Biden's view by pushing him on whether U.S. military personnel, unlike what has been the case in Russia's invasion of Ukraine, would defend Taiwan in the event of a Chinese attack, and the president said, "Yes."

According to CBS News, a White House official later said U.S. policy on Taiwan has not changed.

Chinese Foreign Ministry spokeswoman Mao Ning said at a press conference in Beijing on Monday that China "deplores and firmly opposes" the remarks by Biden and made "solemn representations" to Washington.

She said Beijing urges Washington to "fully understand the extremely important and highly sensitive nature of the Taiwan question" and "refrain from sending any erroneous signal to the 'Taiwan independence' separatist forces so as to avoid any further damage to China-U.S. relations."

The United States changed its diplomatic recognition from Taipei to Beijing in 1979 but has maintained unofficial relations with Taiwan and supplies the island with arms and spare parts to maintain sufficient self-defense capabilities.

The strategic ambiguity policy was adopted after Washington switched diplomatic recognition from Taipei to Beijing.

The policy is intended not only to deter China from using force against Taiwan but also to dissuade Taiwan from seeking independence, as neither Beijing nor Taipei can be certain the United States would intervene to defend the island should a conflict arise.

Some lawmakers in the United States have called for "strategic clarity" to deter Beijing, as the Asian country increases its military activity in the region and the pressure on Taiwan.

Biden caused consternation with comments he made on Taiwan in May when he was asked if the United States is willing to get involved militarily if China were to advance on the territory.

Speaking at a joint press conference with Japanese Prime Minister Fumio Kishida in Tokyo, the U.S. president said, "Yes. That's the commitment we made."

Biden at that time denied any change in U.S. policy toward Taiwan.

U.S. reiterates "strategic ambiguity" over Taiwan has not changed