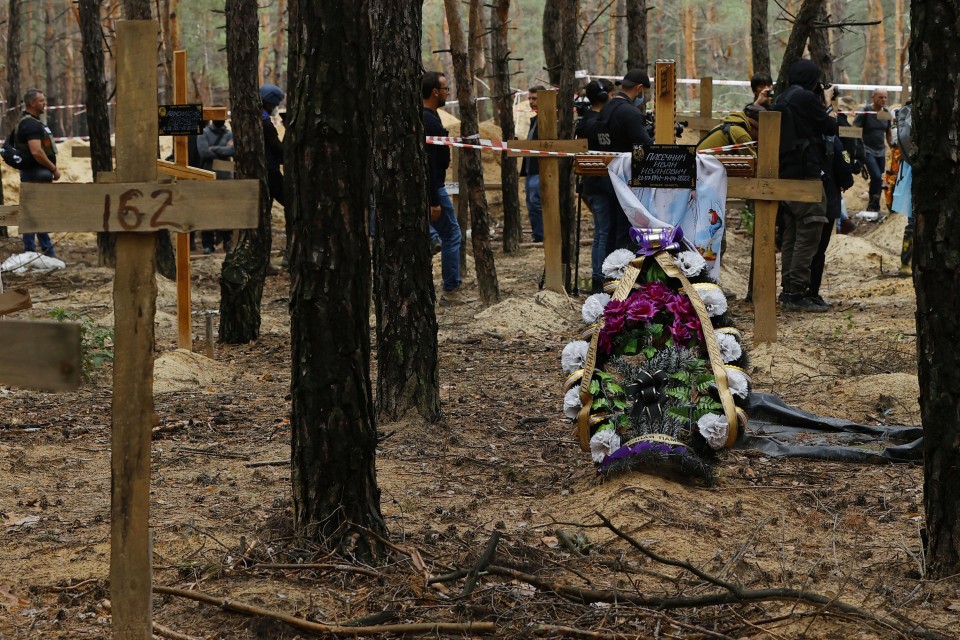 SEOUL - South Korea has detected signs that North Korea is preparing to launch a ballistic missile from a submarine, the South Korean presidential office said Saturday, a day after a U.S. aircraft carrier arrived for joint drills.

The South Korean military said there is activity in the North suggesting preparations for the firing of a short-range SLBM off its eastern coastal city of Sinpo, according to South Korea's Yonhap News Agency.

NEW YORK - U.S. Secretary of State Antony Blinken on Friday told his Chinese counterpart Wang Yi that preserving peace and stability over Taiwan is "critical" to regional and global security amid growing tensions over the self-ruled democratic island.

But there were no signs of the two sides ironing out their differences over Taiwan, with Wang warning that the United States is sending "a very wrong and dangerous signal" to the island, which Beijing views as its own, by publicly claiming it is ready to defend the territory, according to Chinese state-run Xinhua News Agency.

TOKYO - Japan is planning to include Taiwan among the names of countries to be read aloud during flower offerings at former Prime Minister Shinzo Abe's state funeral next week, government sources said Saturday.

The plan appears to have been made out of consideration for the close ties Abe had built with Taiwan until he was killed by a shooter during a campaign event in early July. If carried out, the sources said Japan is likely to refer to the self-ruled island as Taiwan, not by its official Republic of China name.

NEW YORK - Japan's foreign minister said Friday he and his Chinese counterpart were unable to hold talks in New York, but that he will continue to seek dialogue as the two countries work to ease tensions over Taiwan, ahead of the 50th anniversary of the normalization of diplomatic ties next week.

Yoshimasa Hayashi, who had expressed willingness to meet bilaterally with Wang Yi on the fringes of the U.N. General Assembly, told reporters before wrapping up his five-day trip in New York that talks did not materialize due to scheduling conflicts.

BEIJING - A two-day event commemorating the 50th anniversary of the normalization of Japan-China diplomatic relations next week kicked off Saturday in Beijing, with organizers hoping to attract Chinese people unfamiliar with Japanese culture through programs featuring food, music and animation, among others.

As part of measures to prevent the spread of COVID-19, the event at a Beijing shopping mall where 70,000 people visit daily adopted pre-recorded video footage and online exchanges, providing chances for visitors to get glimpses of Japan while the pandemic-induced travel restrictions remain in place.

TOKYO - Toyota Motor Corp. said Friday it has decided to exit from auto production in Russia, saying it sees no prospect of resuming already suspended output as supplies of key materials remain disrupted seven months into Moscow's war against Ukraine.

Toyota, which halted operations at its plant in St. Petersburg in March due to supply chain issues, is the first major Japanese automaker to announce its withdrawal from vehicle manufacturing in Russia.

SAPPORO - A body discovered a week ago on the beach near Japan's scenic Shiretoko Peninsula was confirmed to be that of the captain of a tourist boat that sank nearby in April, leaving more than 10 people dead, the coast guard said Saturday.

The 19-ton Kazu I, carrying 24 passengers and two crew members, made a distress call and disappeared on April 23 after leaving Utoro port in Shari for sightseeing along the peninsula of the northernmost main island of Hokkaido, despite a forecast for rough weather.

TOKYO - No. 3 maegashira Tamawashi moved to within one win of his second top-level championship at the Autumn Grand Sumo Tournament after blowing away No. 1 Tobizaru on Saturday.

Improving to 12-2 on Day 14, the 37-year-old Mongolian iron man will head into the final day at Ryogoku Kokugikan with only one remaining challenger for the title, No. 4 Takayasu (11-3), who defeated sekiwake Hoshoryu.