U.S. Vice President Kamala Harris visited the Demilitarized Zone dividing the Korean Peninsula on Thursday, a day after Pyongyang test-fired ballistic missiles, in a show of what she called her country's "ironclad" commitment to protecting South Korea.

As Harris toured key sites within the DMZ, she said North Korea poses threats to the region and stressed that the United States shares with South Korea the goal of "complete denuclearization" of the peninsula.

"In the north, we see a brutal dictatorship, rampant human rights violations and an unlawful weapons program that threatens peace and stability," she said.

During her visit to the highly fortified zone, about 257 kilometers long and 4 km wide, which followed a meeting with South Korean President Yoon Suk Yeol in Seoul, she also expressed gratitude for the work of U.S. military personnel. 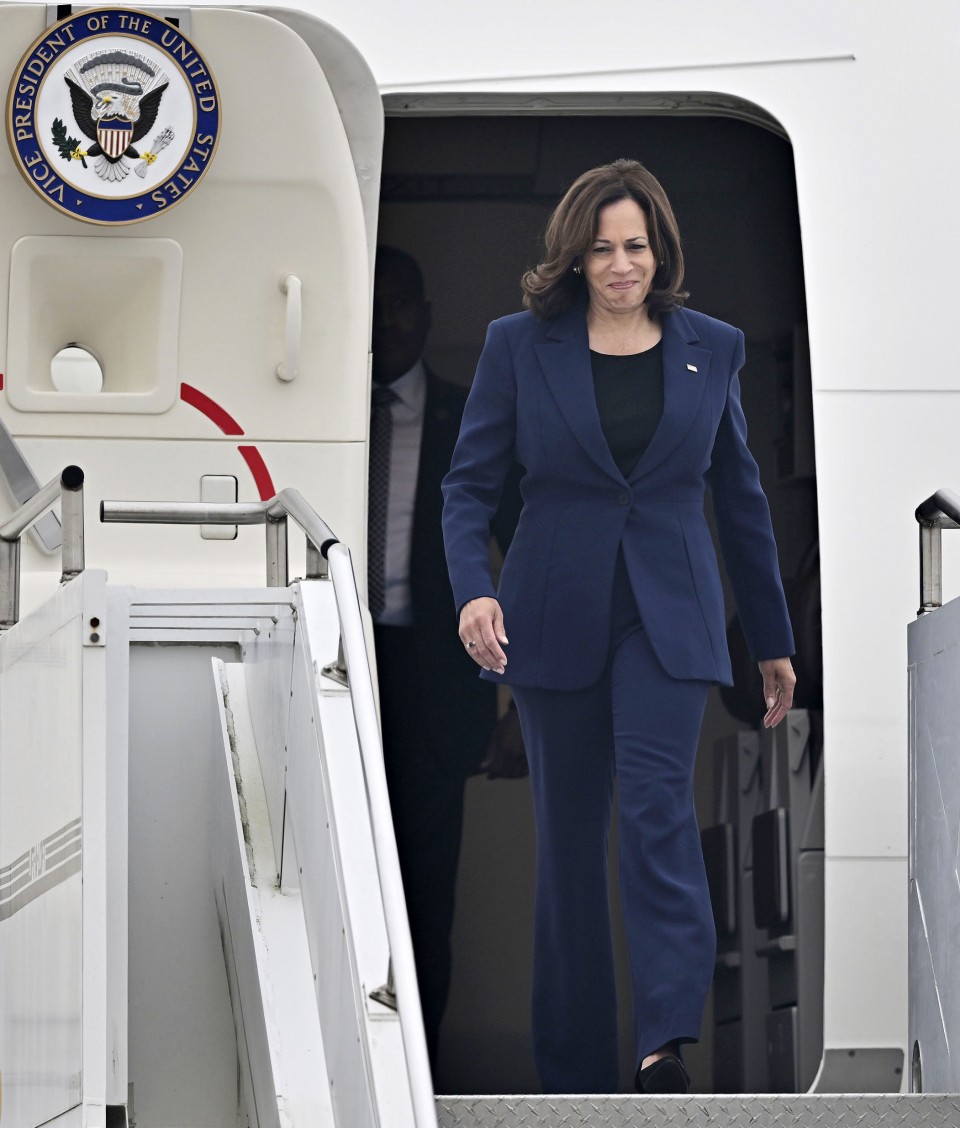 Before winding up her four-day trip to Japan and South Korea with the visit to the DMZ, Yoon and Harris condemned North Korea's "provocative nuclear rhetoric and ballistic missile launches" and discussed their "response to potential future provocations, including through trilateral cooperation with Japan," according to the White House.

At their talks, Harris said the long-standing alliance is "a linchpin of security and prosperity on the Korean Peninsula and in the Indo-Pacific."

Yoon, who also described the alliance as a linchpin that defends the freedom of Koreans, said he will do his "utmost to further strengthen" the relationship.

Harris' one-day visit to South Korea, her first to the country since becoming vice president, comes on the heels of North Korea's firing of two short-range ballistic missiles toward the sea off its east coast that followed a launch Sunday, amid concern that Pyongyang may conduct its seventh nuclear test and first since September 2017.

The launches, continuing a record pace of missile testing by North Korea this year, were carried out after a U.S. aircraft carrier and its strike group arrived in South Korea for the countries' first joint naval exercise near the Korean Peninsula in five years.

Japan said it would join the naval exercise on Friday. According to the country's Maritime Self-Defense Force, it will be the first trilateral drill in waters around Japan since December 2017, when North Korea was also conducting a series of ballistic missile tests.

According to South Korea's Defense Ministry, the trilateral drill, involving the aircraft carrier and a number of warships, will be commanded by the United States and focus on "detecting, identifying and tracking" submarines.

The last U.S. vice president to visit the DMZ was Mike Pence in 2017, two years before then President Donald Trump went to the zone to meet with North Korean leader Kim Jong Un.

During his 85-minute talks with Harris, in addition to North Korea, Yoon, who assumed office in May, discussed ways to strengthen bilateral cooperation, including in the area of economic security, South Korea's presidential office spokesman Lee Jae Myung told reporters.

Yoon also touched on the U.S. Inflation Reduction Act and conveyed South Korean automakers' concern that it could exclude them from tax incentives available only for electric vehicles assembled in North America, according to Lee.