Two-way star Shohei Ohtani hit safely in his 12th straight game, the longest streak of his major league career, during the Los Angeles Angels' 4-3 win against the Oakland Athletics on Tuesday.

Batting third as the designated hitter, Ohtani set a new benchmark in the first inning when he lined a 1-1 pitch from James Kaprielian for a double off the wall in left-center at Angel Stadium.

After both teams scored three runs in the second, Ohtani singled to left in the third off the right-hander as he went 2-for-4 on the night.

Jo Adell singled in the go-ahead run off A.J. Puk in the eighth.

The Chicago Cubs' Seiya Suzuki returned to the team from paternity leave but did not take part in their 2-1 win over the Philadelphia Phillies. 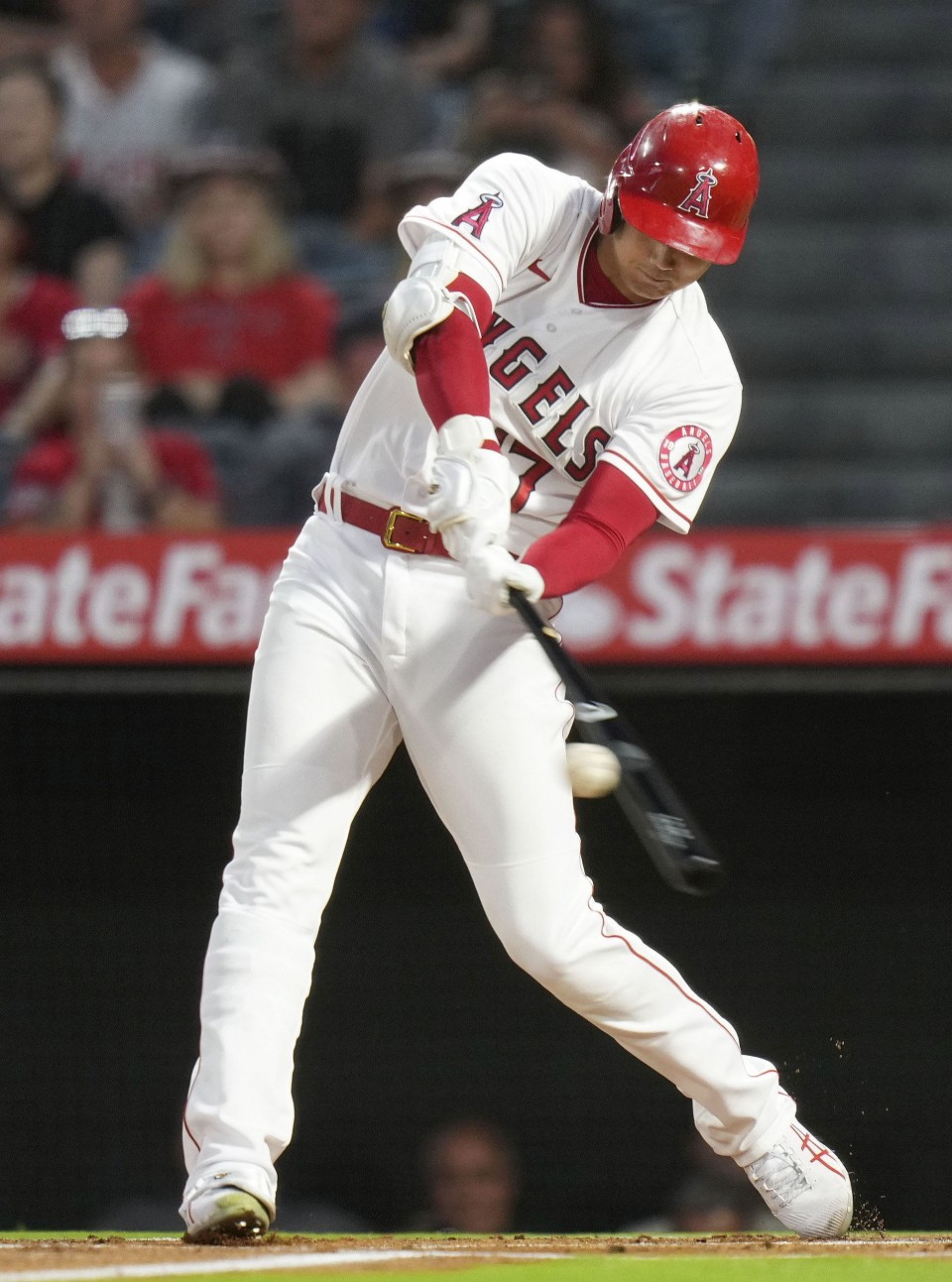 Shohei Ohtani of the Los Angeles Angels hits a double in the first inning of a baseball game against the Oakland Athletics on Sept. 27, 2022, at Angel Stadium in Anaheim, California. (Kyodo) ==Kyodo