Tokyo Games gold medalist Sena Irie has decided to trade the boxing ring for the laboratory and field research, where she will pursue her passion for frogs and toads.

The Olympic women's featherweight champion said Friday she has been accepted into graduate school at the Tokyo University of Agriculture and Technology and plans to study the amphibians.

"I was worried (about getting in), but now I'm really happy," Irie said.

"I'm a fan of the Japanese common toad and want to research its ecology. I want to study hard and spread the word about it."

The 21-year-old Tottori Prefecture native will hang up her gloves for good following graduation from Nippon Sport Science University next spring.

Irie revealed her love for the study of frogs at last summer's Tokyo Games, where she became the first Japanese woman to reach an Olympic boxing podium. 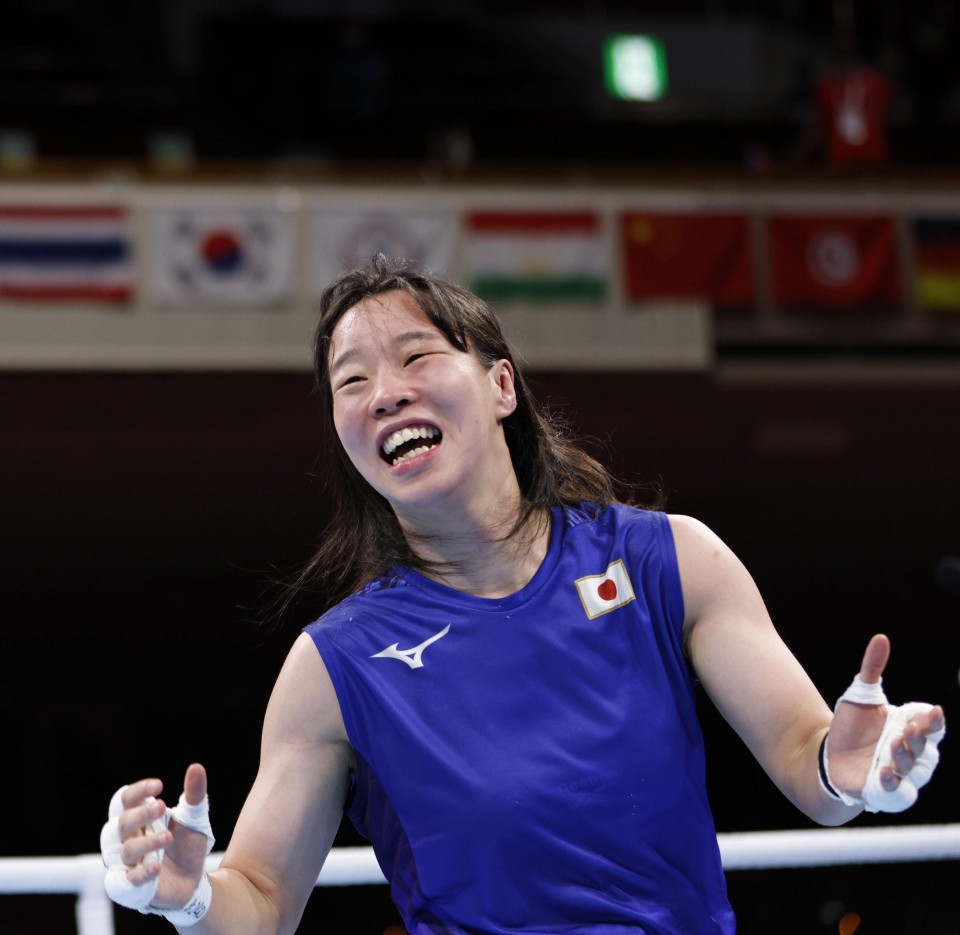 Sena Irie of Japan reacts after winning the women's featherweight boxing final of the Tokyo Olympics against Nesthy Petecio of the Philippines on Aug. 3, 2021, at Kokugikan Arena. (Kyodo)

Picture books of frogs were among the gifts she received from fans in the wake of her unanimous victory over Nesthy Petecio of the Philippines in their final at Tokyo's Ryogoku Kokugikan.

Before making her leap to academia, Irie plans to compete one last time at November's national championships.

"I want to give my all in boxing until the very end," she said.