Japanese Prime Minister Fumio Kishida and his British counterpart Liz Truss on Tuesday agreed to sign a bilateral defense cooperation pact at an early date and to step up talks on a proposal to jointly develop a fighter jet, according to Japan's government.

During their first meeting since Truss took office earlier this month, the leaders also shared "serious concern" about attempts to unilaterally change the status quo by force in the East and South China seas, the Japanese Foreign Ministry said, as China's maritime activities increase there. 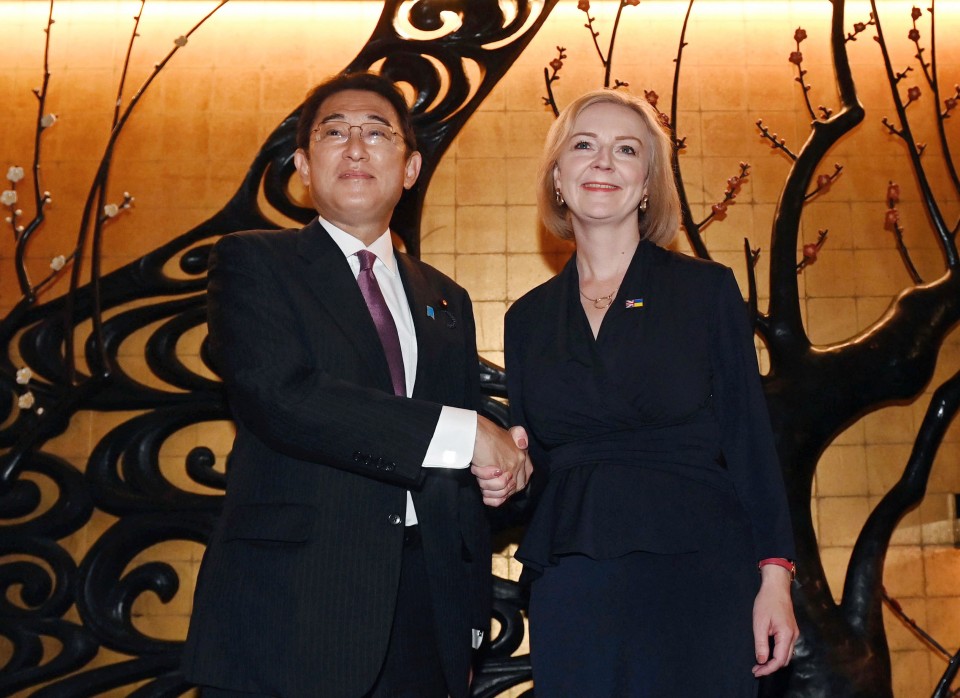 The two leaders met on the fringes of the U.N. General Assembly's general debate session in New York.

Referring to the "tilt to the Indo-Pacific" policy that Britain introduced last year, Kishida expressed hope that Tokyo and London can cooperate more closely than ever to tackle global challenges, according to the ministry.

At a meeting in May, Kishida reached a basic agreement with Truss' predecessor Boris Johnson to enhance bilateral defense cooperation including allowing the Japanese Self-Defense Forces and the British military to engage in joint training and disaster relief efforts.

Kishida and Johnson also said the two countries would seek to reach an agreement on the "whole picture" for future collaboration in the proposed fighter jet development by the end of this year.

At the Tuesday summit, Kishida and Truss also vowed to deepen cooperation on ensuring economic security and energy supplies, the ministry said.

Kishida expressed condolences to Truss over the death of Britain's Queen Elizabeth II at the age of 96 days after Truss became the British leader.